A Brief History of The Houses of Parliament 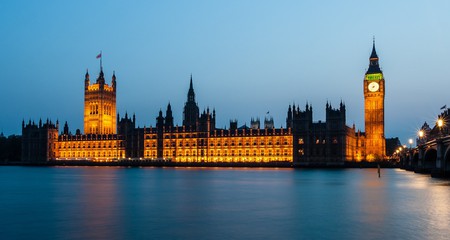 The UK’s Houses of Parliament have been a feature of the River Thames skyline for nearly 300 years in their current form, but the real history goes back much, much further. Here’s a quick guide to the history of the Houses.

The Houses of Parliament have had royal association since the early 11th century when Canute the Great of Denmark ordered a palace be built for him on the swampy banks of the Thames. Until a fire claimed the palace in 1512, English royalty stayed put next to the grand Westminster Abbey. Royal Council met next door in Westminster Hall, which was also the site of the first meeting of Parliament in 1265, though Parliament looked very different from how we know it today. Even up until the 16th century, it was little more than the king meeting with his nobles to raise money for war or to settle land disputes.

After the fire, King Henry VIII moved to Whitehall Palace and left the site for the new Houses of Parliament, which would evolve later that century into the House of Commons, the House of Lords and the Royal Courts of Justice. Never intended as anything other than a palace, in the original building, meetings and parliaments were held in the queen’s chamber. 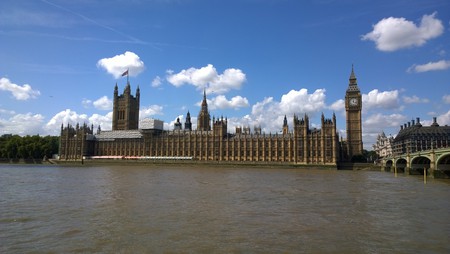 In 1834 another fire decimated the original Houses of Parliament. Charles Barry’s Gothic Revival design won a competition to recreate the building. It was at this time a long waterfront terrace was added and later reclaimed by the river. There are more than 1,000 rooms in Barry’s building, all arranged symmetrically. It took about 30 years to complete the construction, and the building has required consistent repairs almost continually ever since.

Each of the clock faces on what is now known as Elizabeth Tower tower are 7 metres in diameter. The bell, known as Big Ben, first chimed in 1859 and continues to keep time with remarkable accuracy. 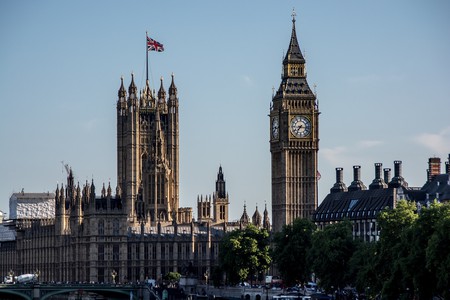 During World War II, the Houses of Parliament were hit 14 times (12 times on a single night), and it took until 1950 for all of the damage to be repaired. The complex has grown during the last century to accommodate more members of parliament, or MPS, as they are know, and it’s currently undergoing a six-year major repair effort to combat the effects of London’s air pollution.