In this collaborative series with London’s Design Museum, senior curator Alex Newson selects treasured design icons from the institution’s permanent collection: Designer, Maker, User. In this video, he unveils the history behind the iconic stackable Stool 60, designed by Alvar Aalto.

One of the Finnish designer’s most recognisable pieces of furniture, this 1930s stool represents Aalto’s signature functional style – based around three bent legs and a round seat, its seeming simplicity is the key to its success.

At the time, Aalto was one of the pioneers of wood-bending and laminating, experimenting with various different methods to achieve an efficient production method that could be replicated on a large scale. His invention of the L-leg was an incredible leap forward which led towards the mass production of Aalto’s furniture. 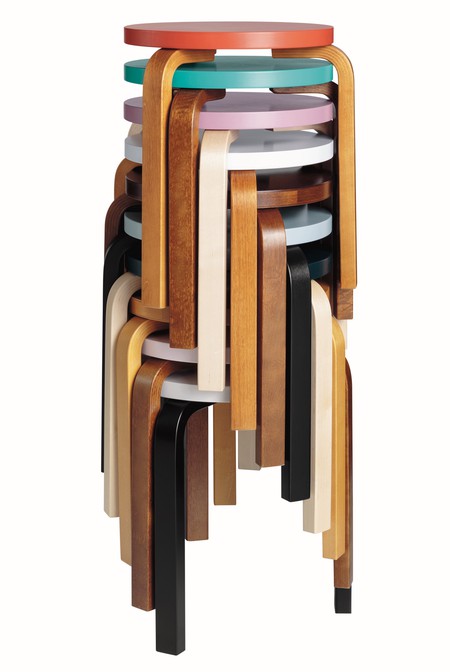 Alvar Aalto tested the sturdiness of his three-legged stool by throwing the prototype repeatedly down on the floor at the Korhonen furniture factory. Excitedly he cried out: ‘We’ll make thousands of these one day!’ He could hardly have known that he was holding a chair that Artek today has already sold in the millions.

Stool 60 was revealed to the general public for the first time in London’s Fortnum & Mason store at a major exhibition of Finnish furniture called Wood Only in November 1933. After that, orders from the UK flowed in, with 2,000 L-leg stools being exported to Britain during 1934–1935.

Due to its timeless beauty, simplicity and desirability, it was almost inevitable that imitations were bound to appear. One such famous example, which is shown in the video, is Ikea’s Frosta stool – a much cheaper four-legged version that has become an affordable staple of many modern homes today.

The original Stool 60 celebrated its 80th birthday back in 2013, and still remains a much-coveted design classic from this revolutionary Finnish designer. 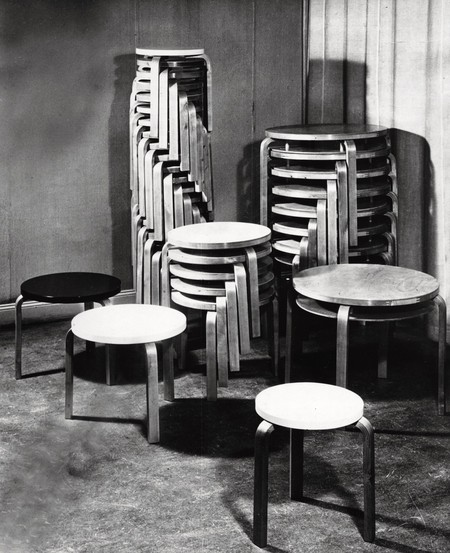