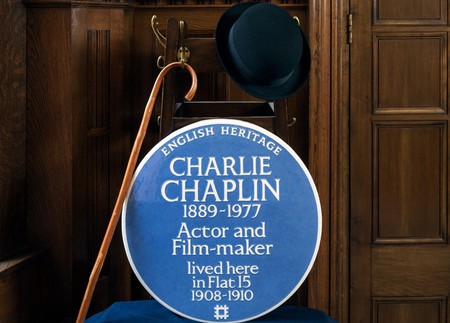 There are more than 900 blue plaques across the capital, on buildings from humble lodgings to some of London’s grandest houses, that tell the story of the city’s most famous residents. We’ve selected a few star-studded homes, highlighting famous and lesser-known figures who had a profound impact on the capital – and the world – during the 20th century.

The London blue plaque scheme, now run by English Heritage, started in 1866 and is one of the oldest in the world. Lately the association has made an effort to make sure the plaques represent everyone. Just 14% of the plaques are currently dedicated to women, so in 2016 a campaign was launched for the public to nominate more women to be honoured. There’s also plaque associations not affiliated with English Heritage, such as Nubian Jak, which puts up plaques to commemorate members of the African and Caribbean community, ensuring that the plaques are as diverse as London itself.

Undoubtedly one of the most important figures in the film industry, Sir Charles Spencer, aka Charlie Chaplin, had a humble upbringing. It was his somewhat Dickensian childhood, defined by poverty, the workhouse and eventually being orphaned with his brother, that influenced his much-loved screen persona ‘The Little Tramp’. Off the back of this first taste of success, he and his brother Sydney moved into the top-floor flat of Glenshaw Mansions in Brixton, which became their ‘cherished haven’. Chaplin fondly recalled the interior as ‘a combination of a Moorish cigarette shop and a French whorehouse’.

Chaplin had a 75-year career, and by 1918 was one of the most famous celebrities in the world. However, the 1940s saw a decline in his popularity after some scandalous marriages with young women, paternity suits and accusations of communist sympathies. In 1972 there was a renewed appreciation for Chaplin’s work and he received an Honorary Academy Award for ‘the incalculable effect he has had in making motion pictures the art form of this century’. 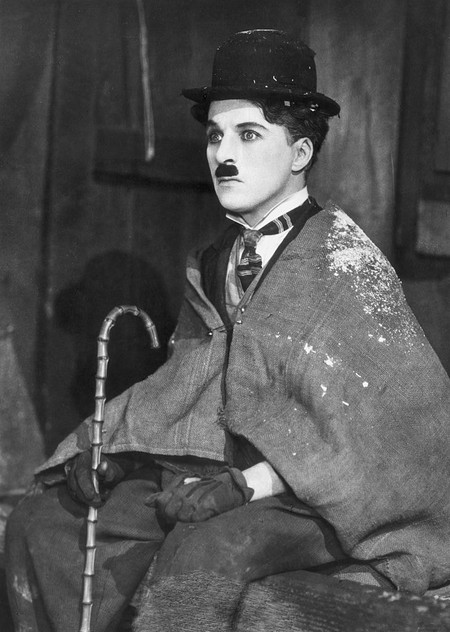 Claim to fame: One of the most popular crime-fiction writers of all time.

Of course the world’s best-selling author deserves a blue plaque! Agatha Christie, whose books have sold over two billion copies, is probably best known for her fictional detective Hercule Poirot, whose moustache is as extraordinary as his mind. Christie lived at a number of London addresses, but completed some of her most famous stories at 58 Sheffield Terrace in Kensington, where she lived with her second husband.

She wrote her first detective stories while working in a hospital during World War I, partly to win a bet against her sister that she couldn’t write a good detective story. Christie would go on to write 66 detective novels and 14 short-story collections, as well as The Mousetrap, the longest-running West End show. 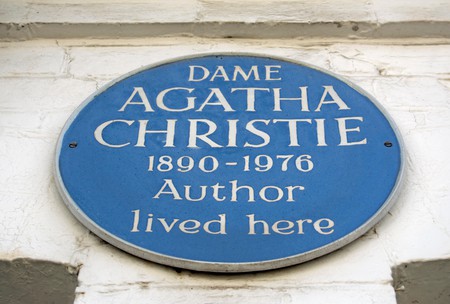 Every now and then you might come across a blue plaque that doesn’t have the English Heritage text at the top. If so, chances are it was put up by the Nubian Jak Community Trust, an African and Caribbean community organisation. One of those well-deserved plaques belong to Claudia Jones, who created the first Caribbean festival in the UK in 1959 and helped organise the first Notting Hill Street Carnival.

Jones was born in Trinidad and grew up in the USA, where she became part of the editorial staff at the Communist Party’s Daily Worker and a dedicated activist and feminist. After being deported from the USA in 1955 she came to the UK, where she started the West Indian Gazette and Afro-Asian Caribbean News, the UK’s first weekly black newspaper. Her blue plaque is located on the corner of Tavistock Square and Portobello Road, next to that of Rhaune Laslett-O’Brien, who introduced another Notting Hill street festival in 1965. The plaques honour two women who aren’t household names, but whose influence is still felt decades after they changed their communities. 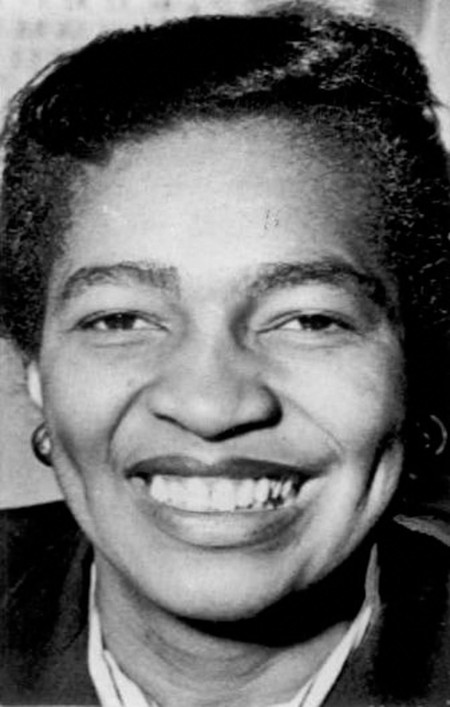 This building on Reece Mews was Francis Bacon’s studio space and home for more than 30 years, and was where he created some of his later masterpieces, including his first famous large-scale triptych, Three Studies for a Crucifixion (1962). Bacon was an early riser, often manically painting before heading out for the rest of the day to drink and gamble his way around town. Bacon was not much liked among society, with even some of his friends describing him as a ‘bilious ogre’, ‘one of the world’s leading alcoholics’ and a ‘drunken, faded sodomite swaying nocturnally through the lowest dives and gambling dens of Soho’, according to art critic Jerry Saltz in 2009. Despite this, he was undoubtedly one of the 20th century’s artistic geniuses. 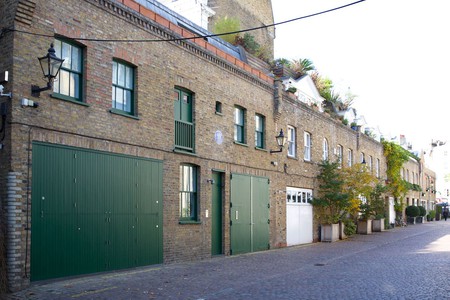 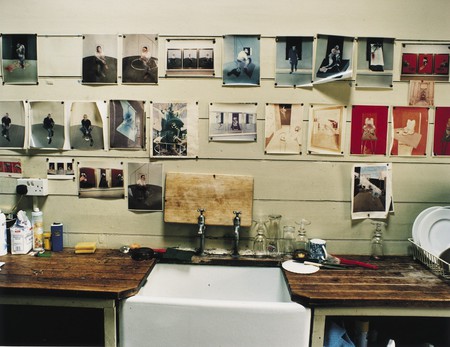 Otherwise known as Margaret Elizabeth Noble, the Scottish-Irish social worker who became ‘Sister Nivedita’ was one of Swami Vivekananda’s closest disciples, bringing the Hindu philosophical movement Vedanta to London. She became established in the UK for her progressive educational methods, which she then took to India, opening a girls’ school in Calcutta and lecturing on Hindu culture.

Vivekananda wrote to her, ‘I am now convinced that you have a great future in the work for India. What was wanted was not a man but a woman; a real lioness, to work for the Indians, women especially.’ She became one of the most influential females in Indian history, working tirelessly for educational reform and campaigning for Indian independence. 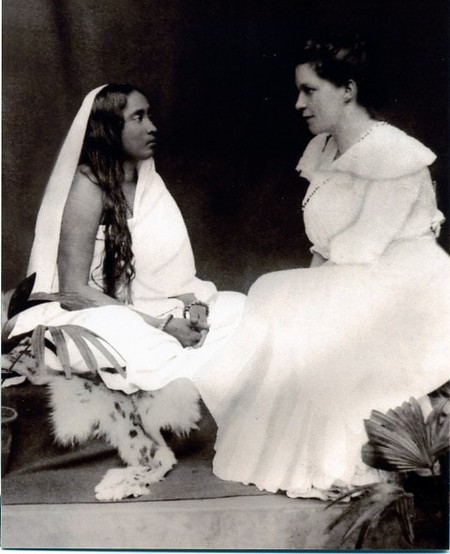 Claim to fame: One of the world’s greatest ballet dancers.

Born on the Trans–Siberian express before World War II, Nureyev’s childhood was a hard one, blighted by evacuation, poverty and hunger. It was only when he saw the ballet Song of the Cranes, aged just seven, he decided that dancing was his destiny – he took lessons, against his father’s will, and never looked back, with the Bolshoi and Kirov ballets fighting to enrol him.

However, in 1961 Nureyev defected from the USSR after he was ordered to return to the Soviet Union – concerned he’d never get to go abroad again if he went back, he spent the rest of his life travelling, but found his real success in London. It was when he was partnered with Margot Fonteyn at the Royal Ballet Company that he soared to stardom, gaining international acclaim. Nureyev couchsurfed his way around London, and even when he brought a house near Richmond Park in 1967 he found it too isolating and spent most of his time staying with friends and dance critics Nigel and Maude Gosling, who were also friends of Fonteyn. This is where the blue plaque can be found. 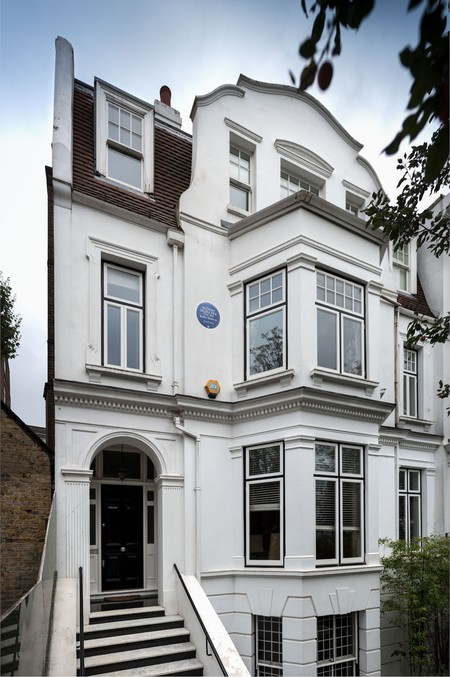 Claim to fame: The two suffragettes fought for and won women’s right to vote.

Few women have done as much for women’s rights as mother-and-daughter duo Emmeline and Dame Christabel Pankhurst. They founded the Women’s Social and Political Union and used radical tactics – the WSPU’s motto was ‘Deeds not words’ – including using civil disobedience to win women the right to vote. Emmeline was given a prison sentence in 1913 for protests that included smashing the prime minister’s windows, which ultimately helped win more support for the movement. People symphathised with the suffragettes when news of their mistreatment was reported in the papers, and in 1918, women over 30 who owned property got the right to vote through the Representation of the People Act. In 1928 it was expanded to all women over 21 years of age, but Emmeline wasn’t there to cherish the victory, as she passed away just a few weeks earlier.

Dame Christabel also advocated a militant approach to winning the vote. She lived with her mother for periods between 1917 and 1919 in the Notting Hill house where the blue plaque sits today. 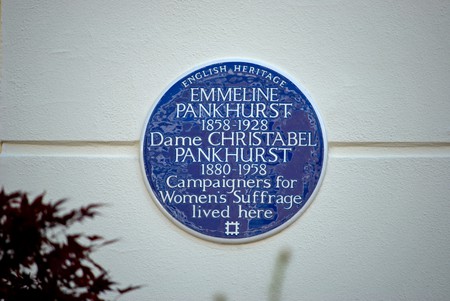 Claim to fame: Political activist and author famous for his book on cricket.

Trinidad-born Cyril Lionel Robert James doesn’t just have a library named after him (the CLR James library in Dalston); his former flat was also awarded blue plaque status in 2004. James arrived in England in 1932 and wrote about cricket for The Manchester Guardian. He also wrote books, and his novel Minty Alley (1936) was the first novel to be published by a black Caribbean author in the UK. It’s another work that he’s most famous for, however – Beyond a Boundary (1963), his memoir on cricket. It has been called one of the greatest books on sport ever written.

James was also a political activist, and he moved to the USA for 15 years in 1938, where he met Trotsky. He returned to Britain in 1953 when he was forced to leave the USA after overstaying his visa. After spending time in Ghana and Trinidad, he came back to London and lived in the flat in Brixton where the blue plaque can now be found.

Claim to fame: Singer and frontman of rock band Queen.

Rockstar Freddie Mercury was born in Zanzibar and spent most of his childhood in India, but his family moved to Middlesex in 1964. While studying graphic design at Ealing College of Art, Mercury, who used to write music before going to school in the mornings, joined a band called Smile that eventually metamorphosed into Queen. During this period in his life he lived with his family at Gladstone Avenue in Feltham, where there is a blue plaque honouring him today.

Queen was very democratic and all the members of the group wrote songs, with Mercury responsible for the hits ‘Killer Queen’, ‘Bohemian Rhapsody’ and ‘We Are The Champions’, among many others. The charismatic singer, who was named the Greatest Rock Legend of All Time in a poll in 2010, passed away from HIV complications in 1991, just one day after announcing that he had AIDS. Today he’s remembered as a musician with an incredible stage presence, as well as a gay icon. 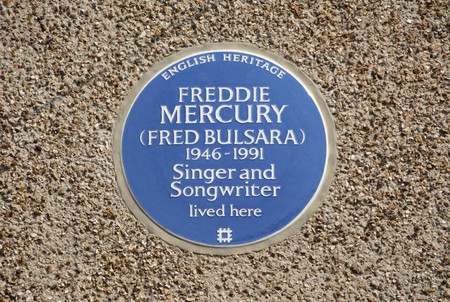 Singer and songwriter Freddie Mercury has a plaque dedicated to him in Feltham, Middlesex | © Mick Sinclair / Alamy Stock Photo

This beloved 18th-century home bore witness to 31 years of Sir John Gielgud’s highest and lowest moments, from when he was knighted in 1953 during his successful career as one of the nation’s finest stage actors, to the time when he was arrested and charged for homosexual activities a few weeks later, leading to a personal breakdown. Gielgud lived in his Grade II-listed home designed by Barton Booth, another successful actor, with a menagerie of pets, including two owls and a cockatoo.

Gielgud is one of few actors to have ever won an Oscar, a Grammy, an Emmy and a Tony and was known primarily for his Shakespearean roles. The Gielgud Theatre on Shaftesbury Avenue was renamed in 1994 in honour of the actor; Gielgud starred here in The Importance of Being Earnest in 1939, when it was still called the Hicks Theatre. 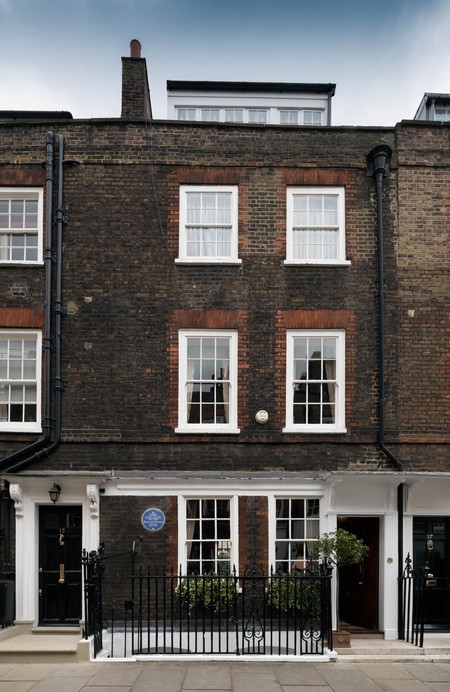 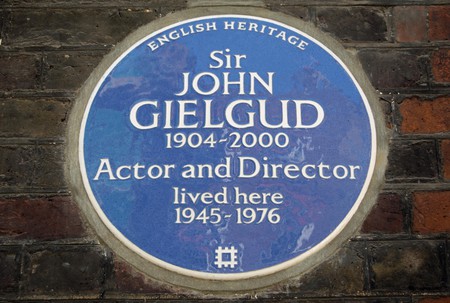