A 10-Course Culinary Tour of China... In Pimlico, London

Tasting menus are a funny quirk of gastronomy; when good, the chef can tell you a story on the plate, taking you on a fantastical food adventure. When bad, well, you’re just paying top whack for a few extra courses and being up-sold the wine flight by the sommelier. Thankfully, Andrew Wong’s menu is very much the former.

The Pimlico restaurant, originally called Kym’s, was established by Andrew’s parents in 1985. As a child, Andrew grew up in there but had no intention of becoming a chef, instead choosing to study chemistry at Oxford University, before changing to anthropology at LSE. During his time at LSE his father passed away, leaving his mother to run Kym’s and three other establishments in London. Consequently, Andrew needed to help out and so enrolled in culinary school. This was followed by a tour of China and it was there that Andrew combined his love of food, people and culture, noting down recipes, dishes and influences. 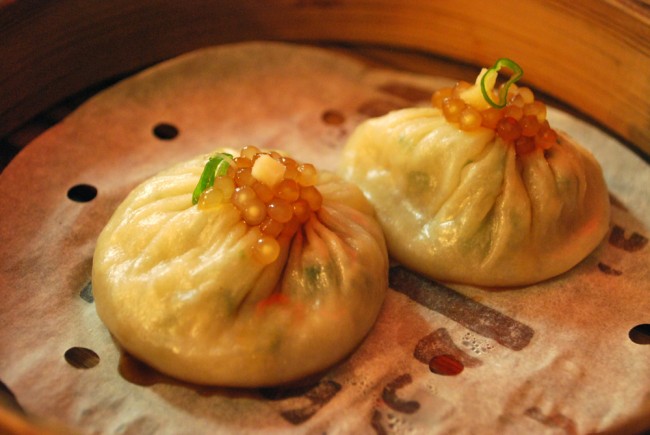 Upon his return, and after a full refurbishment and with Andrew at the pass, Kym’s became A. Wong, opening in 2012. The tasting menu has evolved over the past few years, with more dishes added to the original eight. Highlights include some great Shanghai-steamed dumplings and an interesting take on Sichuanese hot pot.

However, perhaps the most unexpected dish is the Shaanxi pulled lamb ‘burger’ with Xinjiang pomegranate salad. This region, in the far northwest of the country, borders Kazakhstan, and most of its population are Muslim. As a result, lamb and goat are the main meats eaten, not pork, while the spices used – cinnamon and cumin – and are more akin to central Asia and India.