‘New York City almost feels like a third character in the movie’, is what people always say about iconic pictures shot in The Big Apple. But we’d like to argue that London has quite a good track record of fulfilling this role, too. From modern romantic comedies to ’60s classics; London has generously shared its wonderful chemistry with the makers of many iconic films. 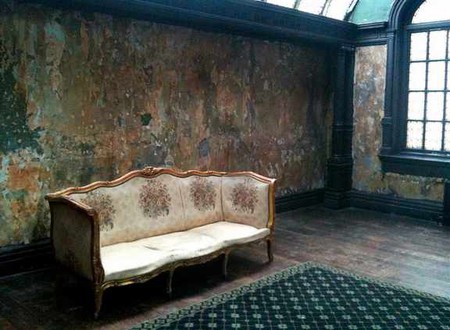 This Oscar winning adaptation of the true story of George VI, the stammering King of England, finds its main décor in the British capital. From the Duke and Duchess’ house – a typical London house in the Hyde Park area – to the consulting room in which pretty much the whole story develops, the atmosphere in this film breathes London. Through excellent use of all the historical buildings this city offers, The King’s Speech makes it very easy to help you imagine what London looked like in the 1920s.

Although Walt Disney created the entire fairytale in his California Studios – much to the annoyance of its writer P.L. Travers – London and Mary Poppins are inextricably linked. Finding out in which locations the story takes place precisely, is a challenge that occupies every true Mary Poppins fan. The lovely Banks house is said to be inspired by the residential streets around Primrose Hill, although the writer herself has never confirmed this. She might be vague about exact locations; she sure isn’t when it comes to describing the atmosphere and characteristics, having enabled Disney Studios to give the film a true London feeling. 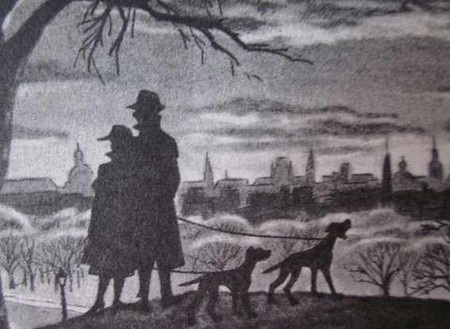 It doesn’t get more London than this. For children all over the world (except those lucky enough to be born in in the city, of course) this must be the main reference of what London looks like. The story takes place in the streets of London, with recognisable houses that are – again – said to be inspired by the Regents Park area. For an entertaining walk that takes you along all main locations featured in the Disney classic, have a look at this awesome hand-drawn map.

An American Werewolf in London (1981)

After two American students get attacked by a werewolf while they are on a field trip through England, one of them dies and the other one gets sent to a London hospital. The survivor, called Jack, then stays at his nurses’ house in which he discovers he is now a werewolf himself. This house is located on Earl’s Court, 64 Coleherne Road, for the fans amongst us. Another remarkable scene in which London plays an inevitable part is the brilliant scene in which Jack the werewolf is chasing a London businessman, at Tottenham Court Road Station. And the massacre scene on Picadilly Circus of course, where director John Landis managed to make the busiest square of our capital even more chaotic than it normally is.

We know this film is almost too clichéd to include on this list, but hey, clichés exist for a reason. It’s this film after all that turned Portobello Road into a must-visit for most tourists – hence the massive crowd you’ll find here as soon as the market opens on Saturdays. The funny thing is that due to its popularity, the market doesn’t look anything like the cute neighbourhood in which poor travel bookshop owner Will lives in the film (and do we dare to dream about the real value of his iconic blue doored house?). In that sense, this film is about a London that does no longer exist, but it still manages to make every single person that watches famous actress Anna Scott fall in love with the ordinary but charming Will Hacker, long for our capital. 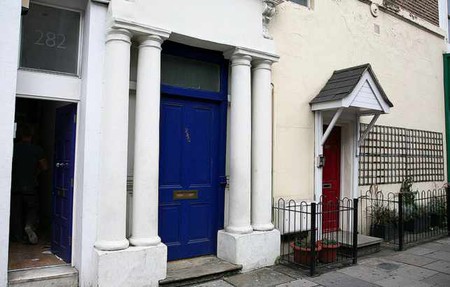 This Oscar-winning English musical based on Charles Dickens’ Oliver Twist books pretty much documents what London life was like in the ’60s. To most people’s surprise however, the entire film was shot on stage sets. This doesn’t take away the fact that the story revolves around Oliver leaving the countryside for the big city, where he then gets embroiled in all kinds of adventures around the streets of London. The excellent craftsmanship of the film’s set builders have made the movie as realistic as it gets, leaving many people wondering where they can find the amazing London depicted in this classic movie.

The original Alfie film – rather than the remake that came out in 2004 – is a celebration of the British capital. With the numerous monologues in which main character Alfie talks into the camera, a very unusual way of filming back then, Alfie takes the audience on a journey through London while he lives his casanova lifestyle. In this film we see beautiful (and original) shots of King’s Cross Station, Notting Hill Gate and the Tower Bridge, all filmed during the Swinging ’60s, a time when London was the world capital of cool. 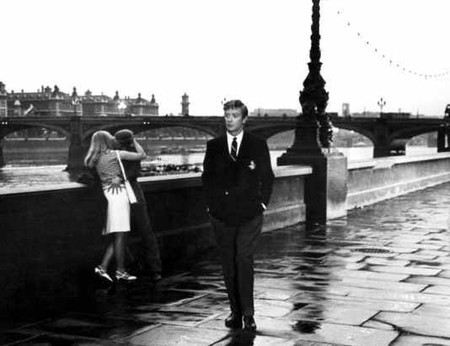 A Creative Commons image: Alfie Walking in London | © by Mari

It all starts with Bridget singing ‘All By Myself’ in her cute little flat in Bermondsey, the area which turns out to be the backdrop to many other main scenes of the film. Bridget Jones’s Diary depicts London as a city everyone should want to be living in. A city where great things happen, but where your friends are always just around the corner and more importantly – always have time for you. Also a city in which you can easily find someone without even trying to contact the person (remember Mark Darcy ‘coincidentally’ standing behind Bridget in a cornershop?). However unrealistic that may be, this film does remind you of how lucky we all are to experience this city day in, day out.

From platform 9 ¾ in The Chamber of Secrets, filmed at Kings Cross Station, to the wizard’s pub The Leaky Cauldron that’s located in Leadenhall Market, all Harry Potter films perfectly capture the magic potential of our beautiful capital. For the big fans amongst us, this website perfectly explains how you can take yourself on a Harry Potter tour along all the most important sites of every one of the seven films. A perfect activity for the upcoming holidays and much, much more fun than going in to the always-packed Harry Potter studios!