9 British Dishes That Will Confuse Americans 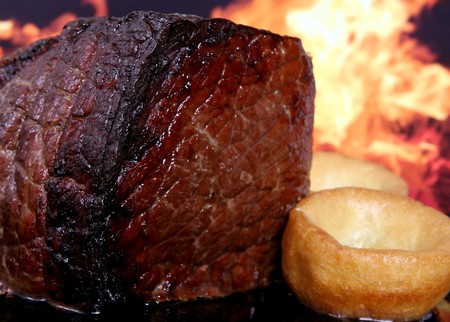 While British cuisine might have been terrible decades ago, it’s certainly not now, with British chefs opening restaurants all over the globe that champion the kind of understated seasonality that takes years to perfect. However, there are a number of traditional dishes that might have non-British foodies scratching their heads.

Don’t be fooled, this ain’t no pudding or dessert. Black pudding is a blood sausage — made with pork fat, blood and oatmeal. It’s historically been made in the Midlands, Scotland and Ireland, where you can also find it deep fried and served with chips, like fish and chips. It’s thick, rich and artery blocking but that doesn’t stop many British people deeming it an essential part of their breakfast fry up. While the daily fry up is now a thing of the past, at the weekends you’ll see some Londoners tucking into a greasy breakfast, black pudding and all. 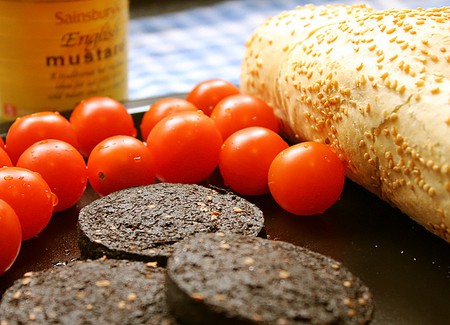 Confusingly, Yorkshire puddings have nothing in common with desserts either. Yorkshires are basically savoury batter that’s popped into a very hot oven so it puffs up like a hollow muffin. Yorkshire puddings might be the side dish that the British hold most dear. They should be crisp on top, slightly soggy in the middle, drowned in gravy and mint sauce and come with every roast dinner ever. 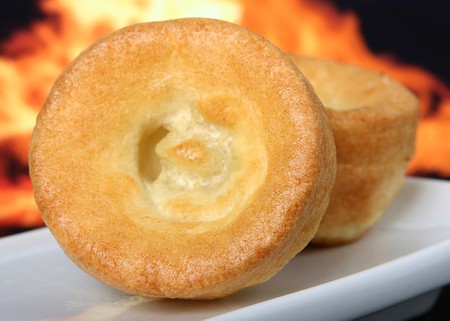 Welsh Rarebit is essentially cheese on toast but other things are added to the melted cheese to elevate this dish to a very special place in many people’s hearts. Recipes vary enormously but additional ingredients can include cayenne pepper, beer, mustard or Worcestershire sauce. Essentially, it’s the best comfort food you can think of. 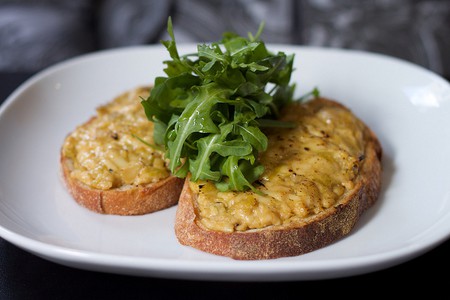 Toad in the Hole

A bastardisation of the Yorkshire pudding, Toad in the Hole is one large Yorkshire pudding that’s stuffed with sausages. It’s a childhood dish that crops up on comfort food menus in pubs but the dish has been around since the 18th century, when it was sometimes made with pigeon. While no exact source for the name exists, many think it refers to the sausages poking through the batter.

You should have realised by now that British people love sausages. And British sausages are a thing of wonder — thick, meaty, succulent and fresh — these are not weiners or frankfurters but a whole different animal (and probably very bad for you). Bangers and mash is simply mashed potatoes with sausages, sometimes covered with gravy: it’s simple, quick pub food. It’s thought the term bangers dates back to World War I when sausages were made with lots of water and cheap meat and could explode when cooked over a high heat. 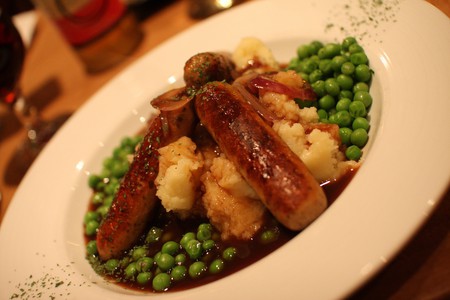 While the puddings in the list aren’t actually desserts, Spotted Dick definitely is. We love an innuendo in the UK and this never fails to raise a smirk. It’s a steamed sponge pudding studded with raisins and usually served with lashings of custard. It was a popular boarding school pudding after the war, leading to legions of sniggering schoolboys, but the dick part of the name actually refers to an ancient name for pudding.

Oh my, after one taste you’ll wonder why tablet doesn’t exist everywhere. Tablet is Scottish fudge that is crumbly and grainy rather than squidgy and smooth, intensely sugary, and incredibly moreish. It’s made using condensed milk, sugar, and butter, and dates back to the 18th century. It crops up as an after dinner treat and is traditionally served at weddings and at Christmas. 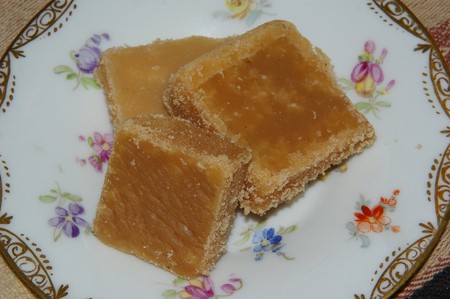 Neeps and tatties and haggis

Served with haggis in Scotland, neeps and tatties are actually mashed swedes (which are confusingly called turnips in Scotland) and mashed potato. Haggis itself is more popular that the neeps and tatties. It may look like a grey-brown balloon, but that balloon is an animal stomach’s stuffed with the heart, liver and lungs of a sheep mixed with oats, suet, spices and onion. It’s an incredibly ancient dish, popular in Scotland in the 15th century with some people tracing it back as far as the Romans or ancient Norse tribes. 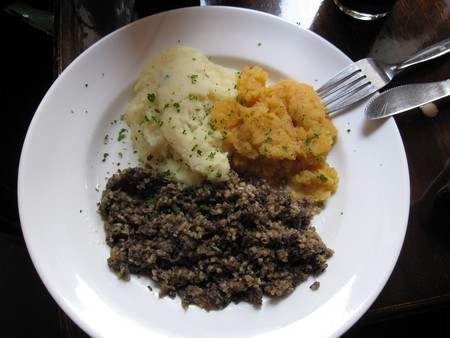 Go Scottish with a plate of haggis | © Bernt Rostad / Flickr

While not a dish as such, the term ‘elevenses’ is an important one in British life. It refers to stopping at 11am for a coffee and a biscuit. Biscuits are the important part of the ritual, and are often dunked in said tea or coffee. It’s not as regimented or widespread as the Scandinavian’s love of fika but it’s a much loved sweet stop all the same.