The National Gallery in London is so full of paintings — over 3,200 of them at the last count — that it would take months to properly appreciate them all. Nestled in the heart of London, the Gallery has been collecting works of art since 1824 and its collection spans centuries and artistic styles. But how to know where to look for the best ones? Well, search no further – here are just 8 artworks that are essential sites of pilgrimage for every true art lover. 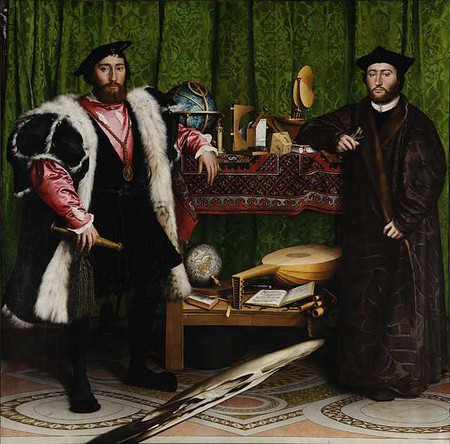 Famous primarily for its example of anamorphosis—in which a skull at the bottom of the page can only be viewed when seen from one side—this was painted in 1533 in the Tudor court. Holbein was famous in the 16th century as one of the best Renaissance portraitists, and eventually became even more famous than his father, becoming the King’s Painter in 1535. In this painting, his talents are evident – not only in the detail in the faces of the ambassadors but in the myriad of symbolic objects scattered around them. 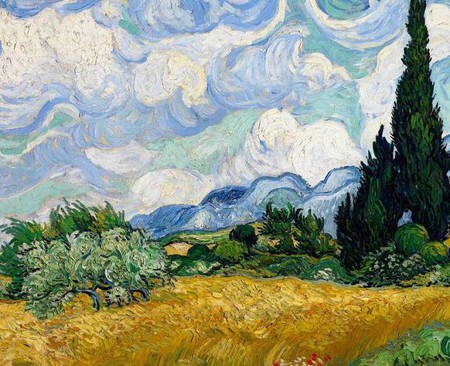 A Wheatfield With Cypresses was painted in 1889 when Van Gogh was in residence at the St. Remy mental asylum – he died only a year after completing it. The painting is one of a pair, both depicting the same thing, although for this version Van Gogh used a softer palette, with subtler blues and greens. It is thought that the inspiration for the portraits was taken from the window of the asylum where he was staying. Although the painting was only first exhibited in 1909, one of them was sold at auction for $57 million in 1993. 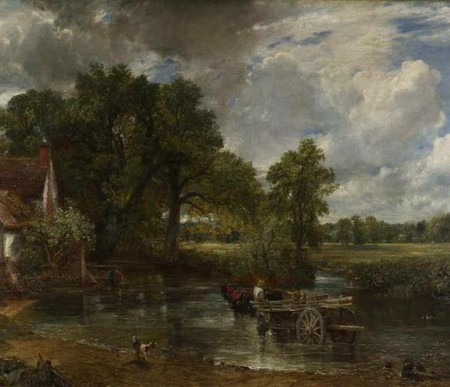 Painted on a huge, six-foot stretch of canvas, The Hay Wain depicts a scene from Constable’s traditional homeland between Suffolk and Essex, on the river Stour. When it was exhibited in 1821, nobody put in an offer for it. Today however, it is seen as one of the greatest British paintings of all time. This earlier view was echoed in Constable’s lack of success in his home country—although in France, he proved enormously popular, where his heavily Romantic style of work helped to found the Barbizon school of painting. 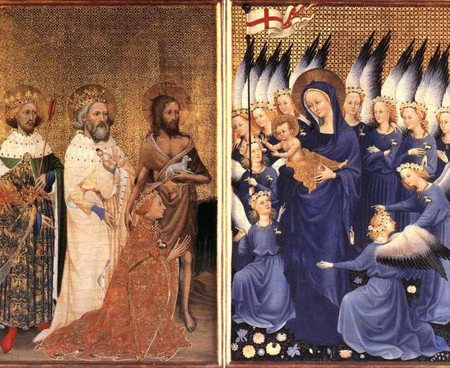 One of the oldest works of art in the National Gallery, the Wilton Diptych was painted at the end of the 14th century—rare because it was one of the few pieces of art to survive the Puritan purges of the 1600s. This medieval, religious panel painting is one of the rarest surviving examples of its kind, and was created for the pious Richard II of England, here shown kneeling at the feet of the Virgin Mary and Christ. Though the authorship of the artist is unknown—it is thought to be either English or French—it has been in England for hundreds of years and was first documented in Charles I’s art collection. 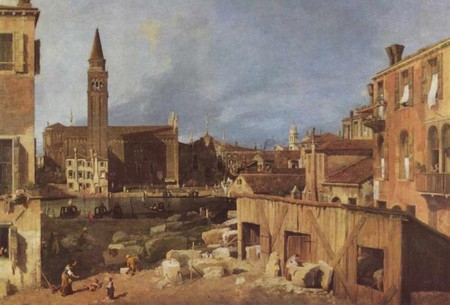 Canaletto is famous for the incredible detail and accuracy of his works and this painting is no exception. The Stonemason’s Yard is considered to be one of his finest works and was among the first included in the National Gallery’s collection in 1823. Painted in Venice in the mid-1720s, it depicts the transformed square of San Vidal Church, on which repairs were being carried out. The detail is tremendous: not only does Canaletto paint the church square, but he also includes scenes of everyday life in Venice—a woman spinning thread, children playing in the yard and laundry hanging from the windows of the houses being included along with the stonemasons. 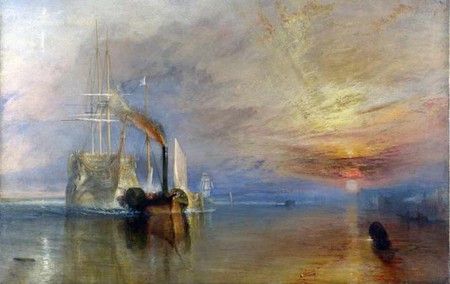 Thought to symbolise the decline of Britain as a seafaring power, Turner’s painting was painted in 1838, at the prime of his artistic career. It depicts the battleship Temeraire—which had fought in the Napoleonic Wars —being towed away for scrap. The artist’s skill is evident in the expert way he layers and shades the tones of the sea and sky, and the dying light showing behind the bulk of the ship only serves to make the whole scene appear even more poignant. 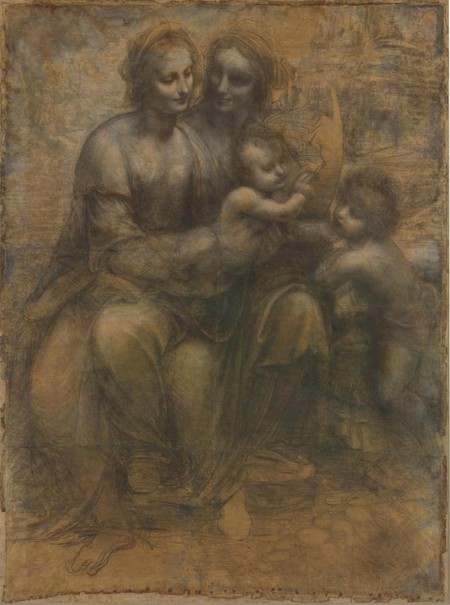 Though not the most famous of Leonardo’s portraits, this is, arguably, his most interesting – an unfinished cartoon, which can only be viewed in a darkened room. Drawn between 1499 and 1500, roughly 20 years before his death, the sketch depicts the Virgin Mary sitting on the lap of her mother, Saint Anne, along with an infant Jesus Christ, who is blessing John the Baptist. This cartoon was probably the inspiration for a later Da Vinci, but it is definitely impressive in its own right. 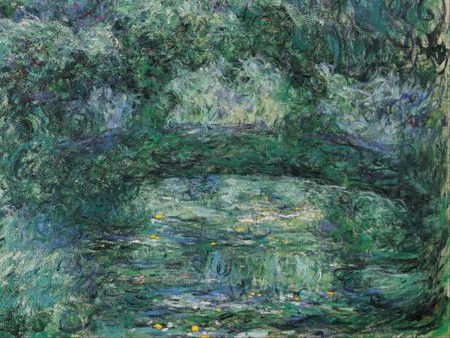 One of the most prominent artists to be displayed in the National Gallery, Monet’s vision is both intensely bold and fascinating in its use of shading and colours. The painting was completed between 1919 and 1924, towards the end of Monet’s life and when his sight was failing. The outlines of the bridge—located behind his house at Giverny—are correspondingly blurred, but the painting is none the less striking for it. Monet intended to express what he called ‘the instability of a universe that changes constantly under our very eyes’, and the mingled shades of purple and blue only serve to emphasize this. Stand back and admire.