Things You Should Know About Lord’s Cricket Ground 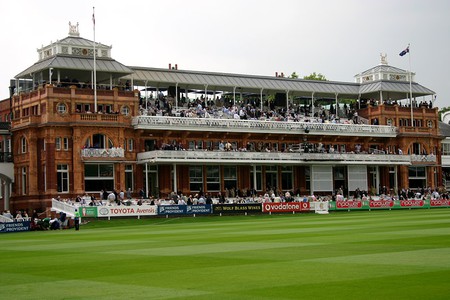 Since Thomas Lord founded it almost 230 years ago, Lord’s Cricket Ground has become far and away the world’s most famous cricket venue, and is widely regarded as the spiritual home of cricket. While most everyone has heard of Lord’s, much of this historic London venue’s fascinating history will be known to none but the most serious cricketing aficionados. Now, with our list of interesting Lord’s facts, you can be one.

Today’s grounds are not the original Lord’s

Thomas Lord originally established three cricket grounds between 1787 and 1814, with the grounds we know today actually being the third of three. The original site once stood where Dorset Square is today; known as Lord’s Old Ground, it was used until 1810, when a disagreement over rent rates caused Lord to relocate. Second came the unpopular Lord’s Middle Ground, which actually ran parallel to the original for a short time, before becoming the Marylebone Cricket Club’s official home for just a two-year period from 1811 until 1813. The land was then repossessed during the building of Regent’s Canal, and Lord finally built the present grounds just up the road with his compensation money. The third time proved the charm, with the first match played at its current location in 1814.

The Lord’s grounds are home to the Marylebone Cricket Club’s museum; the collection housed here was begun in 1864, while the museum itself was opened by the Duke of Edinburgh in 1953. The museum boasts one of the world’s most celebrated collections of cricket memorabilia, and spans the entire history of the game from its emergence in the 18th century right through to the modern age. Some of its key items include the original Ashes urn, a tiny (it’s only six inches long) and fragile item that rarely leaves its Lord’s home; the stuffed sparrow mounted on the ball which killed it mid-flight in 1936, bowled by India’s Dr. Khan; and various uniforms, bats and pieces of kit belonging to history’s greatest players, in particular W.G. Grace, widely accredited as the best cricketer of all time. In addition to artefacts associated with iconic players, much of the material is related to grassroots, community cricket clubs that paved the way for the game’s development.

The annual match between the private boys’ schools of Eton and Harrow was first played at the original Lord’s ground in 1805. Not only is it the longest permanent fixture at Lord’s, it’s also one of the world’s longest-running annual sporting events. The second match was organised as a rematch, and took place at the current grounds in 1818 — since the third match in 1822, it has been an annual event, barring gaps in 1829-1831, 1856, and during both World Wars. Today it is the only annual school match played at Lord’s. In its heyday, the school match was a highlight of the London society season, joining other prominent events such as the Henley Royal Regatta and Royal Ascot, and was covered by national newspapers. Interesting titbit: Lord Byron played in the very first match, while a schoolboy at Harrow. 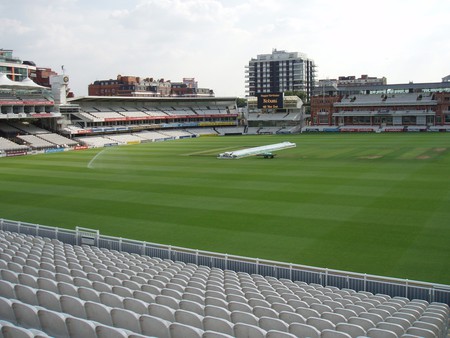 The grounds house the world’s biggest collection of cricket books

Besides the museum, Marylebone Cricket Club also run a sporting library; spanning over 17,000 titles and growing at a rate of 400 volumes per year, it is the ‘largest and most comprehensive collection of books and publications dedicated to cricket’ in the world. The collection contains the latest books as well as old and rare acquisitions, magazines and pamphlets right from the beginning of cricket. The cricket-related items cover ‘all aspects of the game and its history’, while the library also houses some titles related to other bat and ball games, such as real tennis (tennis’ original form). The library is open by appointment to researchers and journalists on non-match days, and operates as a private library for MCC Members on match days.

Lord’s houses a real tennis court, which is open daily throughout the year to members — if non-members want to play, they have to be ‘introduced’ by a member. Besides tennis, Lord’s has also hosted bowls fixtures, and even a baseball game during WWI; held between an American and Canadian team, the match raised funds for the Canadian Widows and Orphans Fund. In addition, Lord’s was an Olympic venue during London 2012, hosting the archery competition. 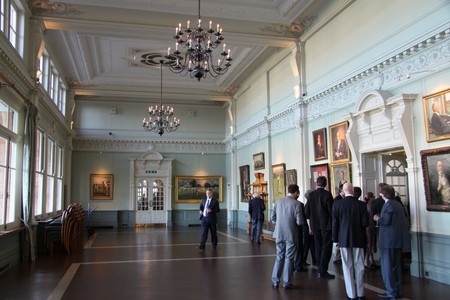 The Long Room at Lord's | ©DieSwartzPunkt/Wikicommons

Australia are basically the champions of Lords

Lord’s may be the home of England cricket, but Australia boasts a triumphant record at the famous grounds. Lord’s is the Australian team’s most successful away venue, with their sides having won more Tests there than at any other away ground. In 2009, the England team won the second match of the 2009 Ashes Series against their South Pacific counterparts, breaking a winning streak that had lasted almost the entirety of the 20th century. Prior to their 2009 defeat, Australia hadn’t lost a Test at Lord’s since 1934 – their only defeat of the century.

Lord’s is famous for its sloping outfield

One of the most famous features of the Lord’s ground in practical terms is a geographical deviation known as the Lord’s slope — from the north-west to the south-east sides of the playing surface there is a two-and-a-half metre drop, which is known to affect the performance of both bowlers and batsmen, with the change in gradient impacting the way the ball bounces. Many bowlers use the slope to their advantage, with right-handed batsmen tending to be affected more than left-handed ones. The slope was also notorious for causing waterlogging, which affected play on a regular basis until 2002, when clay soil was replaced by sand. There have been many calls in the 21st century for the pitch to be levelled, but Marylebone Cricket Club have resisted the pressure, arguing that play would have to be suspended at the grounds for up to five years.