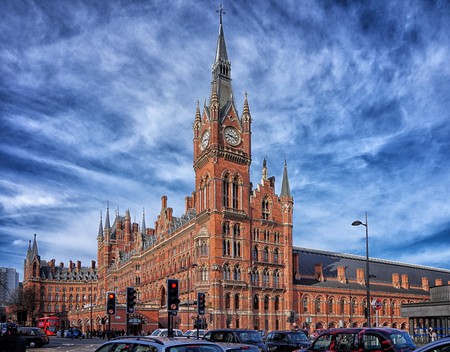 St Pancras station is London‘s portal to Europe, with Eurostar trains shuttling passengers from the UK capital to the European continent in under an hour. Despite a few attempts to destroy it, the station is marking its 150th anniversary this year. To wish St Pancras a happy birthday, here are some fun – and not so fun – facts to celebrate.

Before shifting its London terminus to St Pancras International in 2007, Eurostar operated services to the continent from Waterloo International, south of the River Thames. It began running services from St Pancras upon the completion of the high speed Channel Tunnel Rail Link, which was then renamed High Speed 1. The new high-speed rail link cut the journey time to the continent by about 40 minutes. 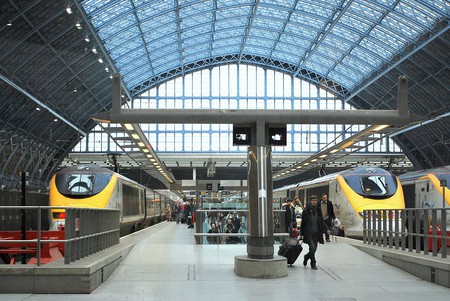 Three beer trains carried booze to the capital every day

We’ve all heard of a booze cruise, but what about an ale rail? Well if ever there was one, it ended at St Pancras. Three beer trains transported beer south from Burton upon Trent to London every day, with even more in the brewing season. And it wasn’t just beer – in 1872 the Midland Railway brought in 800,000 tons of coal, roughly 18% of the city’s total consumption.

London’s pearly tradition can be traced back to St Pancras

London’s tradition of pearly kings and queens is just one of many brilliantly peculiar quirks associated with the capital. The pearly tradition all began with a man called Henry Croft, who cleaned the streets around St Pancras. Croft became the first pearly king when he emblazoned a suit with mother-of-pearl buttons to raise money for the St Pancras orphanage that had raised him up to the age of 13. 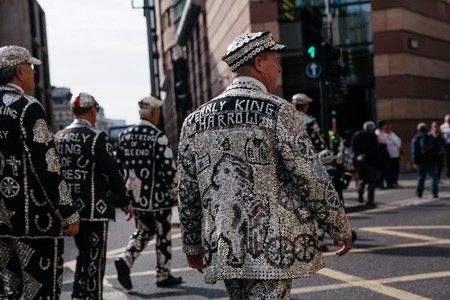 Like most buildings of significance in the capital, St Pancras station suffered bomb damage during the Blitz, the sustained Nazi bombing campaign of World War II. Despite the fact that a 500kg bomb broke through the roof of the train shed – and dealt significant damage to platforms 3 and 4, as well as to the undercroft and the Metropolitan Railway – it took just one week of emergency repairs to get services back on track.

St Pancras was nearly demolished in the 1960s

Anyone notice the statue of the rotund chap upstairs on The Grand Terrace? In the 1960s, the British Railways Board tried to do what the Nazis couldn’t: bring St Pancras station down. The board wanted to combine it with the neighbouring King’s Cross station, a plan which would likely have involved demolishing both existing stations. Thanks to the efforts of a campaign led by John Betjeman, the man depicted on The Grand Terrace, the station is celebrating its 150th anniversary in 2018. 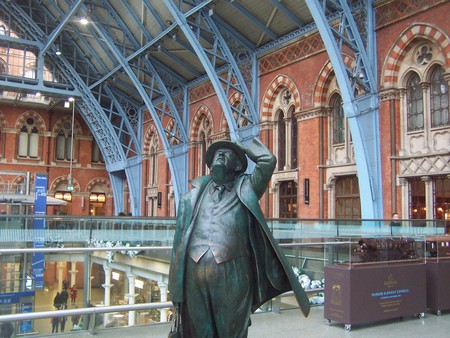 Anyone passing through St Pancras may have noticed the Yamaha piano that sits in the station concourse waiting for talented members of the public to come along and indulge in an impromptu jam. Elton John left it there as a donation after surprising members of the public with a performance back in February 2016 – but not before signing it with the words: ‘Enjoy this piano. It’s a gift. Love, Elton John.’ Jools Holland, John Legend and Bill Bailey are among those who have since stroked its keys. You’re the man, Elton.

The original Saint Pancras was a martyred child

It is alleged that back in 304 AD, Roman Emperor Diocletian ordered the beheading of Saint Pancras, a 14 year old Roman citizen who had refused to renounce his faith after converting to Christianity. Just two years later, the imperial mantle was picked up by Constantine the Great, who would go on to become the first Roman emperor to convert to Christianity.