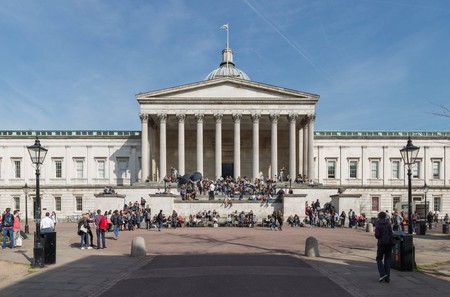 Founded in 1826, University College London is one of the oldest universities in England, and is today recognised as one of the world’s leading research universities. Besides the excellence of its teaching and a record of producing extraordinarily important figures (Alexander Graham Bell, Francis Crick and Sir William Ramsay all studied there), UCL also nurtures a long and fascinating history of progressive thinking and pioneering action. Here are some of the most interesting facts you need to know about this London institution.

It was the first university in London

The University of London (UOL), to which UCL belongs, was founded by Royal Charter in 1836. However, UCL was one of two founding colleges to predate UOL, having been founded in 1826 (King’s College London followed in 1829). UCL was originally known as London University, and its founding was driven by two Scots, the lawyer Henry Brougham and the poet Thomas Campbell, while the philosopher Jeremy Bentham’s radical ideas on education and equality were a central inspiration.

It was the first entirely secular university in England

At the time of UCL’s founding, there were only two other universities in England, in Oxford and Cambridge. UCL was founded in order to offer an alternative to these highly religious institutions, admitting students regardless of their race or religion. Jeremy Bentham had been highly critical of the prevailing situation, describing Oxford and Cambridge as ‘two public nuisances… storehouses and nurseries of political corruption’; UCL was the antidote, designed to open up education in England, and provide for the changing nature of modern English society. 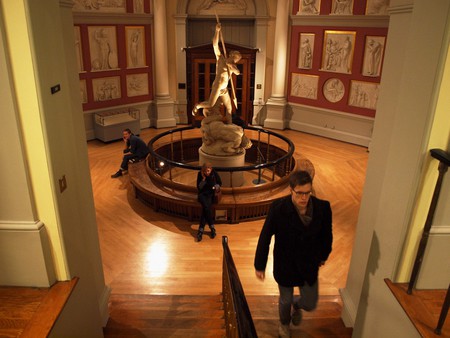 UCL’s progressive spirit and record of ‘firsts’ was continued in 1878, when UCL claims to have been the first English university to admit and award degrees to women, after the University of London as a whole became the first university institution to be allowed to award degrees to women that same year (the University of Bristol also makes this claim, having admitted women since its founding in 1876, however it did not become a full university until 1909). Henry Morley, Professor of English in 1878 said, ‘I need not say how strongly I feel that it is the business of [UCL] to be boldly first in recognising fully any new and real want of the time.’ However, women were only admitted to Arts, Law and Science departments, and remained barred from Engineering and Medicine.

Jeremy Bentham’s skeleton is on display on the campus

The spiritual, if not practical, founder of UCL, Jeremy Bentham left exacting instructions for the dissection and treatment of his body upon his death. Since composing a will at just 21 years old, Bentham had made it known that he wished his body to be preserved and displayed as an ‘auto-icon’. His skeleton was padded with hay and dressed in his own clothes, with a wax head added when the preservation of his own head went disastrously wrong (although, completely uncreepily, his real head sat at his auto-icon’s feet for years). His remains were placed inside a wooden cabinet, which was acquired by UCL in 1850. It can be found inside of the South Cloisters in the university’s main building.

When philosopher Jeremy Bentham died in 1832 he asked that his body be made into an auto-icon, and here it is in a busy corridor of University College London (albeit with a wax head, although the real one used to be down by his feet, look it up). #mummies #jeremybentham

It boasts several nation’s founding fathers among its alumni

The impressive alumni of UCL is littered with great scientists, thinkers and artists but, interestingly, several people among its former students have gone onto found entire countries. Among the ‘Father of the Nations’ to have attended UCL are Ghandi of India, Tomáš Garrigue Masaryk of Czechoslovakia and Jomo Kenyatta of Kenya, while the founders of Ghana (Kwame Nkrumah, also considered the ‘Father of African Nationalism’), modern Japan and Nigeria also attended. 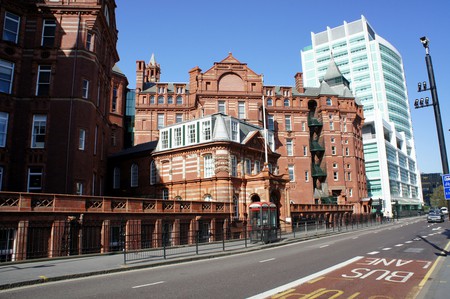 All four members of Coldplay met at UCL

During freshers week 1996, Ramsey Hall residents Chris Martin and Jonny Buckland met for the first time and spent a year discussing their dream to form a band. By the end of 1997, Guy Berryman and Will Champion, also UCL students, had joined the band, which became Coldplay. They released their first EP during their studies, and signed a five-album contract with a record label shortly after finishing their final exams. So, basically, no UCL, no Coldplay. Just something to think on.