6 Photographers Who Captured the Darker Side of London

London is one of the most important cultural centres in the world, yet there is also a side to the city that less people see – the poverty, the back streets and the underground movements that have evolved with the city and form part of its heritage and appearance. Thanks to the efforts of several photographers, we can glimpse this hidden side of London’s culture over the centuries, from the early 20th century through to today. 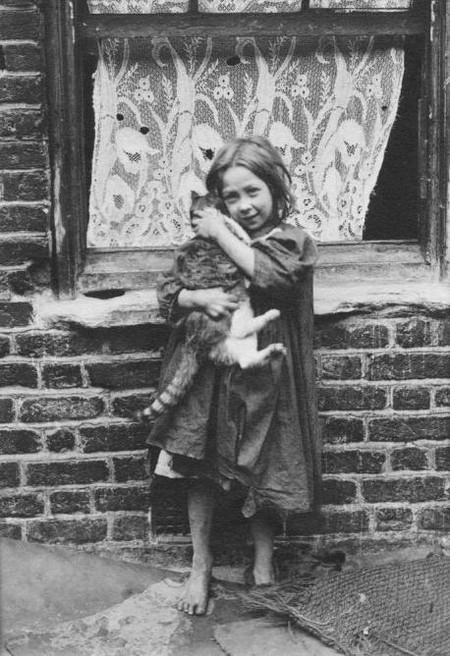 One of the earliest photographers to capture the darker side of London life was Horace Warner, in his collection of photographs entitled Spitalfields Nippers. During the early 20th century, life in the East End of London was dangerous and often brief, and the toll of this lifestyle was reflected in the local children – many of them barely owning more than the clothes they stood in. Horace Warner was an amateur photographer who, in 1912, went around Spitalfields with his camera capturing intimate portraits of the area’s poorest children. His photographs offer a shocking insight into everyday life in the East End, and the extent to which poverty was spread amongst the general populace.

CA Matthew | Images of the East End of London

Although little is known for certain about the life of CA Matthew, his photography of the poorest parts of London’s East End have remained well-known for a reason – indeed, they were important enough to be preserved by the Bishopsgate Institute after his death in 1923, a mere 11 years after he shot his pictures in 1911. Matthew shot hundreds of images in his walk through London – most notably in Spitalfields, where the destitution of its buildings is visible, along with the hordes of people living in turn-of-the-century London. The images capture such a wide slice of everyday life in the capital that it’s impossible not to be fascinated. 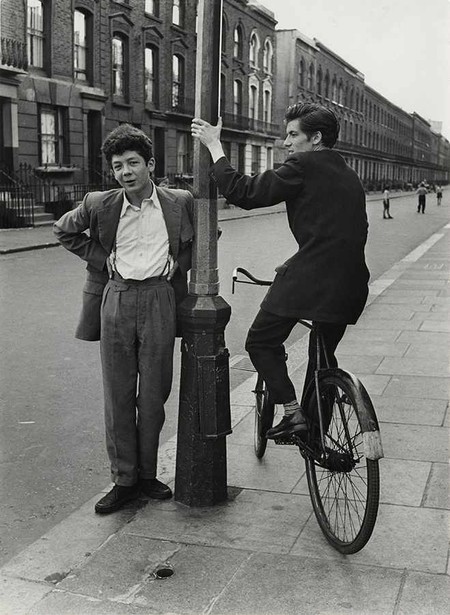 Roger Mayne put his experience of life in London to good use during his career, becoming famous principally as a photographer of life on Southam Street during the 1950s. Born in Cambridge, Mayne became interested in photography during his time in Oxford University and by 1957 he was well-known as an established freelance photographer in his own right. Southam Street is today considered part of Notting Hill, but in the middle of the 20th century it was considered to be one of the poorest areas in London. Mayne’s portraits capture images of a time gone by – of an area that no longer exists, given that Southam Street was demolished to make room for Trellick Tower in 1969. Despite this, the photographs are of national importance – so much so that the entire collection is owned by the Victoria and Albert Museum today.

Moving on from the Sixties, the 1970s were a time when the punk subculture was flourishing. Accordingly, Karen Knorr and Olivier Richon – a pair of German and Swiss photographers – decided to collaborate and capture the essence of the punk spirit. Accordingly, in 1977 their collection Punks was published. Shot in black and white, the two posed the subjects and scenes that they captured, and the result is something that not only captures the punk symbolism of the times but also lets us into the hidden underground of London’s bubbling punk subculture. 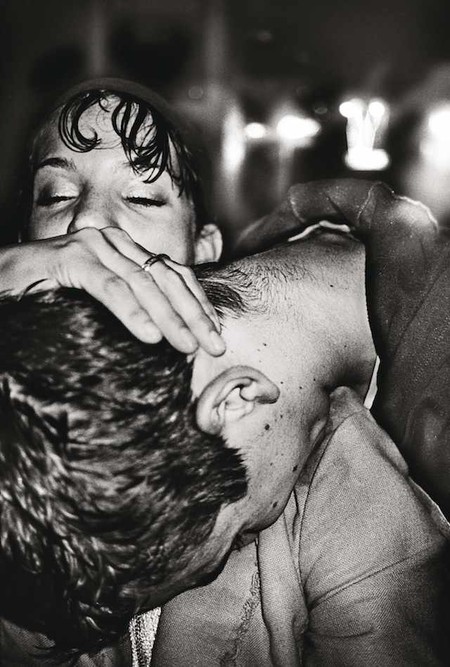 Despite originally hailing from Sweden, Anders Petersen has, over the course of his career, worked in and around London. He is arguably most famous for his book Café Lehmitz in which he photographed the late-night customers of Hamburg’s Café Lehmitz – a collection which later went on to be regarded as a major development in the history of European photography. His work in his latest book Soho, published in 2012, is also notable for its intimate black and white shots, of everything from dogs to lovers in London’s Soho district. A mixture of staged and spontaneously shot pictures, they portray not only the subjects, but also the atmosphere and appearance of Soho itself.

Patrick Dalton started his blog, Shit London, in 2010 as a way for him to display his pictures and musings on the city of London, with contributors adding their photographs of unusual or interesting things they saw around the city. Starting off small, it grew rapidly, gained a cult following and even resulted in two published books. The website has gone from strength to strength over the past few years – any site that has its own merchandise and award system (Shit London Awards) deserves a mention. It has even been catalogued by the British Library as ‘essential for future generations’.