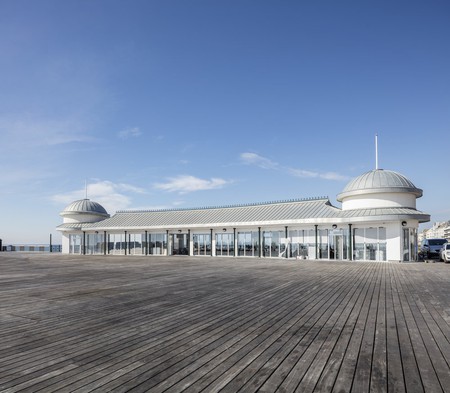 In 2012, a piece of legislation called the Community Right to Bid act came into effect in UK law, giving cooperative groups of ordinary people the right to buy buildings in their communities. Here are the unique and historic UK buildings that have been given a new lease of life by their communities: now run for the people, by the people.

Hastings’ historic pier hit the headlines this April when it reopened to the public for the first time in over ten years, after an extensive, £14.2 million renovation. The 144-year-old pleasure pier was once a cultural mecca for British tourists in the heyday of the homegrown holiday, before suffering a long decline and eventually closing amid safety concerns in 2006. Its near-total destruction at the hands of a fire in 2010 kickstarted community efforts to save the structure. Now dubbed ‘the people’s pier’, it is owned by the the Hastings Pier Charity, as well as 3,000 shareholders who invested £100 a piece into the project. 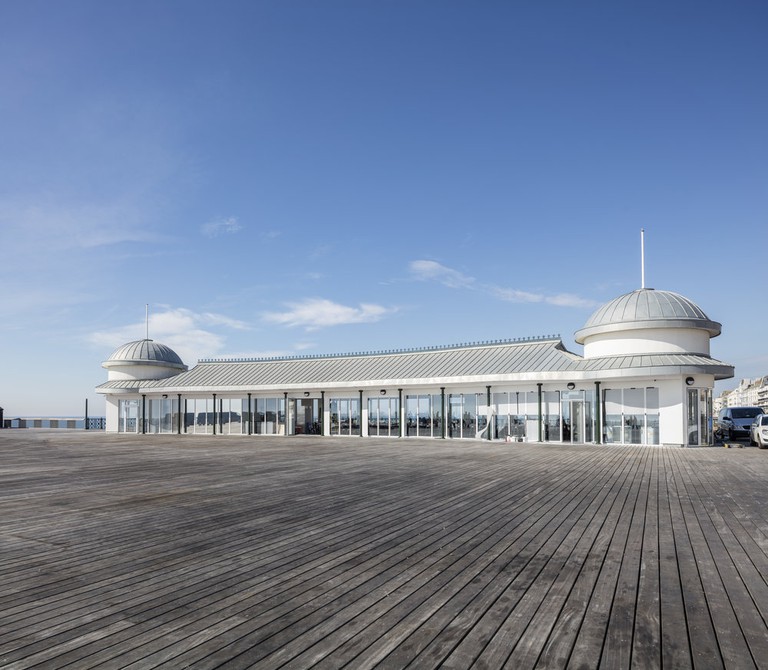 Nestled away on the edge of Scotland’s picturesque southern highlands, Cultybraggan Camp is the last remaining WWII high-security POW camp in the UK, and one of the best preserved. Built in 1941, the camp— which is also home to the last nuclear bunker to be built in the UK— is a large 34-acre site filled with over 80 Nissen huts (prefabricated, cylindrical structures made from corrugated steel), designed to accommodate some 4,000 Italian and German ‘Class A’ prisoners, most of whom were considered fully committed or fanatical Nazis. The site was used as a training camp for several decades following the war and played a major role in the nation’s Cold War defence strategy, before being purchased in 2007 by the community of Comrie, a small village just to the north of Cultybraggan, after the army ceased to use it in 2004. 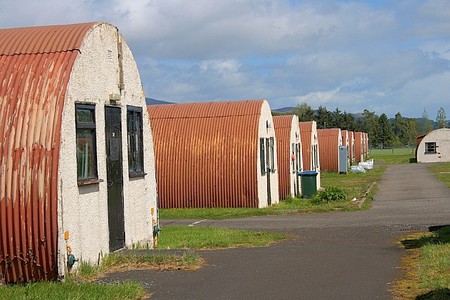 Self-dubbed the friendliest swimming baths in Britain, the Bramley Baths were built in 1904 as a pool, public bath-house and Russian steamroom. The last remaining Edwardian bath-house in Leeds, this Grade II-listed building is built on the site of a foundry and still features its former chimney, a structure made up of over 8000 bricks which towers over the city. Threatened with imminent closure following a series of council cuts, the baths were saved in 2013 by the Friends of Bramley Baths, who took out a 25-year lease on the building. It is now run as a not-for-profit, community-led social enterprise and houses a pool, gym and spaces for community events.

Built in 1891, the former Battersea Town Hall has played an important area in this area’s incredible history— a history filled with radical and groundbreaking politics. Prominent suffragettes including Christabel and Emmeline Pankhurst have held meetings within its walls, John Archer was elected to be London’s first black mayor there in 1913, Bertrand Russell’s essay, Why I Am Not A Christian first came to life as a talk delivered in the hall, and it was on this site that the Battersea Council became the first local authority to commission a council-built housing estate. Despite all this, during the late 1960s the council proposed to demolish the building and replace it with a swimming pool. The local community formed the Battersea Arts Centre Charity which campaigned to save it, resulting in the building being awarded Grade II-listed status in 1970. The entire building was transferred to the charity in 2008 and currently operates as a performance space, claiming to work with other 400 artists per year to host 650 performances and touring with 12 shows, as well as inviting young people to engage in creative workshops. 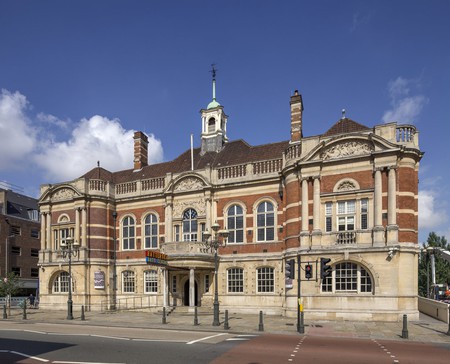 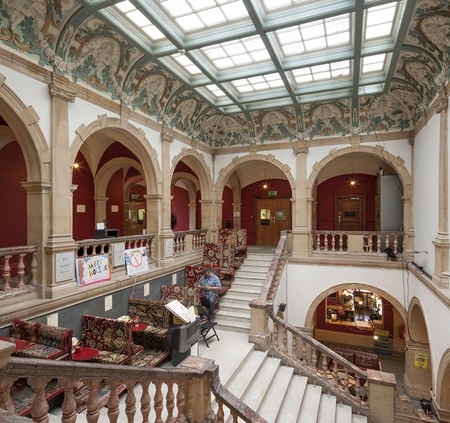 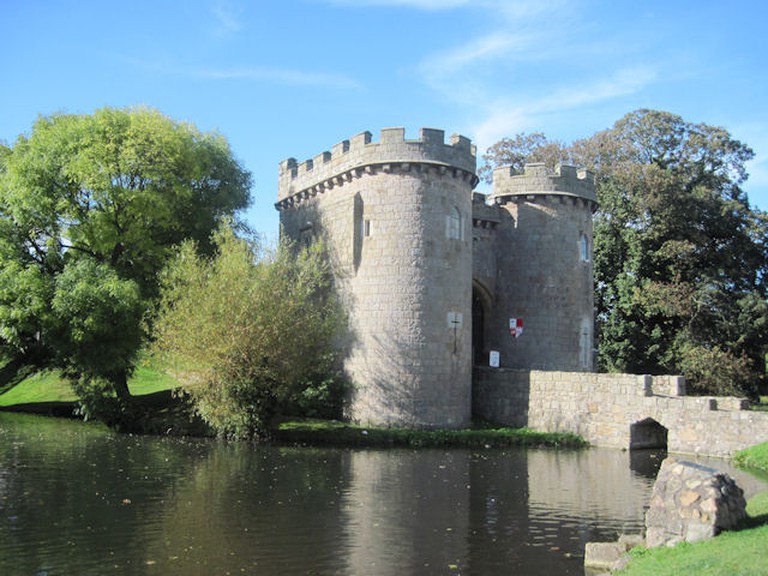 Whittington Castle | © John Firth/WikiCommons
Forget Town Halls— how about a Town Castle? Believe it or not, this pretty Medieval castle is owned and operated by its local community, and is believed to be the only one of its kind in England. Originally a classic motte-and-bailey castle— a type of fortification common across Northern Europe from the 10th century, consisting of a stone or wooden keep built on a raised mound of earth (the motte) attached to an enclosed courtyard (the bailey) which is surrounded by a protective fence or ditch— the structure was rebuilt and made more substantial in the 13th century. Whittington Castle has a rich and interesting history and has even been linked to the legendary Holy Grail, with former owner Sir Fulk FitzWarin, a member of a line of guardians to King Arthur and the grail, being said to have stored the enchanted chalice in the castle’s chapel. After falling into disrepair, The Whittington Castle Preservation Trust purchased the site on a 98 year lease, and completed a £1.5 million restoration.

In March 2013, The Ivy House became the first community owned pub in London and the first pub in the UK to be officially listed as an Asset of Community Value. After the pub closed in 2012, it was earmarked for a gutting and subsequent residential redevelopment by its new property developer owner, prompting an outpouring of protests from its loyal customers. Rushing through an application to Historic England to secure a Grade II-listed status for the 1930s pub, the community were able to halt development, the status being granted in light of the building’s unusually high level of original features, as well as its rich cultural history. Over the years the pub has played host to a number of high-profile musicians, becoming a valuable venue in the 1970s pub-rock movement in North London, which paved the way for the emergence of Punk. Elvis Costello, Joe Strummer, Jeff Beck, Dr Feelgood and Ian Dury are some of the world-famous artists who performed at the venue in their early days. 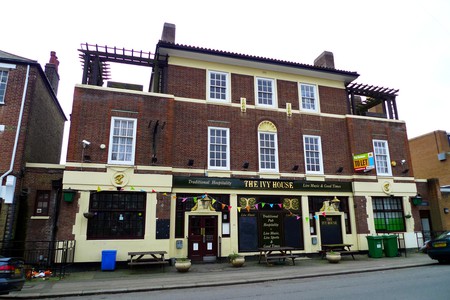 This time next week we'll be playing on this stage at The Ivy House SE15. With #papatigre #whombyfire #live #ivyhousepub