6 Beautiful Palaces You Must See in London

6 Beautiful Palaces You Must See in London

© Pixabay
London isn’t short of palaces. Ranging from medieval towers to art deco mansions, most have a long and tangled history with London’s various monarchs. Here are some of the prettiest.

King Henry VIII’s Tudor abode would have been positively rural when it was built in 1540. The most extravagant and lavish of his 60 houses, its Great House of Easement (a communal toilet) could fit 28 people at a time, and the kitchen covered 36,000 square feet. Tudor kings favoured the lands around Hampton for hunting, but today you can challenge yourself to make it through the maze, or simply stroll the beautifully landscaped grounds. 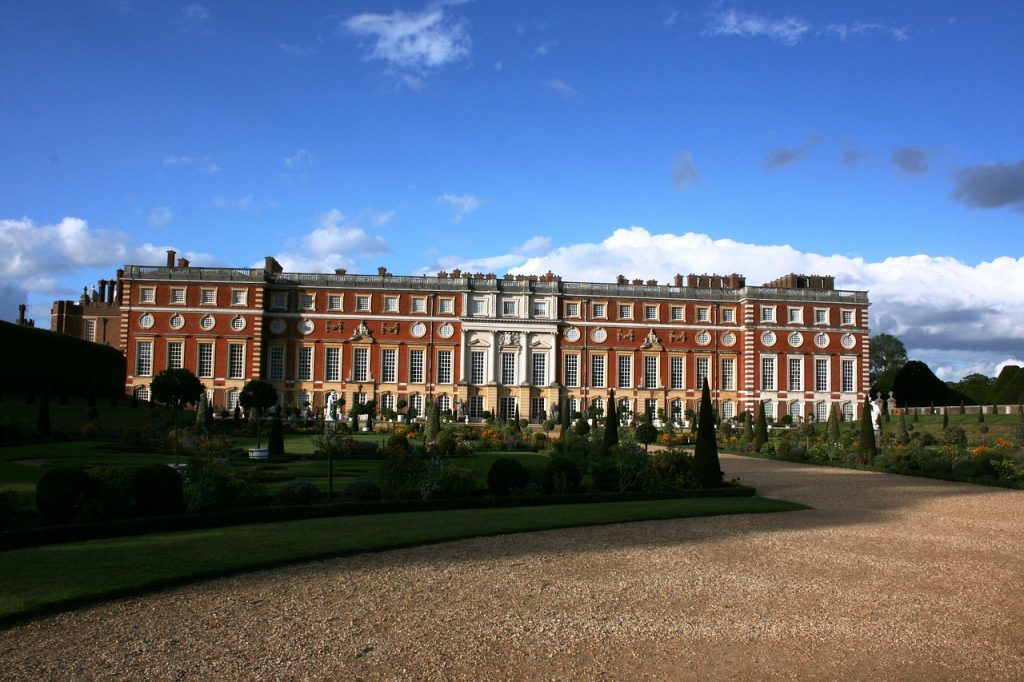 Museum, Memorial
Lambeth Palace, London | © Martin Pettitt / Flickr
It’s not all about royalty in London. Lambeth has been home to The Archbishop of Canterbury for nearly 800 years. Located on the South Bank of the Thames, the oldest remaining parts of the palace date back to the 13th century (like the creepy crypt!), and the rest is a hodge podge that reflects the history of London. It took a battering in both the English Civil War and World War II, but today you can take guided tours and explore the garden, which is the oldest continually cultivated garden in London.
More Info
Open In Google Maps
Lambeth Palace Road, South Bank, London, England, SE1 7JU, United Kingdom
+442078981000
Visit website
Give us feedback

Building, Monastery
Eltham Palace, London | © Pixabay
Not all of London’s palaces are entirely ancient—Eltham Palace is an art deco mansion that incorporates parts of Hampton Court Palace into its design. Built in the 1930s for millionaire Stephen Courtauld, today you can explore the 19 acres of gardens, and discover the eclectic mix of styles—from modernist to medieval—that are entwined in the building design.
More Info
Open In Google Maps
Court Yard, London, England, SE9 5QE, United Kingdom
+443703331181
Visit website
Give us feedback

Building
Kensington Palace, London | © Matt Brown / Flickr
King William III and Queen Mary II moved their primary royal residence to Kensington Palace in the 17th century when Sir Christopher Wren modified the existing house to create a palace. Kensington is the current home to the Duke and Duchess of Cambridge and is where Princess Diana lived during her marriage to Prince Charles. In fact, her four-mile funeral procession started at the palace, and it was used as a public place of mourning after her death. Take a palace tour, and be sure to explore the exhibition Diana: Her Fashion Story while you’re there.
More Info
Open In Google Maps
Kensington Gardens, Kensington, London, England, W8 4PX, United Kingdom
+443333206000
Visit website

Building
St James's Palace, London | © Matt Brown / Flickr
Another of the British monarchy’s official palaces is St. James’s Palace, which was built by King Henry VIII between 1531 and 1536. It was the official residence of the royals until Queen Victoria and is still a venue for a number of royal events, including charity receptions and ceremonial occasions. The Prince of Wales, The Princess Royal and Princess Alexandra each keep residences at the palace, and it was the site of Prince George’s christening in 2013.
More Info
Open In Google Maps
Marlborough Road, St. James's, London, England, SW1A 1BQ, United Kingdom
+442079304832
Visit website
Give us feedback

Building
Buckingham Palace, London | © Pixabay
Book Now
You can’t have a list of London palaces without Buckingham Palace. British royals have called the palace home since 1837 when they bought it off the Duke of Buckingham. Today, Queen Elizabeth II and Prince Philip live there, and it serves as the official administrative headquarters of the monarch. The palace has 775 rooms, with 92 offices and 78 bathrooms. 800 staff members live on site, including the palace’s own clockmaker. Visitors can enjoy a tour of the State Rooms between July and October.
More Info
Open In Google Maps
Westminster, London, England, SW1A 1AA, United Kingdom
+443031237300
Visit website
Visit Facebook page