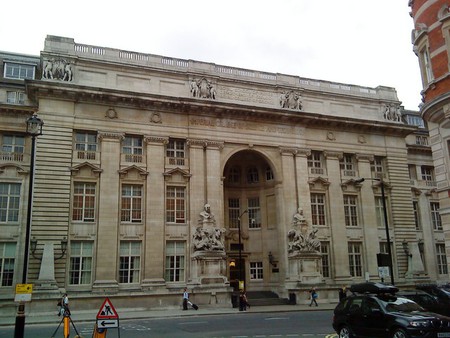 Found amongst the famous museums of London’s South Kensington, Imperial College London is ranked among the top universities in the world, and is regarded as among the most innovative universities in Europe. It’s the only university in the UK to focus entirely on science, engineering, medicine and business, and has given the world, among other things, penicillin, holography, and fibre optics. Here’s some of the more interesting, little-known facts from its more than 150-year history.

It was founded by Prince Albert as part of Albertopolis

Following the success of the Great Exhibition of 1851, Prince Albert and Queen Victoria invested the proceeds into a brand new, world-class cultural and educational quarter for science and the arts. Nicknamed Albertopolis, the area was centred along Exhibition Road in South Kensington, and included the Natural History Museum, the Science Museum, the Victoria and Albert Museum and the Royal Albert Hall. The Imperial Institute and several Royal Colleges (which would later merge to become ICL) were part of the development and, in 1887, Queen Victoria herself laid the foundation stone and opened the Imperial Institute. 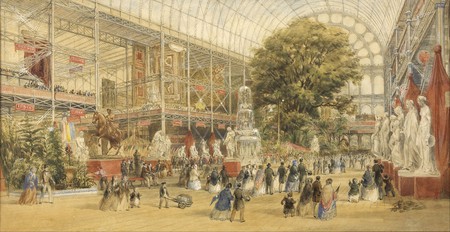 It was once a member of the University of London

The Royal Colleges and the Imperial Institute were merged together in July 1907, when Imperial College London was formed by Royal Charter. From its conception, ICL was a member of the collegiate University of London. However, in a landmark move exactly 100 years later, ICL left the University of London in 2007, believing its name now carried equal weight around the world.

The Queen's Tower – the centrepiece of Imperial's South Kensington Campus – was built in 1887. 87 meters tall, with 325 steps to the top, it was designed by Victorian architect Thomas Collcutt. It was nearly demolished in 1957, however an impassioned campaign saved it, and it's been since restored to the fine tower you see now. The tower's 10 bells, named after Queen Victoria's family can be quite clearly heard on Royal occasions and Imperial graduation dates. —————————————————— #royal #building #queen #science #history #tower #facts #sky #blue #university #uni #icu #imperial #imperialcollege #imperialcollegelondon #southkensington #southken #london #ldn

Imperial College London is home to the MS and Parkinson’s Tissue Bank, a collection of ‘central nervous system tissue samples donated by individuals with multiple sclerosis, Parkinson’s disease and related conditions’. It’s part of a collection making up the UK’s largest brain bank — around 1,650 specimens are stored at -80ºC, with samples from the organs being used in research projects at more than 100 different institutions around the world.

It has a special centre for Climate Change

In 2007, the Grantham Institute – Climate Change and Environment was formed, one of six cross-departmental centres focusing on specific societal issues. It was founded with the help of a multi-million pound donation from the Grantham Foundation for the Protection of the Environment, ‘the largest sum of private funding given to climate change research in the UK’.

In 1968, Brian May and Tim Staffell decided to form a band, and May placed an advert for a drummer on a notice board in the student union. Roger Taylor saw the advert and joined the band which was named Smile. In 1970, the band performed their first public gig together, in the student’s union of ICL. One of Smile’s early fans was a man named Farrokh Bulsara — along with John Deacon, Bulsara would join the band shortly afterwards. Smile was renamed by Bulsara, who adopted the name Freddie Mercury for himself — Queen had arrived. Just don’t try and tell ICL that it wasn’t the real Queen playing in their union; they have a plaque and everything.