4 Objects You Shouldn't Miss at the Horniman Collection's World Gallery 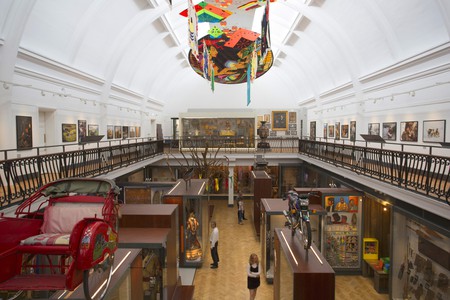 In June 2018, the Horniman Museum unveiled its new World Gallery, a collection of 3,000 objects from around the world that represent what it means to be human. Tom Crowley, one the museum’s anthropological curators, shares some of his favourite pieces from the exhibition with Culture Trip. 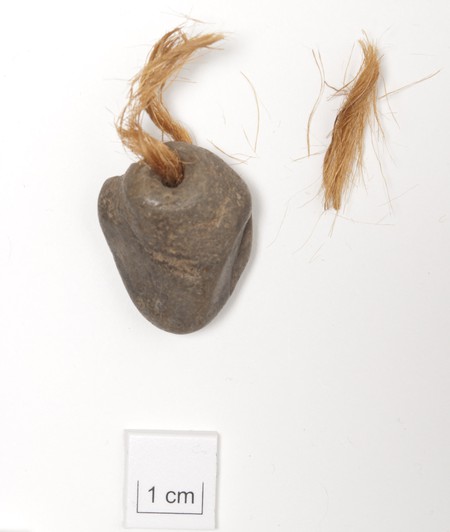 Mascots, or hag stones, are rocks with naturally occurring holes that were worn as amulets for protection in Western Europe. They are also called 'serpent's eggs' and 'adder stones'. | Courtesy of the Horniman Museum and Gardens

Tom Crowley: “We’ve got quite a lot of these charms from the First World War on display in our new gallery. They’re a very heterogeneous bunch of things. I chose this one because using a stone with a hole in it as a charm is a tradition that goes back for generations, maybe even millennia, in the UK. It’s a very traditional form of charm that a young guy from this regiment in Northumberland took it with him to this new and horrific context in the trenches. It represents a tradition stretching back to pre-Christian times and it’s been taken to this super modern, industrialised, slaughter at the trenches. He hasn’t really got that much protection, death is a really ever-present spectre, and he is using an object to give him hope and some kind of protection, when that’s not really feasible. It’s a very resilient thing to do in a very tough time. These stones with naturally-occurring holes are very common charm from the UK, its a really kind of an indigenous magic.” 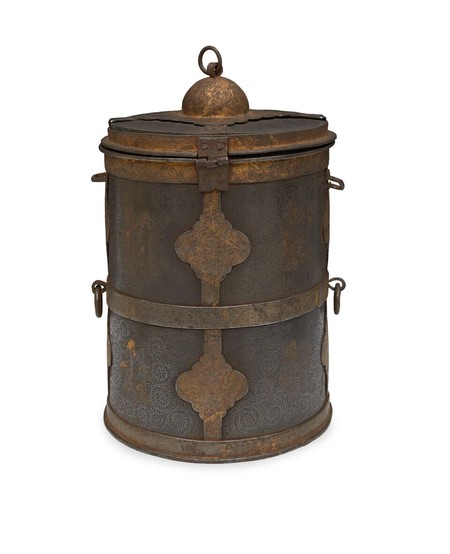 This 400-year-old container was likely used by a family to hold 'tsampa', a barley flour that is a staple of the Tibetan diet. | Courtesy of the Horniman Museum and Gardens

TC: “This container could have contained many things, but the generic wisdom about this kind of object is that they were used to hold something called tsampa, which is just barley flour and is the staple food of Tibet. I chose this more because of the tsampa than the object. The container is maybe 400 years old, but tsampa remains this really important thing for the Tibetan identity. Sign language for ‘Tibet’ is the act of mixing tsampa. When some Tibetans were trying to resist Chinese occupation, they rallied ‘all tsampa-eaters’ as a way of defining who Tibetans were. We’ve got that container on display next to a [music] video by a Tibetan rapper called Shapaley, who raps about eating tsampa.” 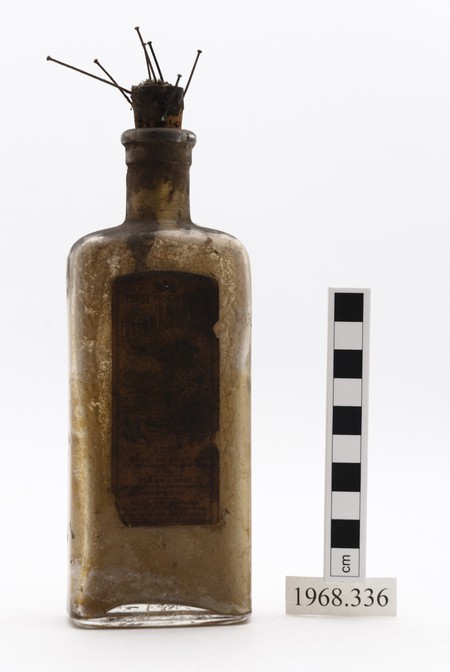 Witch bottle's were used by people to reverse what they felt were curses and were used into the 20th century. | Courtesy of the Horniman Museum and Gardens

TC: “The weird thing about this is that it’s really recent. It was maybe discovered in the 1930s and the label on the bottle could be from the 20th century. [This piece shows that] traditional witch-fearing beliefs in places in the UK continue right up to the edge of living memory. There are quite a few ‘witch bottles’ kicking about in museum collections. How they’re used kind of varies, but basically what happens is if a witch puts a curse on you, or you think you’ve been cursed, the way you lift the curse is [by peeing] in that bottle and then [putting] a cork in in it. In this instance, someone has also put pins in the cork. You might also place the bottle in the fireplace, or maybe say some incantations, but the idea is that the witch basically can’t pee, or pees too much, until either they die, or the curse is lifted … We know there is pee in it because it was examined by chemists in the 1960s, and they found urine residues. That witch bottle is up there as one of the weirdest items in the collections and its a 20th-century English object.” 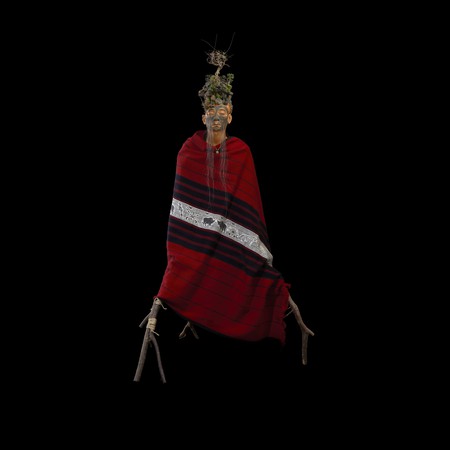 TC: “Temsuyanger Longkumer’s work is so perfect, the display that [‘Tattooed Memory’] is in is about how young people in Nagaland try to relate to their past before Christianity. His parents converted to Christianity, became missionaries and went to the territory of one of the last tribes of the Naga people in northeast India to be Christianised [the Konyak tribe]. Longkumer grew up with Christian parents, his father was a minister, but the people around him were not Christian, so he grew up with both experiences.

Longkumer’s story is really cool: he studied in Delhi and then got a scholarship to the Royal College of Art in London about 16 years ago. When he got that scholarship, his brother gave him the beautiful cloak you see in the piece, so it’s really personal. The face is a cast of his face, the hair is his hair, and the tree thing at the top is the tree house that he played in when he was little. 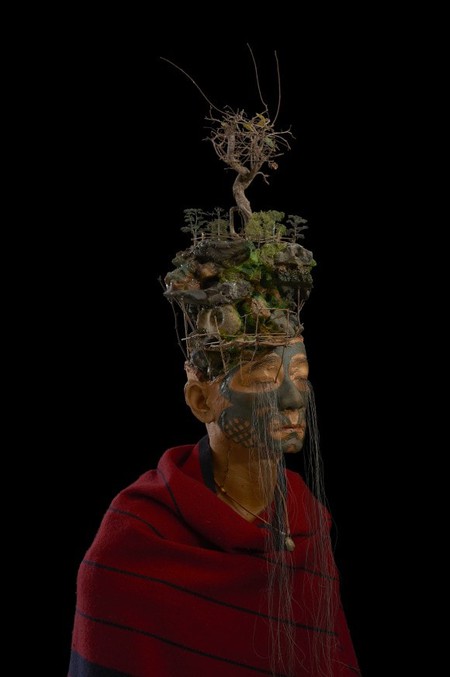 Close up of 'Tattooed Memory' shows the detail on the top of the figure's head. The structure in the tree is a model of the treehouse the artist played in as a child. | Courtesy of the Horniman Museum and Gardens

There’s also a lot of tension in this piece; in the past there was a lot of headhunting in [the Konyak region of Nagaland], and that’s a headhunter’s cloak that he’s wrapped in – now people give them as gifts for big achievements. It shows that there’s a bit of ambivalence [among Nagaland’s young people] about the past. They’re fascinated by some of it and horrified by others. Some of their parents say ‘you shouldn’t be interested [in the past], you’re Christian now,’ but when your culture goes through this huge change from being its own to being Christian, what does that do to your identity as a people?”

You can see these remarkable pieces at the Horniman Museum in South London. The comprehensive World Gallery collection is on display in the Museum’s South Hall as a permanent display. Admission is free.