15 Things You May Not Have Known About Bridget Riley 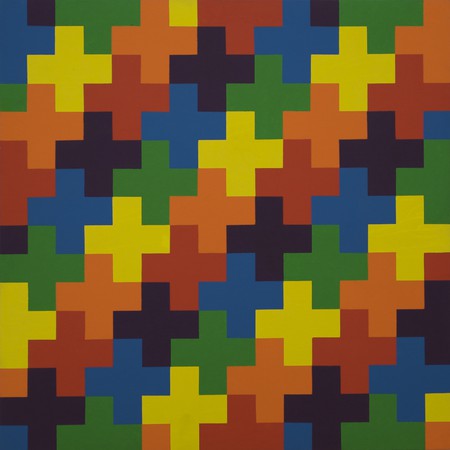 Bridget Riley rose to prominence in London in the 1960s with her bold vision for a new language of painting based upon repeated geometric forms. Since then, she has become one of the leading artists of her generation. In honour of Bridget Riley: Learning from Seurat, the latest project in a series of small-scale exhibitions by distinguished living artists at the Courtauld Gallery, here are 15 things you may not know about this renowned artist. 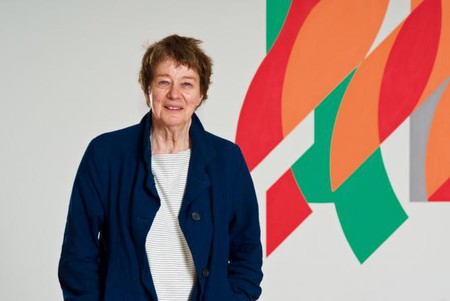 She has a varied roster of influences

The focus of the exhibition at The Courtauld Gallery is Georges Seurat’s influence on the work of Bridget Riley. In 1959, Bridget Riley painted a copy of Georges Seurat’s The Bridge at Courbevoie (Le Pont de Courbevoie, 1886-87), one of the highlights of the Gallery, in order to understand how painting is constructed at the basic level and used it as a tool to understand building light with colour. However, did you know that the work of Renoir, Monet, Cézanne, Mondrian, Matisse, Giacomo Balla and even Japanese prints were some of her other major influences? Riley even tried to make copies of works by Jan van Eyck and Pierre Bonnard but the artists had either erased their process from the surface of their paintings or worked in such an instinctive way that there was too little to detect and learn from them. Riley’s own appreciation of art history was born out of her interest in The Story of Art by EH Gombrich, which she read as a 19-year-old student. 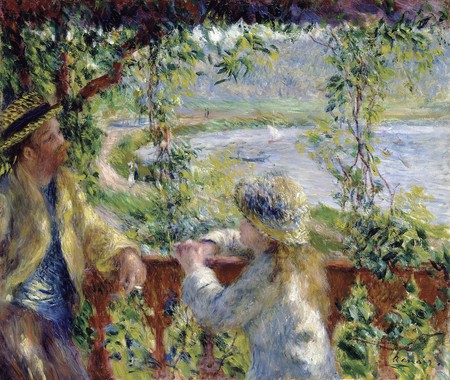 By the Water by Renoir, One of Riley’s Influences | ©Pierre-Auguste Renoir/WikiCommons

Bridget Riley was the “It” girl of the 1960s. Despite some of the criticism of her work featured in the exhibition The Responsive Eye at the Museum of Modern Art in New York, Riley held another wildly popular exhibition that same year, in the US, at the Richard Feigen Gallery in New York. The show, an exhibition of 16 paintings, was a sell-out success, selling out before it even officially opened. Maurice de Sausmarez, painter and friend of Bridget Riley’s, describes the furor that surrounded the artist: ‘On the opening day at Feigen’s gallery all sixteen works on exhibition were sold and a waiting list compiled of collectors anxious to have one of her works.’ 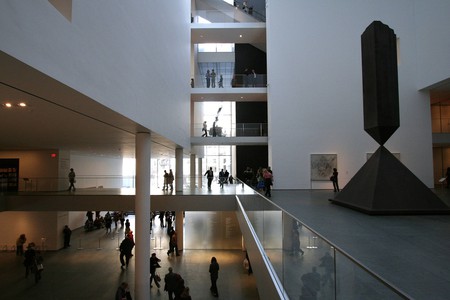 In the early 1990s you could buy a Bridget Riley painting at auction for $20,000. Now the comparative prices are up to $5.1 million. Chant 2 (1967), part of the trio shown in the Venice Biennale, went to a private American collector for $5.1 million, in July 2008, at Sotheby’s. This piece was the artist’s first work exclusively in colour after years spent experimenting in black and white. In 2006, her Untitled (Diagonal Curve) (1966), a black-and-white canvas of dizzying curves, was bought by Jeffrey Deitch at Sotheby’s for $2.2 million, nearly three times its $730,000 high estimate and also a record for the artist.

She has not painted anything figurative for 65 years

Riley has not painted anything figurative since the 1950s when she began copying the works of Seurat and making her own work in the pointillist style. You can see this in the exhibition in the bold leap in style from Pink Landscape (1960) to Tremor (1962). She used the landscape in Italy outside of Siena as her inspiration for Pink Landscape and made a leap from loose handling of paint to precision. They are placed near one another to demonstrate the move into abstraction, the latter showing the dissolution of nature and forms. 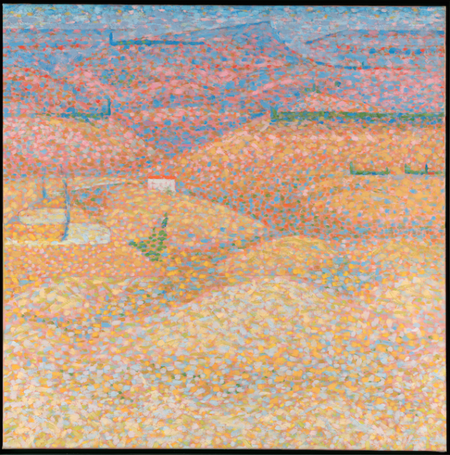 She had tea with Agnes Martin in New York

On her trip to New York she met and had tea with Agnes Martin, another fellow female abstract painter. In 1957 Martin moved from New Mexico to New York after she was discovered by Betty Parsons. Martin in her own right is an accomplished American abstract painter working relatively at the same time as Riley. Though often referred to as a minimalist, Martin considered herself an abstract expressionist. 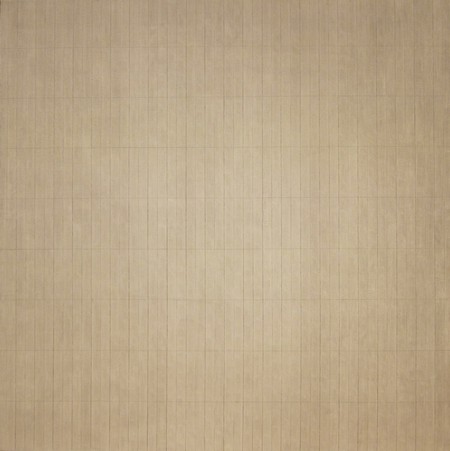 The Who wore her painting

In 1966 Keith Moon, the drummer from the The Who, was photographed wearing a T-shirt adorned with Riley’s painting Blaze (1964), a swirling vortex of black and white geometric lines. Copied freely by graphic designers and fashion magazines, Bridget Riley was upset by the commercialisation of Op Art. In 1965, Riley’s exhibition The Responsive Eye, curated by William C. Seitz, was shown at the Museum of Modern Art in New York, which drew worldwide attention to not only her work but the Op Art movement. Her art was repeated and reproduced ad nauseam by ready-to-wear manufacturers, her paintings commodified before she could utter a word of protest. Riley is noted as saying that her “heart sank” as she drove from the airport down Madison Avenue, seeing shops littered with dresses based on her paintings. She denounced the way her art was being “vulgarised in the rag trade” and discovered that in the US there was no copyright to protect the work of artists. It was not until 1967 that a US copyright legislation was passed following an independent initiative by New York artists. 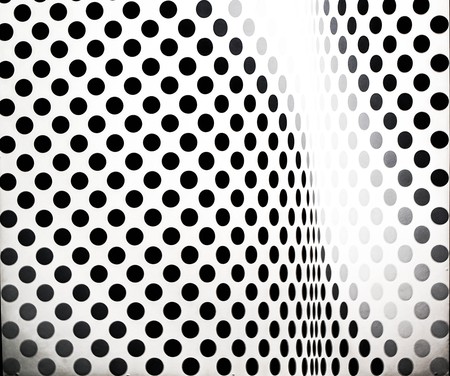 She has been running SPACE for 40 years

Standing for Space Provision Artistic Cultural and Educational, SPACE was an attempt to build a utopia for artists. In the last days of London’s dockyards, old warehouses stood empty and rotting for miles along the Thames. The first place they looked at was Marshalsea prison in Southwark, where her partner Peter Sedgley initially wanted to squat. With London’s housing crisis, squatting became a way of coping. But rather than squatting they rented an abandoned ivory warehouse at St. Katharine’s Dock from the Greater London council. As quickly as they moved in they had to move out, as St. Katharine’s Dock was part of the redevelopment of London’s Docklands. Over the years they found place after place. After 40 years SPACE is still going strong, forming a creative community of artists. Riley believed that art is a social act ad she extends that social vision into SPACE.

Her work may cause motion sickness

Reproductions never do Op Art paintings justice. When you look an Op Art painting in person, the flat surface of the paintings seems to heave and ripple before your eyes. The longer you look at it the more the whole world starts to shift like a ship at sea, in some instances producing a hallucinatory effect, in others motion sickness. One such painting in the exhibition is Late Morning I (1967), a large canvas filled with vertical lines of alternating four pure colours of white, green, blue and red, which create a ripple effect of both vertical and diagonal lines in front of the viewer, almost appearing to shake and move in front of the viewer’s eyes, encroaching your visual space and enveloping all your other senses, its visual energy producing dynamic physical sensations. 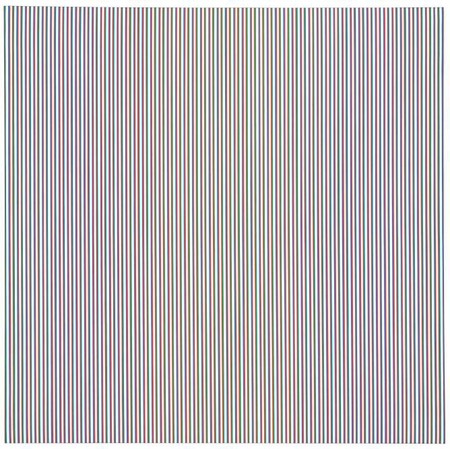 She has several important firsts

Bridget Riley was the first woman to receive the Sikkens Prize, a prestigious Dutch art award that recognises the use of colour. The Sikkens Foundation has described Riley’s work as pure, subtle, and precise as well as a ‘sensational oeuvre from which a new generation of artists is drawing inspiration.’ In 1968, though she was reluctant to be known as a female artist but rather as an abstract painter, she was the first woman to win the International Prize for Painting at the Venice Biennale.

She has a lot of fans

She has an impressive lineage

Riley is a distant descendant of William E. Gladstone, a liberal British politician who served as the prime minister four separate times, more than any other person. Her mother is the daughter of an English inventor who worked for Thomas Edison. 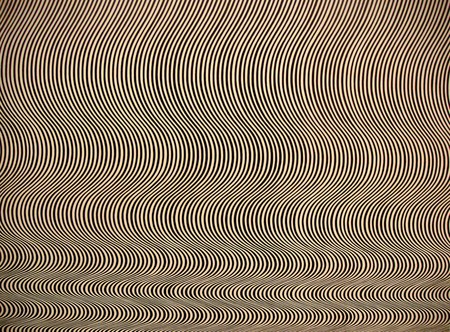 She has numerous studios

Riley has a six-storey Kensington house, four storeys of which are studios. She also has houses with studios in Cornwall and Provence and a studio in Bow in London’s East End, a loft, with apartments she uses for storage. She says she likes the distance between herself and work and frequently travels from her home in West London to work at her studio in East London.

You can have a peak into Riley’s studio

Copy after The Bridge at Courbevoie by Georges Seurat (1959) usually hangs on a wall in Riley’s studio to serve as a touchstone for her continued exploration into the question of perception and as a reminder of the artist who played such an important role in setting her on her path. Now you can see it displayed at the Courtauld Gallery as part of the exhibition. 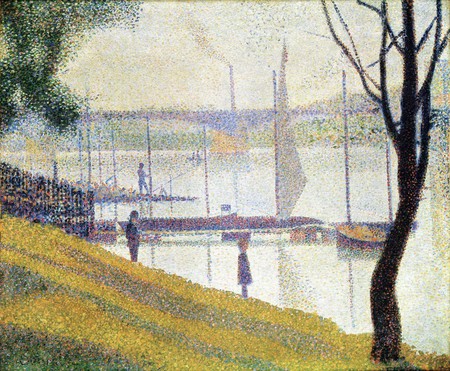 The Bridge at Courbevoie by Georges Seurat | © The Yorck Project/WikiCommons 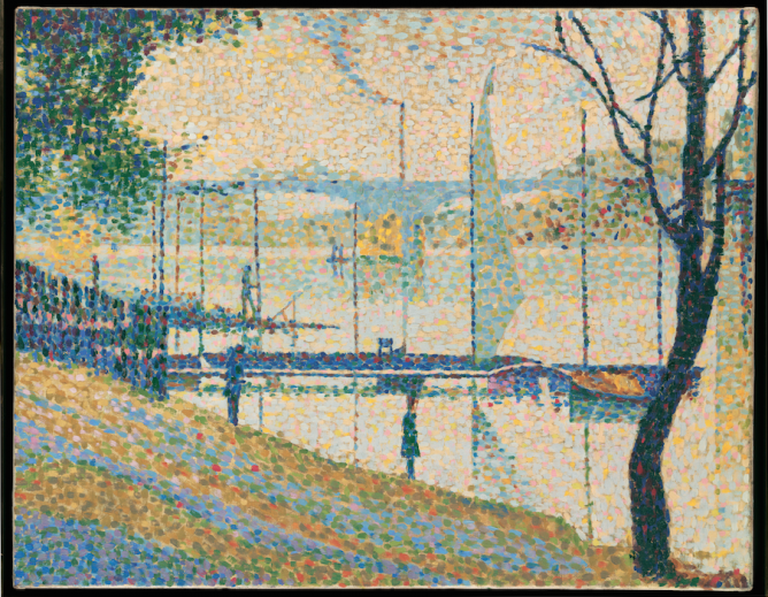 Bridget Riley, Copy after Seurat’s Bridge at Courbevoie, 1959, oil on canvas, 28 x 35 7/8 in | © Bridget Riley 2015
As Riley gradually proceeded to internalise Seurat’s method, she came to the point where she began to realise when he did not do something he should have done, had he followed his ‘method’ to a T. For example, there are red dots visible in her copy that are not visible in Seurat’s painting. Following Seurat’s “method” Riley realised that they should in fact be there. This came from knowing about his use of ambient complementaries. Therefore in a green ground like his, he would normally have put red in, which he did not do in his original. It took her about one week to paint her copy of Seurat’s The Bridge at Courbevoie.
The installation of the exhibition, much like Riley’s painting process, was largely trial and error. Original plans were changed once the works arrived in order to give each work enough space to breathe as well as be placed strategically in conversation with each other. Though present in only one room, with seven works, the exhibition perfectly highlights the most important aspects of Seurat’s impact on Riley’s work as well as the progress of development throughout her entire oeuvre.
Open In Google Maps
London, United Kingdom
Give us feedback
Give us feedback