Think Seinfeld was shot exclusively in New York? That The Italian Job was filmed solely in Italy? Braveheart was filmed only in Scotland? Well, think again. Here are 15 movies and TV shows you didn’t know were filmed in these cities – and they might just surprise you.

You might not know it, but Ireland’s County Wicklow is known as the Hollywood of Europe thanks to the number of major movies filmed in the region. It’s not that hard to see why: it’s a place of diverse landscapes, sandy beaches, coastal towns, rugged cliffs, mountains and picture-postcard villages and towns. One of which is Bray, home to its own film studio, Ardmore Studios, and the setting for a number of movies and TV shows, including Braveheart (1995), Angela’s Ashes (1999) and The Tudors. Bray is also seen as a fantastic and affordable alternative holiday destination to Dublin. 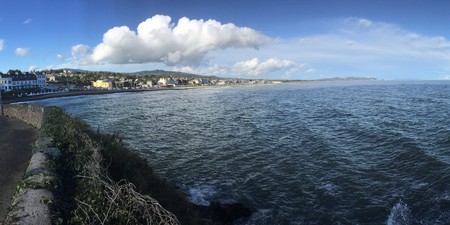 The 2010 Oscar-winning historical drama, which tells the true story of King George VI, his unexpected rise to the throne and the speech therapist who helped him overcome his stammer, was filmed partly in Bradford, England, as well as nearby Leeds. The film’s opening scenes – which see George struggle to deliver a speech – were filmed at Odsal Stadium in Bradford and Leeds’ Elland Road, with hundreds of locals acting as extras. 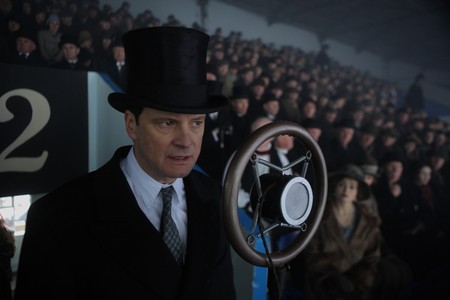 The 1989 culmination of Steven Spielberg’s phenomenally popular action-adventure franchise has many exotic filming locations to its name – from Jordan to Italy and everywhere in between. It was also filmed in Bushey, a humble town in Hertfordshire. Bushey is home to the now-abandoned Royal Masonic School for Boys – opened in 1903, it doubled as a popular shooting location for many films and is seen in The Last Crusade when Indiana teaches an admiring class of students early on in the film. Since falling into disrepair, the school was coined the scariest building in Britain. Rather predictably, it has since been turned into a housing development.

Montreal, Canada: Catch Me If You Can

Spielberg’s 2002 outing about the real-life story of con-artist Frank Abagnale – who successfully posed as a Pan American pilot (as well as a doctor and prosecutor), earning millions of dollars in cheque fraud before being hunted by the FBI – has a distinctly European feel. But the filmmakers didn’t fly to Paris or Zurich to film their scenes; instead they went to Quebec which, it’s fair to say, has a distinctly European aesthetic itself. Place Royale and Notre Dame des Victoires both feature in the film. 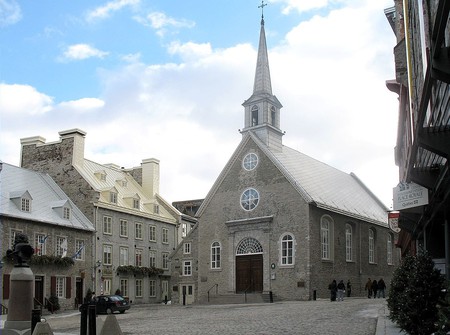 F. Scott Fitzgerald’s great 1925 novel is, of course, all about the lives of New York’s young and rich in the roaring 1920s. The book is set on NYC’s Long Island in two fictional areas known as West Egg and East Egg – although these two places do exist in real life as Great Neck and Port Washington. And perhaps nothing else in the novel symbolises the decadence and wealth of Gatsby and his contemporaries than his mansion. But in the most recent attempt to film The Great Gatsby – the 2013 version directed by Baz Luhrmann with Leonardo DiCaprio in the starring role – the exterior of the sprawling mansion was in fact filmed at the International College of Management in Manly, Sydney. 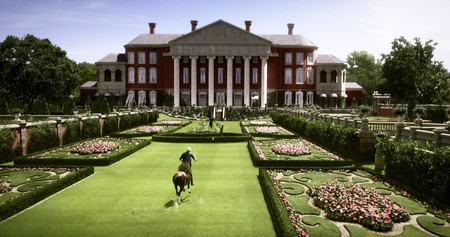 The Italian Job (1969) is regarded as a British classic. And you’d be forgiven for thinking the 1969 comedy-criminal-caper, starring Michael Caine, Noel Coward and Benny Hill, was shot exclusively in England and Italy. In fact, the film’s prison scenes were actually shot at Kilmainham Gaol in Dublin. The prison, which closed in 1924 but continues to operate as a museum, holds an important place in Irish history. It’s where many rebels who led the Easter Rising of 1916 – which opposed British rule – were first imprisoned, with some being killed by firing squad.

The 2016 sequel to Captain America, the franchise based on the Marvel Comics superhero, has frenetic, action-packed opening scenes set in a market in Lagos, the largest city in Nigeria. In actual fact, some of these scenes were shot in San Juan, the capital of Puerto Rico. When the New Avengers track Crossbones, you’re actually overlooking the roofs of Milla de Oro, San Juan’s financial district, not downtown Lagos. Why was it filmed in Puerto Rico and not Nigeria? Well, one answer could be that Puerto Rico is an American territory, which presumably makes it much easier for US filmmakers to film there. 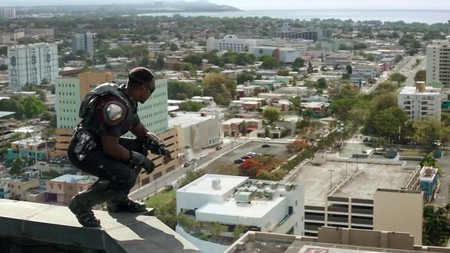 Season 4 of the popular, Emmy and Golden Globe-winning political spy thriller Homeland has lots of scenes apparently set in Islamabad, Kabul and Washington DC. In actual fact these locations were in shot Cape Town in South Africa. It’s thought that the makers of the show were so focused on making the set as realistic as possible they spent a whopping $100,000 on cars alone to make it come to life. 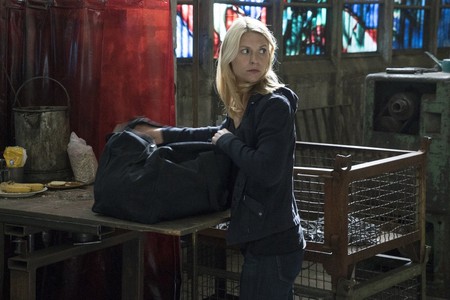 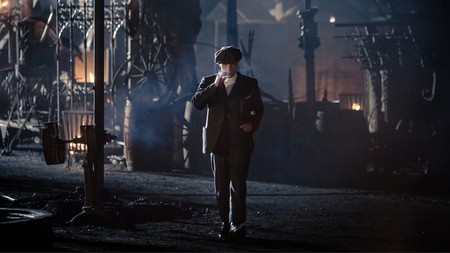 Bates Motel, the TV show prequel to Alfred Hitchcock’s classic 1960 psychological horror starring Anthony Perkins and Janet Leigh, tells the story of a young Norman Bates growing up with mother Norma in a fictional coastal community called White Pine Bay in Oregon in the US. Actually, the show is shot in Aldergrove, a small town in British Columbia, Canada. 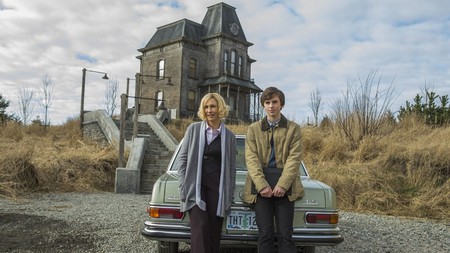 Prohibition-era drama Boardwalk Empire is set in New Jersey’s Atlantic City, where it tells the story of politician and gangster ‘Nucky’ Thompson (played by Steve Buscemi). Yet much of the show was filmed in New York, particularly Brooklyn, Staten Island and Rockaway in Queens, as these areas were transformed into Atlantic City, as well as Chicago and Havana. The crew were so successful in their attempts to create a realistic set that, one time, a civilian tried to walk into a fake cigar shop created just for the show, thinking it was a real store. 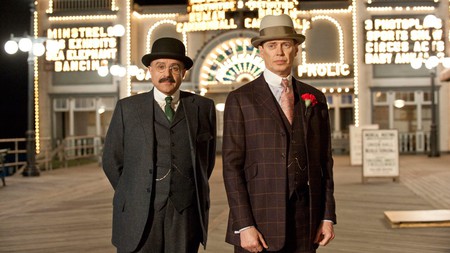 One of the best TV comedies of all time is synonymous with New York. And yet, much of the ‘show about nothing’, telling the lives of Jerry, Elaine, George and Kramer, was actually shot in Los Angeles – although of course there are plenty of scenes involving real life New York locations (find your favourite here). The exterior of Jerry’s apartment, though, was not one of them – that is located at 757 S. New Hampshire Avenue in Koreatown, LA. Much of the Los Angeles filming took place at Universal Studios Hollywood and CBS Studio Center. 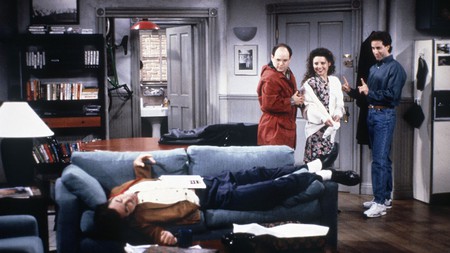 The heartbreaking Brokeback Mountain, starring the late Heath Ledger and Jake Gyllenhaal, is about the complex emotional relationship between two cowboys in the American West, specifically Wyoming. But the Oscar-winning movie wasn’t filmed there. Nope, it was shot in the Canadian Rockies in Alberta, with Calgary, Cowley, Elbow Falls and Fort Macleod all masquerading as Wyoming. 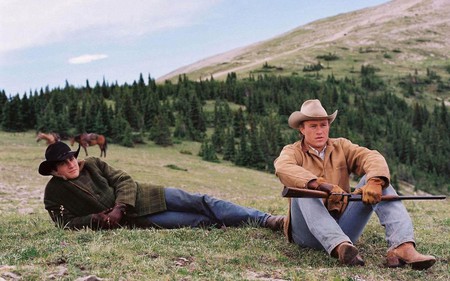 If you’ve ever been to Greenwich, it’s hardly the kind of place you’d associated with a dystopian thriller about the world falling into anarchy due to an infertility crisis. It’s more nice cafés, arts and craft fairs and Pizza Express. Yet Alfonso Cuarón’s 2006 adaptation of PD James’ novel The Children of Men, starring Julianne Moore, Clive Owen and Chiwetel Ejiofor, has some scenes shot in the borough. When Kee and Theo manage to escape an uprising, they hide in an abandoned bank building, which is on Greenwich’s Thomas Street. The film’s brilliant opening scenes were also shot in other parts of London including Fleet Street. 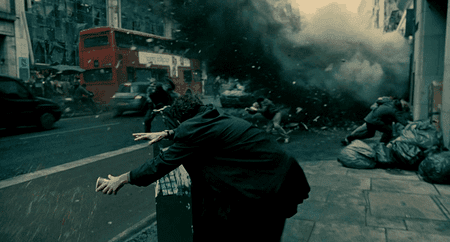 Batman lives in Gotham City, which is somewhere in America, thought to be based on New Jersey, New York, Chicago or an amalgam of the three. But for the fantastic Batman Begins (2005), director Christopher Nolan chose some London locations instead of crossing the pond. The interior of Gotham State City Courts is actually Senate House, a beautiful art deco building in London’s Bloomsbury. 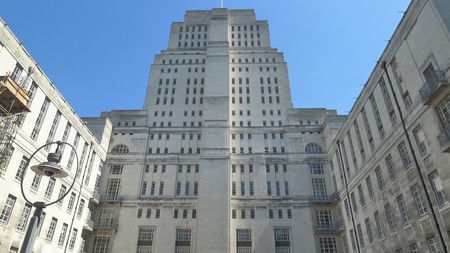