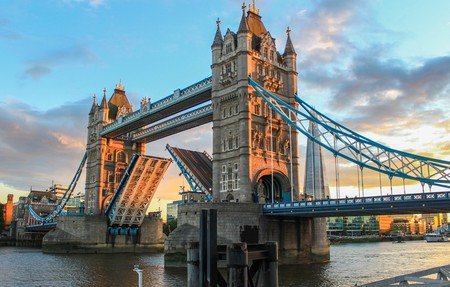 Dating in itself can be a daunting prospect but in an unfamiliar city? Now that’s a whole different ball game. Consider this your insiders’ guide to the dos and don’ts of dating in London.

Traditional methods are a distant memory

Back before the days of internet dating, people used to meet in places like pubs, bars, and even (would you believe it?) on the tube. Sounds retro, right? If you’re an old romantic and you’re still hoping to bump into your modern-day prince charming waiting to give up his uber or share an umbrella – hell, even buy you a drink – then you’re in the wrong city. In essence, if you’ve not digitally pre-arranged a rendez-vous then nights out should be seen purely as time spent with friends. Our tip? Steer clear of all 90s rom-coms and your expectations might just take less of a beating. 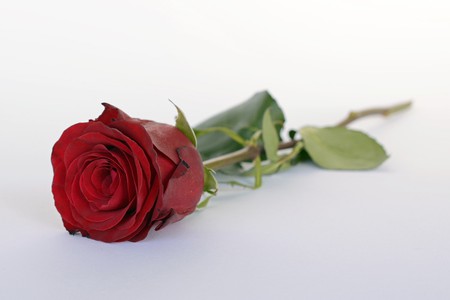 Londoners are typically one of two things; bumbling and awkward, or over the top arrogant. Don’t expect a pre-date conversation, partly because then what on earth would you have to discuss when you first meet (?) and also because the general attitude of the English is to just get on with it. Date secured, tick. There are a few exceptions to the rule, however, and you might be one of the unfortunate ones who manages to ‘match’ with someone who seems more interested in finding a penpal than a date. Bad luck. Too much chat, no invite to meet? It’s time to move on to the next.

Even if they’re absolute bottom of the pecking order and fetching the post in whatever insurance company, bank or wealth management business that they’re working for, the chances are, the ‘city boys’ as they’re often referred to, are likely to sit at the aforementioned ‘over the top arrogant’ end of the attitude spectrum. Yes, there is a lot of money to be made in those industries but no, we don’t want to hear about it thank you. 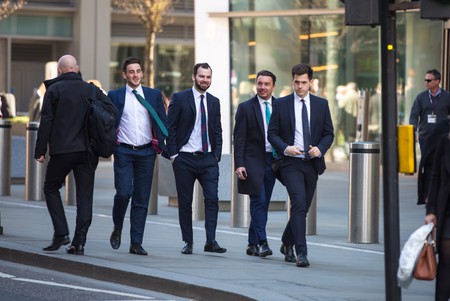 Beards are most definitely a thing

There’s the city boy and then there’s the hipster – a completely different breed of human but one just as widely known in the dating game. Expect well-groomed beards, tattoo sleeves and iPod headphones permanently attached to the inner-ear. These cool kids used to hang out in Shoreditch until it became too mainstream, so now you’ll find them residing in areas such as Hackney and Dalston, wearing vintage lumberjack shirting and ordering craft beer and vegan burgers aplenty. 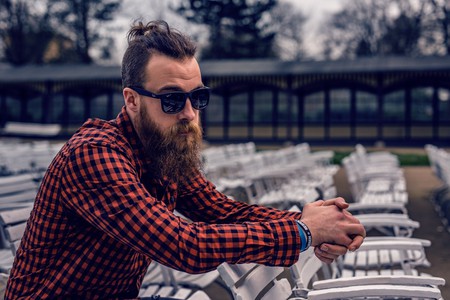 It’s called Clos Maggiore in Covent Garden. Clever marketing, not so clever are the men who book a dining spot here. Yes, it’s beautiful and the food is undoubtedly superb but it’s neither personal nor innovative so boys, we recommend doing a little more research than that. With possibilities so varied and new things to do popping up in the city every week, a table here just seems a little thoughtless. Give us street food and a cocktail in a plastic cup over a tourist hotspot any day of the week – chances are you’ll also save a fortune in the meantime. 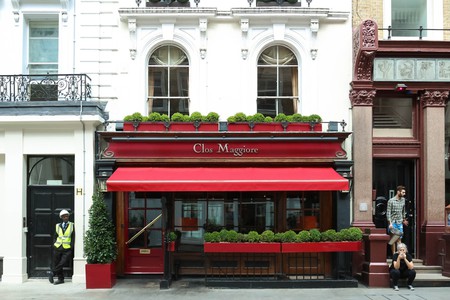 Clos Maggiore is restaurant in the heart of Covent Garden, London | © Petr Kovalenkov/Shutterstock

This goes for all areas of the UK, not just London and is fairly true of most chains when you’re dating in the city, Nandos aside. We don’t care what excuse they’ve come up with, this is never an acceptable option. 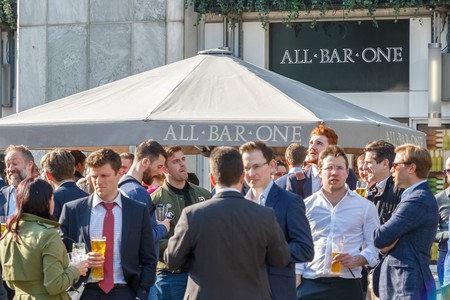 Bumble is the app all the cool kids are using

See ya, Tinder, your time is up. It’s all about Bumble in London right now; the app where the woman has to make the first move and fast – you’ve got a 24 hour window after ‘matching’ with someone to strike up conversation. For those quaking in their boots at the thought here’s a word to the wise: sometimes you will get ignored, but this is a numbers game and you’ve got to cast that net wide. Don’t feel disheartened if you don’t get a response as the chances are he’d have had nothing to say for himself anyway.

You’d think, with a city the size of London, the likelihood of coming across someone you know on apps like Bumble would be slim wouldn’t you? Wrong. Worst case scenarios include: your ex boyfriend, your best friend’s ex boyfriend, your friend’s current boyfriend and a face that vaguely reminds you of someone you might have woken up next to after a tequila-fuelled night. Do your background research. The internet is your oyster, remember, so use it. Find out what you can about those that you do end up talking to to eliminate the chances of accidentally dating your boss or something equally as horrific.

…although in some cases they absolutely don’t. There’s nothing worse that arriving on a date with someone who looks completely different to his digital portrayal. How best to avoid this sorry state of affairs? Follow our list of no-gos on the profile picture front. They include, but are not limited to; zero images sans sunglasses (what you hiding behind there mysterious man?), gym mirror selfies (because vanity isn’t an attractive trait), photos only surrounded by other people (his mates aren’t coming on your first date), and as a token addition, no bios that include the phrase ‘Nextflix and chill’ (because we shouldn’t have to explain this one). 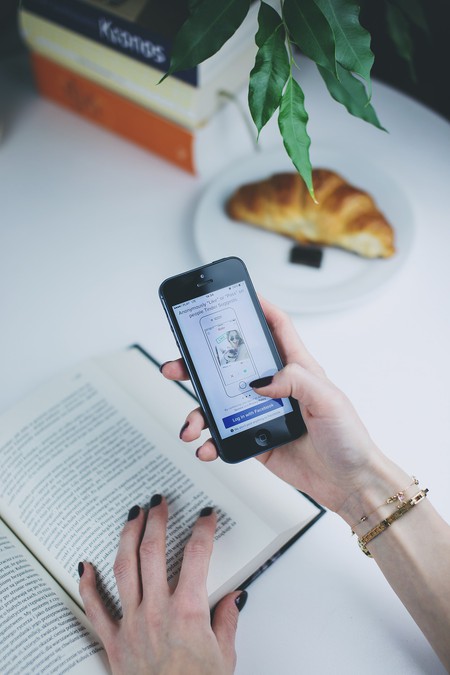 Prepare to feel awkward when it comes to paying the bill

It’s fair to say that dealing with opinions around feminism isn’t the easiest of topics to broach, let alone when you’ve only just met someone. That said, paying the bill can often be the most awkward part of the entire debacle. Modern day opinion would suggest a 50/50 split but tradition dictates a gentleman should fork out – what a conundrum! The moral of the story? There is no right or wrong answer here unfortunately. One thing to bear in mind though – if it’s you that’s suggested somewhere fancy then don’t even think about trying a carefully-timed toilet break when the bill comes along. 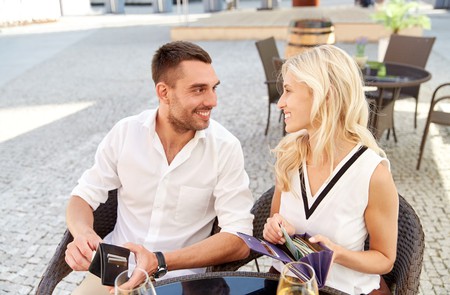 Familiarise yourself with the term ‘ghosting’

According to the holy grail that is the urban dictionary, ghosting is a term commonly known as; ‘Suddenly ceasing all communication with someone the subject is dating, but no longer wishes to date. This is done in hopes that the ghostee will just “get the hint” and leave the subject alone, as opposed to the subject simply telling them he/she is no longer interested.’ Everyone, at some point in their dating career, has ghosted. Don’t deny it, you’ve done it and you can’t play the victim when it comes to your turn. Brutal, yes, but it does the job. 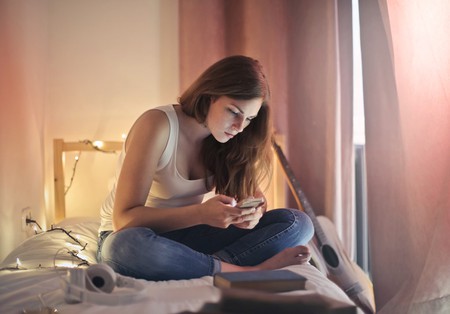 If the end goal here is an actual real-life relationship and not just a fling to pass the time, then prepare yourself to put in some serious graft. Don’t be surprised if after two months, he’s not down on one knee and telling you he wants you to have his babies because a) it’s not the 1950s and b) the people of London are busy. Very busy. The BBC reported in April this year that Londoner’s work 3 weeks a year on average more than the rest of the UK and with stats like that, plus social lives to maintain and workouts to be scheduled, the window for dating is left fairly minimal. In short, patience is a virtue and if it’s not something you’re practised in then it’s time to start learning. 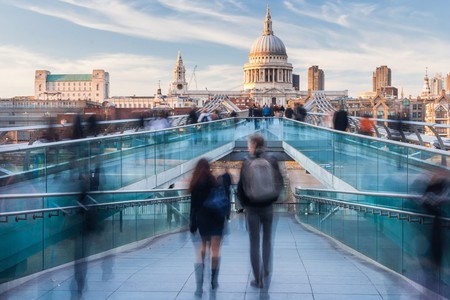