15 Songs That Define the Spirit of London 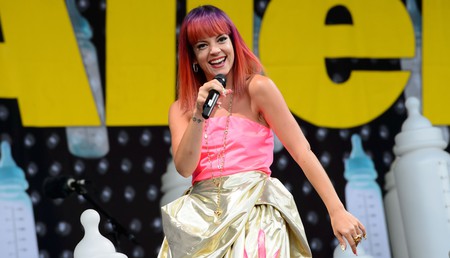 Countless musicians have paid tribute to London over the years. There have been dance floor bangers about its nocturnal spirit, soulful odes to its Underground lines and chart hits about its wildly diverse neighbourhoods.

A city this iconic demands its own soundtrack. Hundreds of songs have been written about London. There are tracks plucked from personal experience and songs that weave a fictional story. Some focus on a particular landmark or location, others pay homage to the Big Smoke in all its glory. Regardless of genre and style, each song encapsulates the spirit of the capital and the vibrancy of the people who call it home.

McTell’s gentle, finger-picking style in this song belies the hard-hitting lyrics, which touch on the plight of the city’s downtrodden and less fortunate population. McTell feared it would be too depressing for a commercial release, with lyrics such as:

“Have you seen the old man in the closed down market / kicking up the paper with his worn out shoes? / In his eyes you see no pride, hand held loosely at his side / Yesterday’s paper telling yesterday’s news”

In fact, the song, first released in 1969, was the most successful of his career. In 2020, he re-released a version with a nod to the coronavirus pandemic in the lyrics. 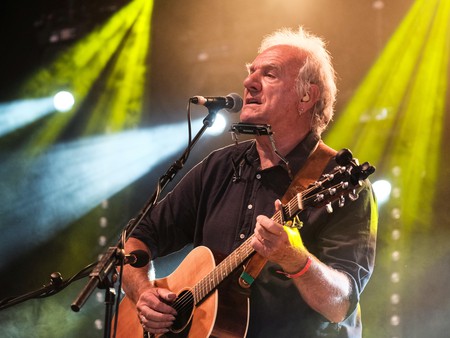 When he moved from rural Suffolk to London to try and get his music career off the ground, it wasn’t the easiest transition for the world’s cuddliest genre-surfing pop-music genius-superstar. Sleepless nights in noisy flats, dark temptations that could easily derail aspiring artists and a remote coldness that might alienate people not used to the city’s personality. This song is all about that period, and while the rhythm is upbeat, the lyrics are troubled, seeming to question his decision, while also suggesting it’s the path he has to be on. 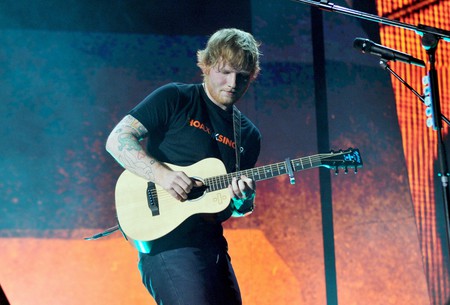 Cockney slang for being in trouble, and also referring to the area of Clapham Junction, where the song is set, the title and lyrics of this 1979 hit are London through and through. The song details the riches to rags story of a crumbling relationship, from its love-struck beginning (“We spent our time just kissing / The Railway Arms we’re missing / But love had got us hooked up / And all our time it took up”), to its bitter end: (“She left me when my drinking / Became a proper stinging / The devil came and took me / From bar to street to bookie”). The band formerly featuring Jools Holland has never sounded wittier – or more full of lament.

It’s considered one of the greatest songs ever about London: The Kinks’ bittersweet hit certainly captures the melancholic heart of the city, even if the track was initially written by frontman Ray Davies about Liverpool. Davies decided to change the location where lovers Terry and Julie meet to Waterloo, after reflecting on how significant the area was to his life. As he explained in an interview: “I was in St Thomas’ Hospital when I was really ill, and the nurses would wheel me out on the balcony to look at the river. It was also about being taken down to the Festival of Britain with my mum and dad. It’s about the two characters in the song, and the aspirations of my sisters’ generation before me, who grew up during the Second World War. It’s about the world I wanted them to have.” 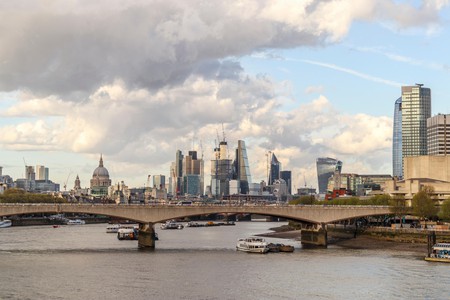 Punk band The Clash vented their fury about the state of the world in their apocalyptic anthem ‘London Calling’. The song’s title refers to the BBC World Service’s station introduction during World War II: “This is London calling …”. The lyrics touched on police brutality (“We ain’t got no swing / Except for the ring of that truncheon thing”), worries about the River Thames flooding (“London is drowning / And I live by the river”) and whether punk was over (“Now don’t look to us / Phoney Beatlemania has bitten the dust”) in this incendiary rant fuelled by the spirit of rebellion.

Neil Tennant and Chris Lowe’s most famous hit, the infectious synth-pop banger ‘West End Girls’, was inspired by Soho nightlife in the 1970s as well as, curiously, T. S. Eliot’s 1922 poem The Waste Land. The socially conscious lyrics also touch on class and the pressures of inner-city life. The pair filmed the video around the city’s landmarks including Tower Bridge, the South Bank, Leicester Square and Waterloo Station as well as aboard the 42 to Aldgate, because no London music video would be complete without featuring a double-decker bus. 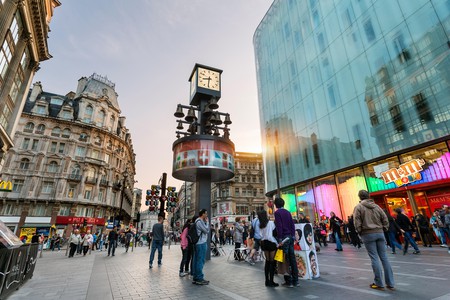 Initially put out as a limited edition 7″ vinyl in 2006, ‘LDN’ was re-released a few months later after the massive success of Lily Allen’s first single, ‘Smile’. The track, a summery ska pop track influenced by breezy Caribbean rhythms, is a blast of pure sunshine as the lyrics chronicle a bike ride around the city. All the while the singer’s upbeat lyrics poke fun at the grubby underbelly of pimps, muggers and prostitutes, at work and play beneath London’s glossy surface.

‘Hometown Glory’ is the first song Adele ever wrote, penned when she was only 16 years old and released in October 2007. The track was written in just 10 minutes after an argument with her mother who tried to persuade her to leave where they lived in West Norwood to go to university in London. There’s poignancy in Adele’s rich, raw delivery, as rolling piano keys move like slow waves between major and minor, and strings glide just above. The singer would later describe the track, a powerful ballad about her love for the capital, as a “protest song”. 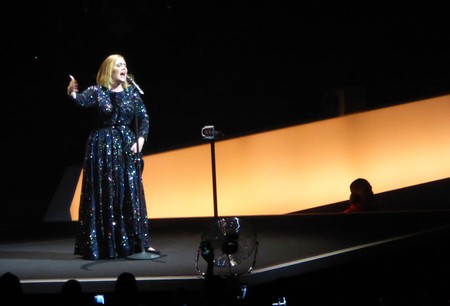 Adele released her debut album in 2008, and is best known for her powerful and emotive voice | © Barry King / Alamy

M.I.A.’s breakout hit, a riot of dancehall, jungle, electroclash and world music, reflects the vibrant multiculturalism of the capital as she references The Clash’s ‘London Calling’ in her lyrics while using Jamaican slang for “go along” – galang – in the chorus. The song is set in a post 9/11 London, which is mired in weed, paranoia, street battles and the police. The singer later claimed the track chronicled advice from friends on how to survive in the city. 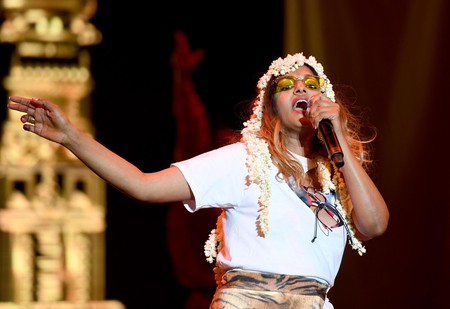 As jaunty as this song sounds, ‘Mile End’ actually charts what Pulp frontman Jarvis Cocker calls “the worst nine months of my entire life”. The singer found himself temporarily homeless in 1989 when he was a film student at Central Saint Martins after being kicked out of his flat in Camberwell. Forced to live in a grotty squat in Lewey House off Burdett Road, E3, he turned the experience into a plucky musical memoir. The track featured on their fifth album, Different Class, and was also the soundtrack to Danny Boyle’s classic 1996 film, Trainspotting. 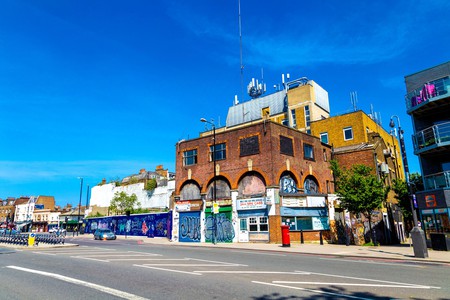 Sure, gentrification has obliterated Lower Clapton’s former reputation as Murder Mile, but Upper Clapton still has a long way to go. Professor Green’s track encapsulates the hidden violence that lurks on London’s streets if you’re not careful. The Hackney-born-and-bred musician raps: “When I walk around here there’s a couple of rules / Don’t bling around here, tuck your jewels / Unless you wanna get done by the wolves / And don’t fight back, the knife can be so uncomfortable” 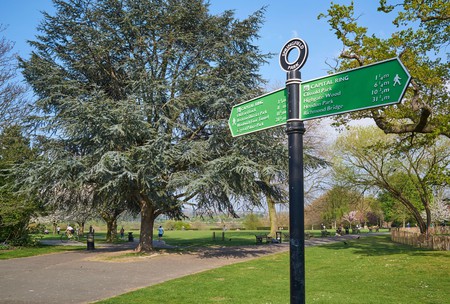 With his hit ‘Baker Street’, Scottish singer-songwriter Gerry Rafferty created one of the most famous songs about London, as well a contender for sexiest saxophone riff ever. The track, which featured on his second solo album, City to City (1978), was named after Baker Street in London. The singer had been spending a lot of time in the area at a friend’s flat as he was involved in an extended legal wrangle with his old band, Stealers Wheel. Its lyrics hint at turbulent times touching on drink, depression and casual sex. Released at the height of punk and new wave, its smooth jazz was an antidote to the abrasive spirit of the times.

Damon Albarn wrote ‘For Tomorrow’ on Christmas Day 1992 at the family piano in his parents’ house. The track focuses on Primrose Hill, a famous viewpoint in the borough of Camden, North London. The ending also mentions Emperors’ Gate, Kensington, where John Lennon first lived in London along with his wife Cynthia and baby Julian. Albarn’s parents also lived on the same street when they moved to the capital, right next to the Lennons. 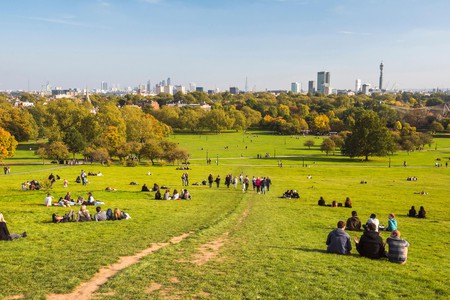 ‘Born Slippy’ became one of the most renowned songs of the 1990s after it was included at the end of the movie Trainspotting. The track, a slice of euphoric electronica, was created on a night out at Soho pub The Ship. Underworld’s Karl Hyde recalls how he had written the lyrics based on snippets of conversations that he had overheard after a heavy night of drinking. He claims the song was a cry for help and the shouts of “lager lager lager” in the chorus were made in self-loathing, so he was baffled when it became a drinking anthem. 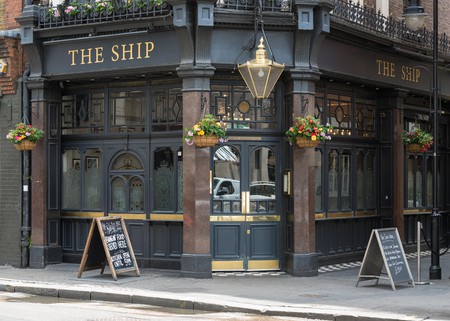 Visitors to The Ship public house and restaurant in Wardour Street, Soho, enjoy an outstanding selection of beers, ciders and wines, as well as regular live music | © David Richards / Alamy

Mike Skinner’s debut song ‘Has It Come to This?’ revolutionised the UK garage scene with his brutally honest depiction of a “day in the life of a geezer” rapped over minimalist beats and a simple piano line. The Birmingham musician namechecks PlayStations, Rizlas, the dole and even his TfL journey from Mile End to Ealing in the track, the lead single from his debut album Original Pirate Material.