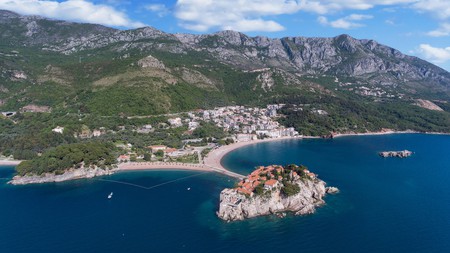 Make a trip to Budva, Montenegro, before it gets too popular | © RooM the Agency / Alamy Stock Photo

As hard as it may seem in a world where we are increasingly connected to one another, there are still a few places that can slip under the radar and remain relatively unknown. What’s all the more remarkable about the destinations on this list is that they are all breathtakingly beautiful and should be seriously considered when planning your next holiday.

Here are 11 places from around the world that you might have seen on Instagram feeds, but have (probably) never heard of…yet.

This Scottish mountain range in the Eastern Highlands region is part of a national park that covers a much larger area. The plateaux at the heart of The Cairngorms are home to Britain’s only herd of wild reindeer. The undulating terrain is sheltered from any modern trappings, and a hike through the area genuinely feels like stepping into another country entirely. The weather can be highly unpredictable, so if you are planning a trip, be sure to pack for every eventuality, but you will be rewarded by some incredible views that very few people will have experienced. 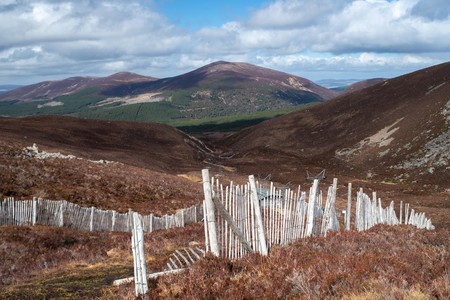 You’ve almost certainly seen this Moroccan city thanks to social media posts, but not many people can actually name it. The quaint location is best known for the shades of blue that adorn many of the buildings in the northwest of the city, which is situated inland from Tangier. Known locally as Chaouen, the destination has become popular with Moroccans and is gaining a reputation internationally, too. There are a number of hotels being built to cater for tourists, but this is still a place that gets overlooked in favour of bigger cities in North Africa. Oh, and in case you’re wondering, the blue-coloured buildings are there to either ward off mosquitos or attract tourists.

If the name of this area of New Zealand sounds like it comes from Scandinavia, that’s not by accident. The steep valleys and sheer cliffs of the regions are reminiscent of the fjords that dominate the northern European countries, but the similarly monikered “fiords” are an entirely different natural phenomenon. The inaccessibility of the area means that they have avoided any permanent settlers, as well as commercial loggers, so Fiordland is an untouched natural wonder that you need to see for yourself. If you can get there, you’ll feel like you’ve stepped into a set from Lord of the Rings. 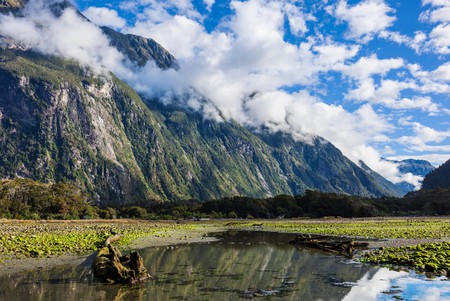 The Patagonia region of Chile is one of the ultimate bucket-list destinations on every traveller’s itinerary. This national park is often overlooked, even though it has mesmerising scenery that has to be seen to be believed. The centrepiece is Cordillera del Paine, a mountain range which has a uniquely flat-surfaced structure. There are strict hiking routes to adhere to if you are planning a visit, but the wide array of flora and fauna is considered to be some of the best in South America.

The island nation of Mauritius is best known as a holiday paradise located in the middle of the Indian Ocean. Popular with honeymooners, the luxury resorts have some of the best beaches in the world, so it’s understandable why most visitors will never leave the confines of their hotels. If you do venture further into the country, however, you will find an incredible natural landscape, including some areas that are rarely visited by foreigners. The best of these is a phenomenon known as the Seven Coloured Earths, a collection of multi-coloured sand dunes that were formed in the aftermath of a volcanic eruption. This unique natural attraction is found at Chamarel. 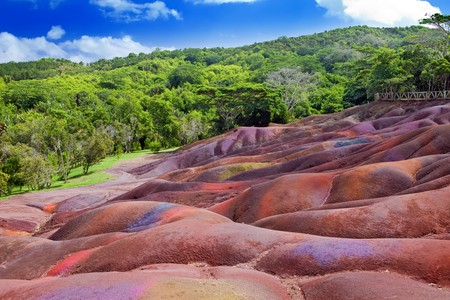 This is another location that you might not have heard of, but will have almost certainly seen somewhere online. Even if you haven’t clocked eyes on it yet, the otherworldly Wulingyuan valleys were the basis of the alien planet Pandora as seen in Avatar (2009). The most notable features are the giant sandstone pillars, which rise hundreds of metres out of the ground and offer a surreal view when observed from an elevated position.

We’re not going to pretend that Iceland is an undiscovered gem, but not many people have been to Diamond Beach. That’s the appropriate nickname for Jökulsárlon, a large glacial lagoon that is littered with gleaming blocks of naturally occurring ice. What makes the spectacle all the more breathtaking is the black sand canvas upon which the glistening white and blue ‘diamonds’ sit. Jökulsárlon is about five hours from Reykjavik via Iceland’s main ring road. 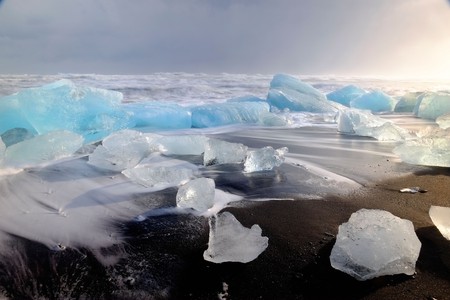 Perched on the Adriatic Sea, this Montenegrin town is what Dubrovnik wishes it could be. To be fair, the latter was once the same sort of peaceful retreat, but is now a victim of its own success, something that sadly might also happen to Budva. The small town is starting to gain notoriety for its beaches, which are among the best on the Adriatic but also starting to fill up with tourists looking for a quiet retreat. For film fans, Budva is also known as the capital of Montenegrin cinema.

Tsingy de Bemaraha is a vast nature reserve in Madagascar. It gained UNESCO World Heritage status in 1990 thanks to its wildlife and a one-of-a-kind feature that is hard to comprehend. Rising up to 70m (230ft) in the air, the Tsingy are razor-sharp limestone structures that hide a lush landscape beneath. To aid adventurous tourists, local authorities have built a series of rope bridges along the peaks to create a path through the area. Just remember, the word tsingy roughly translates from Malagasy into English as “where one cannot walk barefoot.” 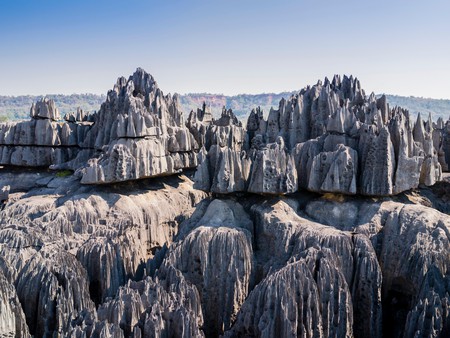 Saint Michel d’Aiguilhe (St Michael of the Needle) is not to be confused with the better known Mont-Saint-Michel in Normandy, although both locations are notable for their hard-to-reach locales. In the case of the Saint Michel d’Aiguilhe chapel, this is due to the fact that it was constructed on top of a volcanic plug 85m (280ft) in the air. To get to it, you have to climb the 268 steps that are carved directly into the rock.

Have you ever wanted to visit an actual oasis in the desert? The Peruvian settlement of Huacachina is about as close as you can get, and one that has hotels, restaurants and even nightclubs! At a push, you can explore the village as a day trip from Lima, but your best bet is to get on a bus from the capital and book a stay at one of the hotels in the Huacachina. How many other people do you know that can boast spending a night in an oasis in the desert? 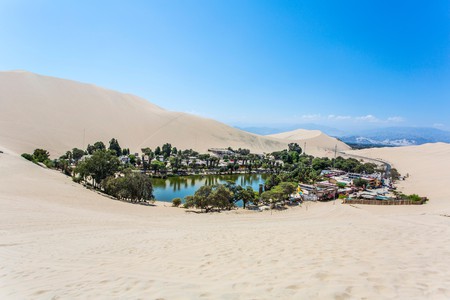 Spend a night in an oasis in Huacachina, Peru | © Iurii Buriak / Alamy Stock Photo
Give us feedback