11 Most Filmed Locations in London 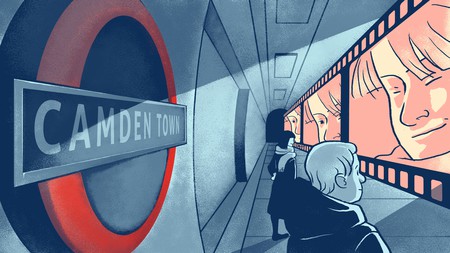 Countless films have been shot in London, from rom-coms like Four Weddings and a Funeral to the animated classic Who Framed Roger Rabbit, Culture Trip takes a closer look at the disparate locations around the city that have inspired filmmakers for decades.

Taking data from the ultimate movie bible, IMDB.com, GoCompare have looked at films shot all over the globe and created an interactive database of the most popular locations used on screen. Here are the top 11 from London, and some of the movies that have been shot there.

The most popular location in London, by quite some distance, is South Bank. To be fair, this does constitute quite a large stretch along one side of the Thames River, but most of the filming is concentrated in the areas surrounding the main bridges. James Bond’s current residency is actually an amalgamation of several buildings on South Bank, with the most iconic being the current Secret Intelligence Service (SIS, MI6) headquarters.

Romantic comedies also tend to head to the area around the National Film Theatre and the BFI Southbank. The picturesque promenade outside is well lit in winter and host to various pop-up bars and restaurants in the summer. 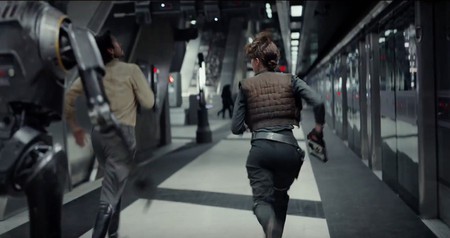 Canary Wharf Station as seen in ‘A Star Wars Story: Rogue One’ | © Disney

Canary Wharf is famous for being inadvertently spotted by viewers in recent years when the trailer for the Star Wars spin-off Rogue One (2016) was first released online. Eagle-eyed fans couldn’t help but notice that one of the sequences featuring Felicity Jones, the star of the movie, was filmed at Canary Wharf tube station. Producers didn’t dress up the location much, and it looks pretty much the same if you head there now. The area is one of London’s most modern spaces, having undergone a massive renovation in the late 1980s, and is also popular for movies looking to depict affluent business types and media ‘luvvies’. 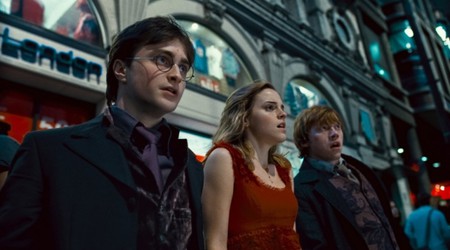 Nearly everyone has been to Piccadilly Circus. It’s no surprise, then, that the location has been used in numerous films. You’ve almost certainly seen footage of the famous electronic advertising boards used as an establishing shot to show characters in London (usually with a red bus and black taxi to hammer home the point). Nothing says ‘welcome to London’ like a trip to Piccadilly Circus.

A five-minute walk from Piccadilly Circus is Trafalgar Square, another tourist hotspot popular for taking selfies with lions and old stories about being pooped on by pigeons. Nowadays you’re more likely to see film crews taking over the space as the area has featured in numerous recent blockbusters.

A world heritage site, and the centrepiece of Maritime Greenwich, the Naval College was actually a royal palace and the birthplace of Mary I and Elizabeth I. The vast buildings are architecturally spectacular, and lend themselves perfectly to epic scenes in present-day features. The real calling card, however, is in recreating bygone eras – and there’s no doubt that this is one location that simply cannot be recreated in a studio. 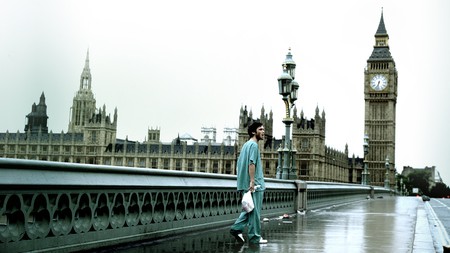 Suffragette (2015) made history by being the first film shot in and around Parliament, although the surrounding buildings have been used a number of times before. There are many instantly recognisable views in this area, as seen in the thrilling Danny Boyle zombie horror 28 Days Later (2002). But be warned… you’ll have to get there at 6am on a Sunday morning, as the producers of this movie did, if you want to avoid traffic and tourists.

The home of English football, Wembley Stadium and the nearby arena actually don’t feature in all that many sports movies. Having undergone a revamp recently, the site is often used as a backdrop for fast-paced action scenes or as a symbol of regeneration across London. 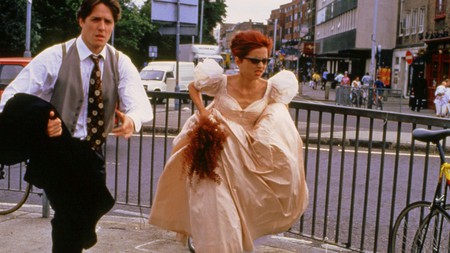 A prime example of the aforementioned regeneration is Camden. Once an arty but affordable part of London, the area is now arty and entirely unaffordable. Camden Market remains a hotspot for tourists but retains something of its gritty reputation. Late at night things definitely take a turn, and you can understand why Stanley Kubrick decided to film some scenes from his adult drama Eyes Wide Shut (1999) here.

‘Pirates of the Caribbean: On Stranger Tides’ | © Disney

On the border of Surrey, Hampton Court Palace is still relatively easy to get to – and perhaps that’s the appeal for filmmakers? It’s technically not in London, but accessible via a standard London Oyster card. Hampton Court Palace has an unmistakable opulence that works brilliantly on camera, as well as plenty of open spaces to recreate medieval courtyards or Victorian-era murder mysteries on cobbled paths. 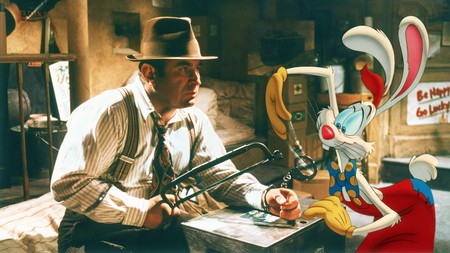 We’ve excluded major film studios from this list, so the likes of Elstree and Pinewood aren’t included, but Wood Lane counts as it is predominantly known as the old home of the BBC. The main building, made up of several smaller studio spaces, was recently converted into plush modern apartments and retail space. Surprisingly, the nearest tube station isn’t Wood Lane but actually White City – although they’re only about a minute apart.

The Queen’s residence is particularly hard to get on film, being surrounded by security and tourists, so – despite it being one of the most recognisable places in the world – it isn’t on screen as much as you would think. Producers are quite savvy however, and have a number of tricks up their sleeves to make it look like they are there. In The BFG (2016), Steven Spielberg gained permission to briefly film the front of the palace and then used the rear of Blenheim Palace to complete the scene.