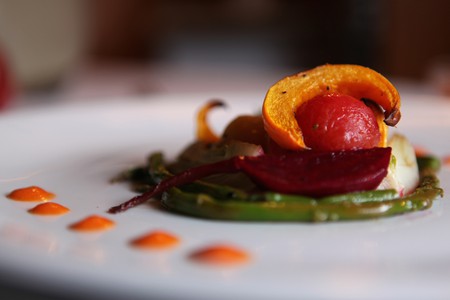 The culinary scene in London is thriving and constantly changing, but the panorama of top notch dining in the United Kingdom expands well beyond the borders of the capital city. From Glasgow to Bristol, local foodie scenes are gaining in confidence, with the nation’s top young chefs working right across the British Isles. Here are 10 of the best young chefs to seek out in the UK at the moment. 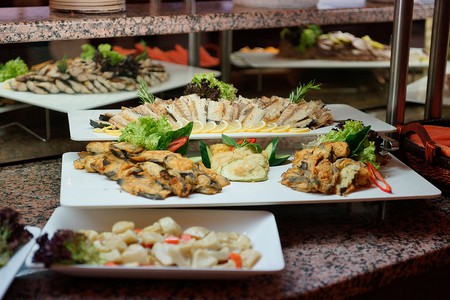 A Cornish teenager, at the age of 19, Georgina Dent won the Young Chef of the Year title at the Observer Food Monthly Awards in 2013. Inspired in her passion for cooking by her parents, both chefs, and by the natural produce of her native Cornwall, Dent started out when she was only 15. Two years later she was working with Nathan Outlaw, driven by a fierce determination and unconditional love for the job, and subsequently moved on to Angela Hartnett’s Murano in London animated by the same spirit. Pursuing a style that is essentially simple, her name is known to many big name chefs, and Dent is one of the rising stars in British cuisine. 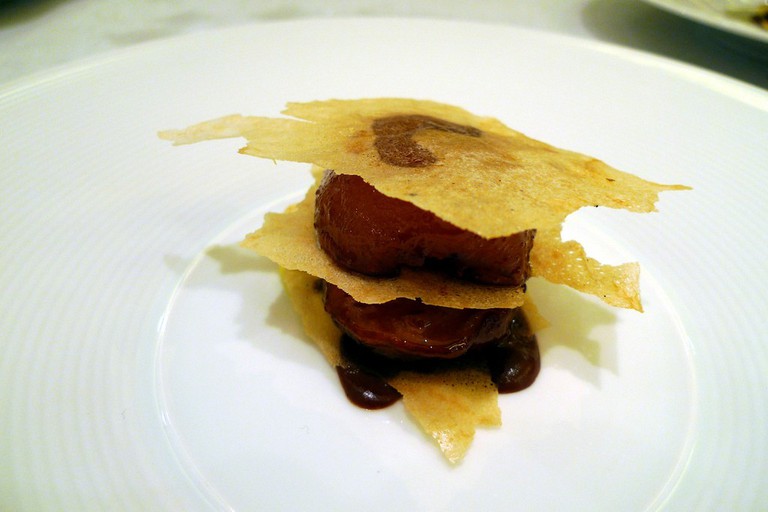 Restaurant, British
Facebook
Email
Twitter
Pinterest
Copy link
Share
Matt Gillan’s brilliant career in the kitchen began right out of school in his native county of Hampshire, where his talents emerged and diverted him from pursuing a graphic designer role. After a couple of years training under the aegis of chefs like Gordon Ramsey and Daniel Clifford, and a year spent picking vegetables in Australia, Gillan returned to the UK and now heads The Pass restaurant at the South Lodge Hotel in West Sussex. With a cuisine he define as ‘Progressive British’, Gillan’s dishes combine a variety of international influences with fresh British produce from specialised suppliers, a mix that earned him a Michelin star in 2011. 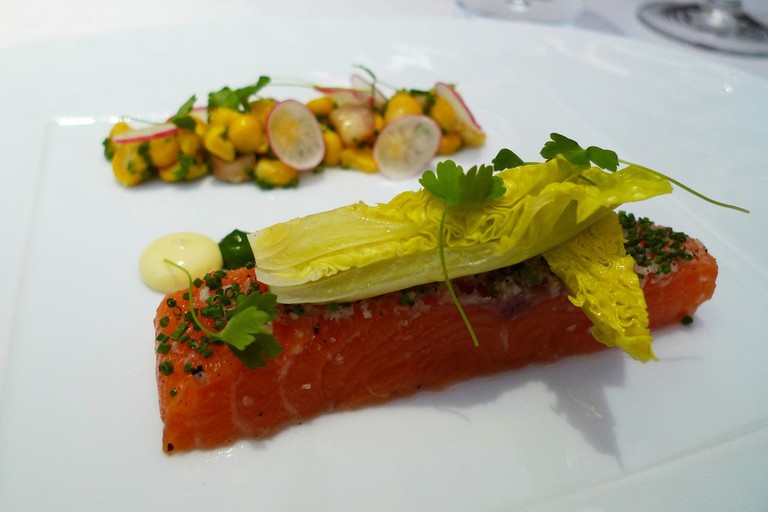 Since 2011, Eaves has been back at Pied à Terre’s, where he leads the kitchen | © Ewan Munro / Flickr
Born in 1981, Marcus Eaves followed his father’s footsteps into a career as a chef. A precocious talent, after attending Stratford-upon-Avon College Eaves worked with chef Andres Antona at Simpsons and David Moore at Pied à Terre. Mentored by then head chef Shane Osborne, Eaves refined his modernist technique and was subsequently invited to co-head sister restaurant L’Autre Pied in 2007, where two years later, at the age of 27, he was awarded a Michelin star. Since 2011, he has been back at Pied à Terre’s, where he now leads the kitchen. Widely praised for their aesthetic finesse, his signature dishes include marinated hand-dived scallops with razor clams, cucumber horseradish and borage.

Restaurant, British
Facebook
Email
Twitter
Pinterest
Copy link
Share
Currently head chef at Adam Byatt’s Trinity, Graham Squire landed at the popular Clapham restaurant after a relatively short but intense career that saw him hailed as Craft Guild of Chefs’ Young Chef of the Year award in 2008. After an apprenticeship with the Academy of Culinary Arts, young Squire spent several years at Claridge’s before moving to Trinity. Fondly passionate of seasonal cuisine, his dishes bring a modern twist to British food and circumvent the exclusively high-end approach to include a wider variety of cuts and game meats. Squire is just about to launch his own restaurant, Lickfold Inn.

Wild, fresh and natural ingredients are at the heart of Paul Foster’s cuisine. Influenced by his experience at The French Laundry in Napa Valley, California, where chefs adopt a naturalistic approach, Foster’s philosophy in the kitchen is to elaborate constantly changing menus that evolve with the fresh seasonal ingredients that he chooses to combine in his dishes. Foster’s appointment as head chef at The Dining Room at Mallory in January 2014 happened after the 31-year-old Coventry chef worked at a range of top-notch restaurants around the world, including WD50 in New York and Sat Bains in Nottingham, which defined his identity as a chef.

A chef, food writer and TV presenter, Stevie Parle has travelled intensively and worked in kitchens around the world, taking off from River Café in London to land in many others corners of the planet. His cooking style reflects the variety of places and cuisines he has experienced and revolves around imbuing local everyday ingredients with flavours from a variety of faraway lands. Running two restaurants in London, Parle offers southern Italian cuisine from locally sourced ingredients at Rotorino in Dalston, while experimenting at the Dock Kitchen in West London, where a single ingredient or place inspire a kaleidoscopic succession of menus.

When, at the age of 25, Robert Thompson got his first Michelin star at Winterhingham Fields in Lincolnshire, he became the youngest British chef ever to gain the achievement. The next stage in his career saw Thompson’s name become entangled with a milestone in the culinary history of the Isle of Wight: four months into his role at The Hambrough in Ventnor, the young chef achieved the island its first Michelin star. His name has since been tied to the island, Thompson recently moved to The George, where he heads Isla’s Conservatory and Isla’s Restaurant, focusing on local produce, especially fish, from the island and Solent. 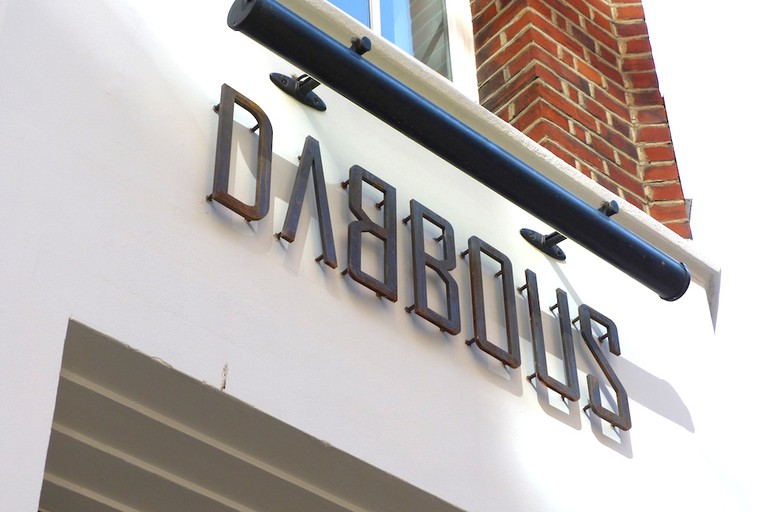 The name chef Tom Sellers chose for his restaurant, Story (opened in 2013), is meant to reflect his idea of cooking as a way to tell a story, so that every dish represents a little piece of a personal history. Within only five months of opening his restaurant, Sellers was awarded a Michelin star at the age of 26. Having worked in some of the most prominent restaurants around the globe, including Noma in Copenhagen, upon his return to London, Sellers launched a pop-up restaurant before opening Story. Firmly rooted in the British tradition, his cuisine’s heart lies in the discovery of the variety of ingredients offered by the local soul. 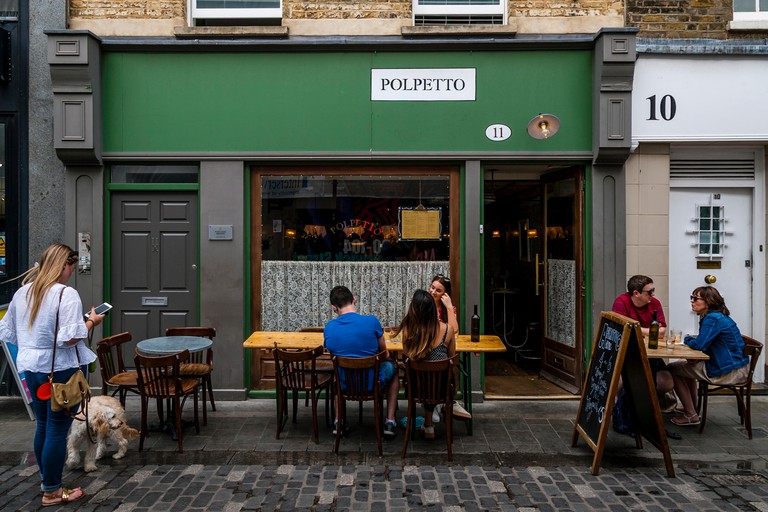 Unlike many of her colleagues, Florence Knight did not know she wanted to be a chef at the age of 10. Instead, she trained at London College of Fashion, but soon decided it was a kitchen she wanted to work in, and so enrolled at Leiths Cookery School and spent endless hours offering to work for free. The turning point came in 2010, when she was appointed to run Polpetto in Soho. At first , the restaurant was meant to be a smaller version of sister restaurant Polpo, but after an intermission between the end of 2012 and the beginning of 2014, the restaurant reopened, inspired by Knight’s ideal to ‘celebrate simplicity, flavour and texture’ with a renewed Venetian-inspired menu.