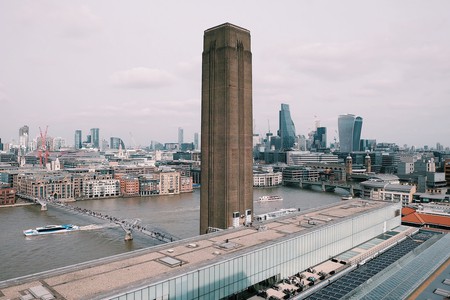 After opening 15 years ago in the Bankside Power Station, Tate Modern in London has rapidly become one of the world’s pre-eminent contemporary art galleries. It regularly hosts record-breaking exhibitions, and its Turbine Hall installations draw thousands to the South Bank. Its ever-changing free display of modern masterpieces remain the main attraction however, and we’ve picked ten that any art lover should not miss. 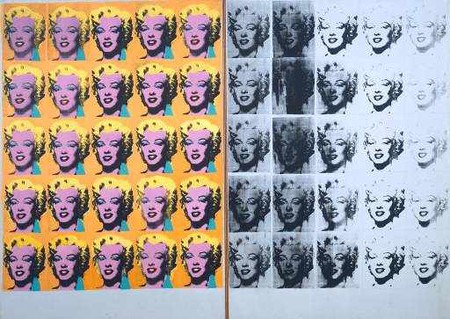 Marilyn Diptych | © The Andy Warhol Foundation for the Visual Arts/Wikicommons

Andy Warhol is a household name in the world of art, and this piece on Marilyn Monroe is eerily more relevant in today’s picture and pop-obsessed culture than ever before. Made in the months following the star’s death, Warhol combines ideas of finitude and the cult of celebrity by repeating the same image of the starlet with a gradual fade out that hints at mortality as it is contrasted with the acid bright images on the left.

One of Picasso’s best-known works, this colourful portrait bursts with unbridled energy and life. It depicts Picasso’s second wife, Jacqueline Roque, and her enigmatic facial expression is full of enough mystery to rival the Mona Lisa – she is at once vulnerable and defiant. The complexity of her portrait and the chaotic figuring of the body as simultaneously landscape and natural energies encapsulate the turbulent nature of their marriage. 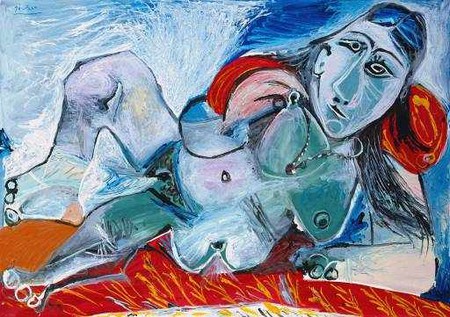 This quiet and unassuming surrealist piece is perhaps one of Dalí’s most nuanced works. The soft greys and browns are used to a highly realistic effect, and the shimmering body of water hovers somewhere between being a lake and being the body of a fish, reflecting the surrealist idea of allowing multiple planes of reality to co-exist in a single image. This duality is redoubled in the public and private themes at work in the image; the natural lake is a meditation on his brother’s death, whilst the disconnected telephone alludes to negotiations between then British Prime Minister Neville Chamberlain and Hitler.

The Uncertainty of the Poet (1913) by Georgio de Chirico

De Chirico uses an intensely realistic style to create a scene that becomes more uncanny the longer you look at it. His paintings are often imbued with an eerie stillness, reflected in the lack of human subjects and the use of bold, block colours. The image combines the antiquity of the twisted statue and arcades with the modern steamboat on the horizon, and the rapidly browning bananas to create a space where multiple temporalities co-exist. Of De Chirico’s haunted, surrealist town squares Paul Eluard wrote: “these squares are outwardly similar to existing squares and yet we have never seen them … We are in an immense, previously inconceivable, world.”

Originally commissioned to create murals for a New York restaurant, Rothko gave up the job as his work took a darker and more contemplative turn. Michelangelo’s Laurentian Library in Florence influenced these meditations on red, grey and brown, as Rothko sought to recreate the library’s claustrophobic atmosphere. Rothko gave the final collection to the Tate, and they are displayed as he originally intended in an enclosed, dimly lit space that allows the viewer to take in their morose and meditative character.

This magnificent installation piece absolutely takes over the room with its imposing size and power. The suspended bronze triangle is the physical embodiment of a strike of lightening, casting its light and energy over the collection of shapes surrounding it. Beuys was a performance artist as well as a sculptor, and this installation piece tingles with the energy of performance. 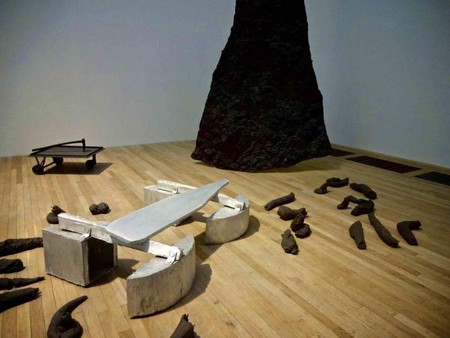 Lightning with Stag in its Glare | © Jennifer Morrow / Flickr

Modern art famously challenges traditional artwork, forcing the viewer to scratch the surface and consider the true nature of artistic representation. Perhaps no work does so more simply and effectively than Spatial Concept ‘Waiting’, which presents the viewer with a boldly slashed canvas and asks them to reflect on the nature of the image and the materiality of the painting.

Coming at the heart of the Found Art Movement, Villeglé’s work displays the debris and traces left behind by the modern city. Villeglé was part of a group of artists known as the ‘affichistes’, and his work looks at the tireless capitalist culture that surrounded Paris in the 1950s and 60s. This piece is composed of fragments ripped from advertisements and billboards across the city capturing, on the one hand, the stream of advertisements bombarded at the city’s inhabitants and on the other the reckless, energetic creation of the modern artist. 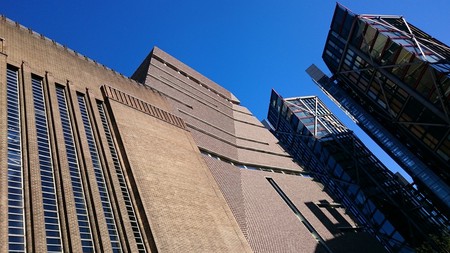 This moving video installation documents scenes from an artist’s workshop, where visually impaired people are asked to paint a portrait, a landscape, and an animal. Zmijewski is known for dealing with difficult subjects, and this is one of his most affective pieces examining the world from the perspective of those living with disabilities. There is a highly personal and tactile element to each painting created, but always lurking in the background is the realisation that we can see each work whilst its creators cannot.

It’s not often that you will become fully immersed in a work in a gallery space on a busy Saturday afternoon, however Tiny Deaths has the power to do just that. Bill Viola has been one of the most important video artists for over 40 years, and with Tiny Deaths he asks the viewer to enter into the darkness, where three video images are just about perceivable. Enveloped in the darkness, senses become heightened and the eerie music and barely-there images build to a crescendo of light and image asking us to reflect on the space between our inner and outer world.