10 Things You May Not Know About Joy Division 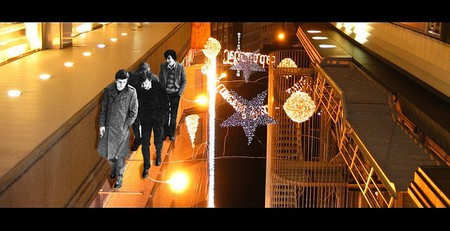 Joy Division, the post-punk musicians from Manchester with late lead singer Ian Curtis, remain to this day one of the UK’s most influential bands on the modern rock scene. Take a look at some of the most important facts you should know about the group while you immerse yourself in their powerful music and intense lyrics.

Initially, the group consisted of Bernard Sumner and Peter Hook who had known each other since school. In the summer of 1976 they decided to form the band, inspired by a Sex Pistols show. Their lead singer Ian Curtis was a later addition, when he responded to the band’s advertisement for a vocalist. They hired him without an audition. Later, Sumner would say that the reason for this was that he ‘knew he was alright to get on with and that’s what we based the whole group on. If we liked someone, they were in.’

In the beginning the band was called Warsaw, a name that was inspired by David Bowie’s song ‘Warszawa’. They later changed their name to Joy Division. The name is a reference to 1955 novel ‘House of Dolls‘ where ‘Joy Divisions’ were groups of Jewish women in the concentration camps who were held prisoner for the pleasure of Nazi soldiers. Who would have thought?

One of the band’s most iconic songs ‘She’s Lost Control’ was written by Ian Curtis for a girl with epilepsy. In fact, when Curtis was working as an administrator in the Job Centre, the girl used to come in to claim her benefits. Her seizures were so often, that she had to wear a helmet. ‘One day she just didn’t come in anymore,’ says Bernard Sumner. ‘[Ian] assumed that she’d found a job, but found out later that she’d had a fit and died.’ 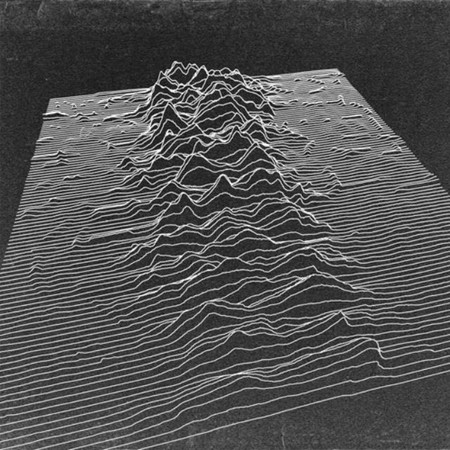 Science Is More Helpful Than You Think

The cover of their album ‘Unknown Pleasures’ was found by one of the band members in the Cambridge Encyclopedia of Science. Allegedly Bernard Sumner (or Stephen Morris) stumbled upon this image, which represents a Fourier analysis of the radio waves emitted by the Pulsar CP 1919. Pulsar is the remnant of a dying sun when it collapses in on itself. The final design of the cover was made by designer Peter Saville.

The Lyrics Are Never Fully Explained

The band are famous for their dark, troubling and sorrowful, yet still poetic, lyrics that Curtis wrote. Unlike other bands, Joy Division never explained what their lyrics meant, nor did they print lyric sheets. Once, to a journalist’s question regarding the message of their songs, Curtis answered: ‘We haven’t got a message really; the lyrics are open to interpretation. They’re multidimensional. You can read into them what you like.’

There is an interesting story on how Ian Curtis pursued their producer, Tony Wilson, to get the band a slot on a TV show to perform live. Allegedly, Curtis wrote a provocative letter to Wilson and when handing it to him, he swore at him and demanded to know why Wilson would not let them play. However, the ploy worked and Wilson gave them the slot to perform ‘Shadowplay’ and later ‘She’s Lost Control’.

The Origin Of The ‘Dead Fly Dance.’

Prior to being diagnosed with epilepsy, Curtis would often sing while performing a dance that became known as the ‘dead fly dance’. The reference is to do with Curtis’ arms, as they would ‘start flying in [a] semicircular, hypnotic curve.’ Later, Curtis experienced epileptic seizures while performing, often leaving him ashamed of himself. However, for a long time fans of the band thought that Curtis’ attitude on the stage was part of his performance. 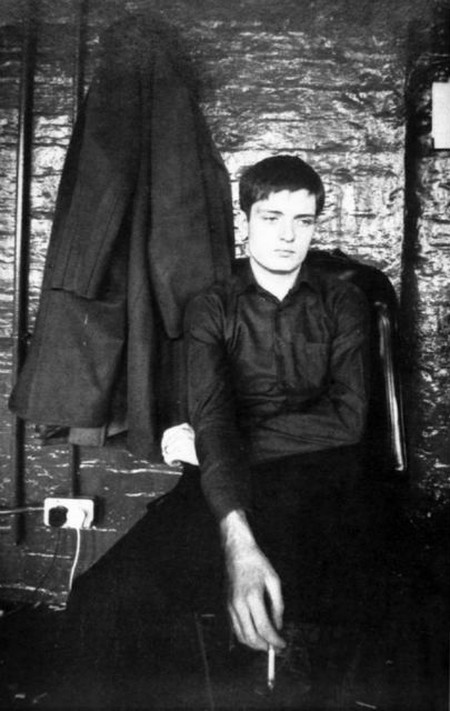 Right before Joy Division’s US tour, Curtis hanged himself. He was found by his wife Deborah in their kitchen. Deborah reported that the previous night they had argued and she left. Later Curtis got drunk and committed suicide. When Deborah found his body, ‘Stroszek’ by Werner Herzog was playing on the TV and ‘The Idiot’ by Iggy Pop on the radio. Although his band mates saw his suicide as an impulsive act, his wife later admitted that Curtis had confessed to her that he had no desire to pass his twenties. Ian Curtis died on 18th May 1980 at the age of 23.

This band became an influence for a number of bands such as The Cure, Radiohead and Editors. Specifically, the album ‘Unknown Pleasures’ inspired the (back then) newly-formed band U2 and their lead singer Bono. In fact, after the death of Ian Curtis, Bono allegedly told Tony Wilson: ‘not to worry because he would take over from where Ian left off.’

Although Joy Division only managed to record two albums before Curtis committed suicide (‘Unknown Pleasures’ and ‘Closer’), they are considered to be one of the most influential post-punk groups. The band’s distinct sound along with Curtis’ sorrowful lyrics opened the way for the alternative scene both in Manchester, where the group came from, but also globally. After Curtis’ death, the remaining members formed New Order, a band with a different sound but equally successful.