Long-term trends in fashion are often driven by advancements in technology, and so researchers and fashion designers today are working on ways to integrate technology into the clothes that we wear. Many fashion designers are combining their fashion creations with hi-tech processes to create original, futuristic designs. Here are ten tech-savvy designers that will have you mesmerized by their ability to adapt their designs to the latest technological trends. 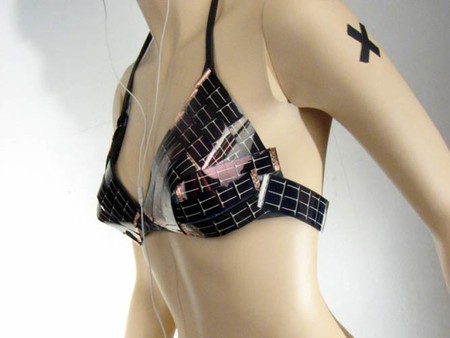 Iris van Herpen’s latest spring 2015 collection, Magnetic Motion, is innovative and eccentric and is inspired by CERN, the world’s largest particle accelerator in Switzerland. Herpen is renowned for her ability to create wearable pieces of art, and Magnetic Motion is no exception, with the designer using 3D printing and magnets to create her futuristic collection. Magnetic Motion isn’t the first of Herpen’s collections to use innovative techniques. Her past collections have also revolved around the use of modern technology. In 2013, Herpen’s 3D printing collaborations stormed the catwalks of Paris Fashion Week during her haute couture show, Voltage, which explores the ‘electricity of the body’ and saw her win the 2013 Golden Eye Award at the Dutch Design Awards. 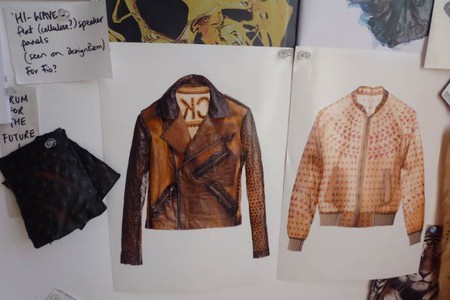 Suzanne Lee is a London-based fashion designer and TED Senior Fellow. She has been working on combining fashion with future technologies and has succeeded in making vegetable leather out of the fermented tea, kombucha. She is a Senior Research Fellow at Central Saint Martins College of Art and Design and the Director of The Biocouture Research Project. Biocouture is the world’s first biocreative design consultancy, and Lee works with scientists to engineer organisms for growing consumer products. In 2007, she published Fashioning the Future: Tomorrow’s Wardrobe, a book which examines the work of scientific researchers and fashion designers, like Issey Miyake, who are transforming today’s science fiction into tomorrow’s reality.

Direct Panel on Loom (DPOL) technology, also called Smart Tailoring was created by Indian designer Siddhartha Upadhyaya as a way to increase fabric efficiency whilst manufacturing high end garments. Upadhyaya uses a computer attached to a loom to increase fabric efficiency by 15 percent and reduce lead-time by 50 percent. Data describing the desired garment, such as color, pattern, and size is entered into the computer, and the loom produces the exact pieces to be constructed. DPOL saves energy and water and reduces the fabric wasted.

Burberry is one luxury brand that has fully embraced fashion technology. Carole Fairweather, Burberry’s finance director, has said, ‘digital is part of the language every day now, the way we think, and the way we connect with customers.’ The British fashion house has long been a pioneer of fashion’s adoption of new technology and has put on live-streaming shows, allowing customers to buy straight off the catwalk. It also has its own social media site, Art of the Trench. Burberry shops are also changing the tech-savvy stakes. They have no cash tills so you have to pay with a mobile device. 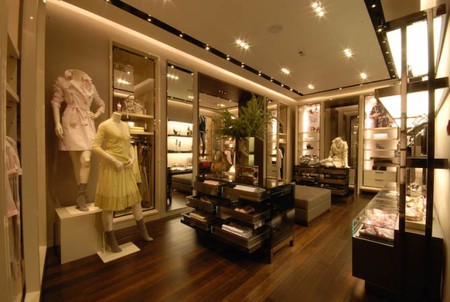 Rafael Rozenkranz is an industrial designer from Israel. He believes that every design is interactive, whether it be 2D or 3D. Rozenkranz recently built a jogging suit with an embedded MP3 player that runs solely off the kinetic energy produced during a jog. The technology isn’t necessarily new; kinetic watches that run off the movement of the human body have been around since the 1980s. However, Rozenkranz’s jogging suit is a fresh and innovative combination of fashion and technology.

Designers Nien Lam and Sue Ngo have collaborated to produce clothing that warns us of the risks of our pollution-heavy urban lifestyles. Sue Ngo is a Brooklyn-based interaction designer and Nien Lam is a programmer and designer based in New York. Together, the pair came up with the concept of Warning Signs, a visualization of the pollution that exists invisibly all around us. In the presence of carbon monoxide, the Warning Signs subtly change color from a healthy pink to an ominous grey. 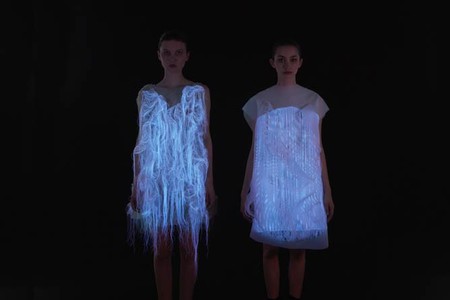 Ying Gao’s Dresses that Know When They’re Being Watched

Ying Gao is a Montreal-based designer who has created two hi-tech, glow-in-the-dark dresses that respond to people looking at them. Gao has used complex sensory technology to create these garments that light up, move, and even change shape when they are looked at. The tech-savvy designer has installed her high-fashion creations with eye-tracking technology, so that they activate when they sense someone’s gaze. It is normally the wearer who notices your gaze, not the clothes themselves, but this innovative creation has everyone’s head turning.

Brooklyn-based designer Andrew Schneider is now taking orders for his solar powered bikini. The hi-tech bikini is capable of charging your mobile phone or MP3 player and is made up of thin, flexible photovoltaic film strips and USB connectors, woven together with conductive thread. Each bikini takes on average 80 hours to make and will set you back just under $200. The bikini doesn’t hinder your ability to go swimming; just remember to unplug your devices before diving in the pool.

CuteCircuit is a fashion company based in Shoreditch, London, founded in 2004 by Creative Director Francesca Rosella and CEO Ryan Genz. Rosella and Genz are the design duo behind all of CuteCircuit’s amazing creations. CuteCircuit aims to create innovative and interactive fashion that combines everyday outfits with wearable technology. One of their tech-savvy designs is the K-Dress, which was unveiled in Paris in 2010. The K-Dress is made entirely of silk, and it features hundreds of lights embedded in the fabric that glow and sparkle in many colors and patterns. Another of CuteCircuit’s designs, the Galaxy Dress, is ladened with 24,000 LED lights and is on display at a museum in Chicago. 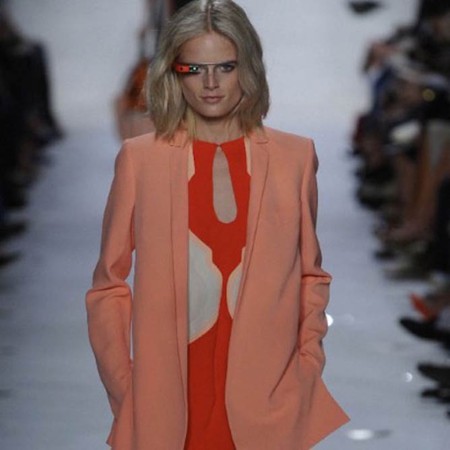 A model in the Diane Von Furstenberg show | © Vladimir Potop/WikiCommons

Diane von Furstenberg’s Made for Glass is another high-profile example of a fresh, exciting approach to wearable tech. DVF and Google joined forces on an eyewear collection that holds both the creativity of Glass Explorers and the independence of the DVF woman. DVF took the original Google Glass and refashioned it in classic shapes that can make anyone feel glamorous. Net-s-Porter’s head of mobile, Sarah Watson, has been quoted as saying, “DVF Made for Glass brought beautiful form to Google Glass’s function, making them desirable from both a fashion and technology standpoint.”