10 Films to Watch Before Visiting London 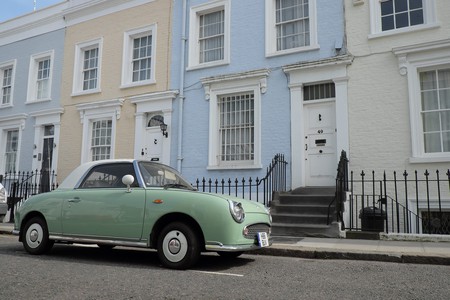 London’s never been shy about appearing in the movies. From the Houses of Parliament to Notting Hill, London’s made for cinema, whether you’re after a gritty drama or a high octane car chases. And there are certainly no shortages of movies to introduce to realistic or romantic side of the UK’s capital. We round up our favourite films that capture the soul of London.

The Christmas movie that keeps on giving, Love Actually could really only ever be based in London. There’s the Prime Minister dancing in Downing Street, Rowan Atkinson (Mr Bean) being obnoxious in a busy London department store, even London’s airports get a look in. The cast recently shot a small follow up for UK charity event Children in Need.

This independent film was critically acclaimed in 2002, featuring Audrey Tautou of Amélie fame. It follows Okwe, an illegal immigrant in London, who is destined to only work rubbish night shifts in London hotels. But a chance meeting reveals an even seedier layer to London. Like most capital cities London has its charms and its curses, and Dirty Pretty Things doesn’t shy away from the latter.

The film that put London filmmaker Guy Ritchie on the map, ‘Lock Stock’ was the film of the 90s. It reveals the grittier side of London; the industrial lock ups, canals and dodgy corner pubs hiding the dealers, gangsters, smugglers and hit men of the capital’s underworld.

An American Werewolf in London

The 80s were obsessed with werewolves and this film captures London from a tourist’s point of view. Two tourists go walking through London when they’re set upon by a werewolf that isn’t supposed to exist. It fast became a cult classic and a lesson in making great horror movies.

Who can forget the chilling scenes of an empty London, devoid of people and traffic, in Danny Boyle’s 28 Days Later? If you ever wondered what London would be like without its almost 10 million inhabitants give this chilly horror a watch. The famous scene of Jim crossing a deserted Westminster Bridge was shot at 5am, the only time the producers had a chance to create an empty London.

Another one from Guy Ritchie, this time the director takes on the city’s most famous detective, Sherlock Holmes. Robert Downey Jr is the lead and takes the character for a whirlwind race around London. Victorian London features heavily, and locations included Brompton Cemetery, St Paul’s Cathedral and the Reform Club.

Shaun of the Dead

Suburban London gets an outing in the movie that catapulted Simon Pegg from a TV actor to film star. London gets taken over by zombies and a hapless group of friends decide to gather themselves together in the local pub until it all blows over. It’s a timeless classic that shows off dry British humour at its best.

The famous annual lawn tennis competition Wimbledon has a starring role in this quirky rom-com with Kirsten Dunst and Paul Bettany. The film encapsulates London at peak tennis madness – every summer for around three weeks, thousands pour through Wimbledon each day.

For a sensual look at the Swinging Sixties when London was the coolest place on Earth, home to the Beatles and David Bowie, give Blow Up a whirl. Carnaby Street is the centre of cool as British actress Vanessa Redgrave plays a model who gets caught up in a grizzly murder. Essential viewing for you mods.

You can’t have a movie list about London without romantic comedy Notting Hill. Starring the quintessentially British Hugh Grant and American Julia Roberts, the film was a blockbuster in 1999 and has probably done more for West London and Notting Hill‘s tourism than anything else. The house with the blue door might have disappeared (it’s no longer blue) but you can still wander the same streets you see in the movie.