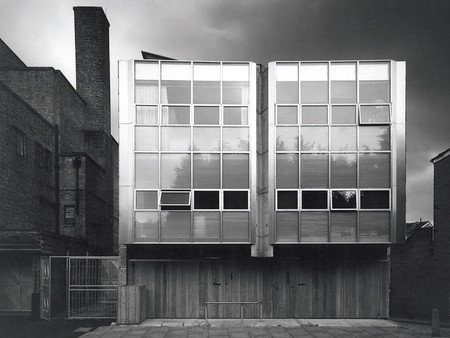 From pioneering self-build eco homes to radical designs that shook up the suburbs, London was an exciting place for architects during the 20th century. Here are 10 pioneering projects by some of the biggest names in 20th-century architecture that have shaped the way we live in the city today.

A new book from Twentieth Century Society, 100 Houses 100 Years, explores the ever-changing dynamic of the British home by showcasing 100 buildings that have a unique and fascinating history. Many of these 100 were built by architects that looked to push the boundaries of design and redefine conventional styles. Focusing on London’s residential buildings, here are 10 key projects that have questioned tradition, overcome challenges and offered a lasting legacy in London’s complex and shape-shifting architectural landscape. 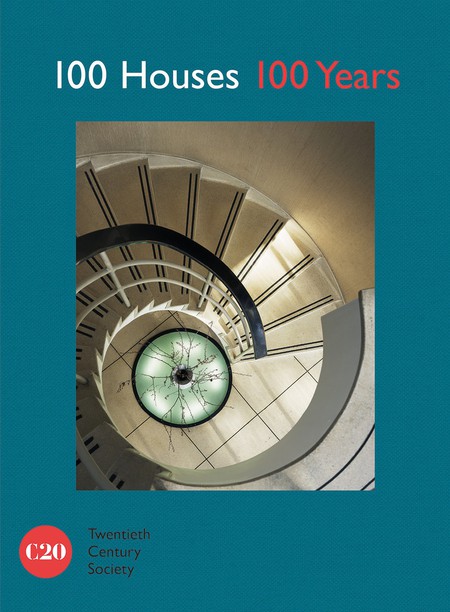 Built by the famous Gothic church architect Sir Giles Gilbert Scott, who won the competition for Liverpool Anglican Church at just 22 years old, this trendy ‘Neo-Grec’ riverside house in Pimlico was well ahead of its time. Created for the Hon. Sir Arthur Stanley – who was disabled – the house was arranged on a single floor around a Greco-Roman-style atrium that overlooked the River Thames. Sadly, it wasn’t to last: Thames barge workers reportedly stole from the property, the atrium was soon roofed over and the rest of the house became much altered. The house was eventually demolished towards the end of the century. 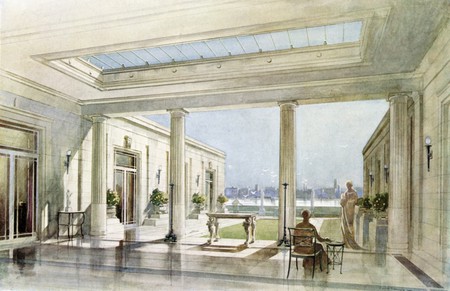 One of the leading British architects of the 1960s, Leonard Manasseh rose to fame due to his work for the Festival of Britain and is best-known for the National Motor Musuem, Beaulieu. He built this Bacon’s Lane house for himself and his family just as his career was taking off and he lived and worked there up until to almost his 100th birthday in 2016. It’s a great example of a preserved 20th-century interior, jam-packed full of paintings and pieces of furniture that were accumulated over the years. Due to being built so close to Highgate Cemetery, the height of the Grade-II listed property was restricted to two storeys, but Manasseh cleverly planned a multi-level house that spread out in all directions to maximise the space, with his studio situated in the roof and featuring a great dormer window, which flooded the room with natural light. 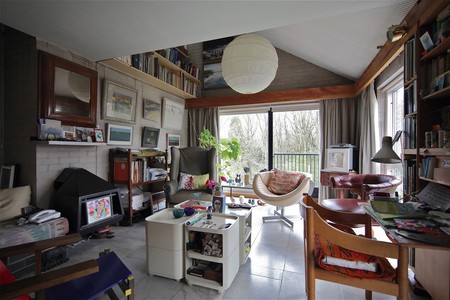 This ultra-challenging plot was conquered by architect Jeremy Lever who received a RIBA award for the ‘courage, invention and skill’ he demonstrated here. It was no easy feat transforming this wedge-shaped gap between two existing houses into a feasible living space, but Lever managed to transform it into a seven-storey building. The architect was given planning permission on the proviso that there was a garage for two cars, plus he had the challenge of splitting the building into two halves: a self-contained basement apartment that could be rented out and, above, a spacious family home. 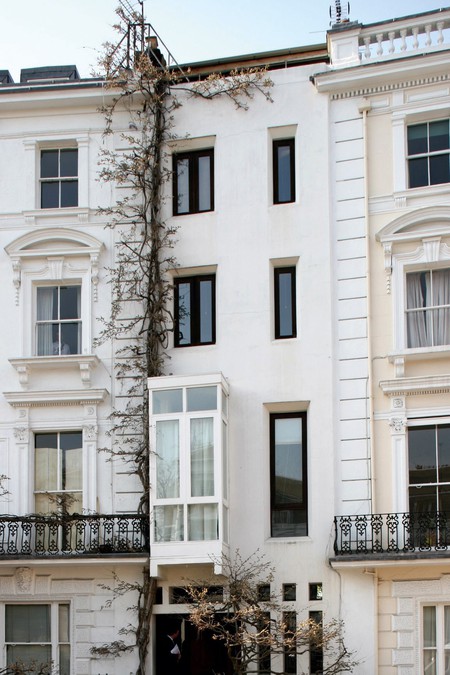 Architect duo Michael and Patty Hopkins designed their very own dream house, which was far from conventional. The property’s deisgn was pretty shocking for the time, especially in the rather conservative neighbourhood of Hampstead – an area dominated by Georgian and Regency architecture. Using industrial architecture methods, the ‘rational and economical steel and glass construction’ was constructed on top of steel columns to give it the impression of floating above ground. Fiona McCarthy, contributor to 100 Houses: 100 Years writes of the property: ‘Viewed across the street at night the Hopkins House still catches the attention as a shimmering symbol of 20th-century modernity.’ 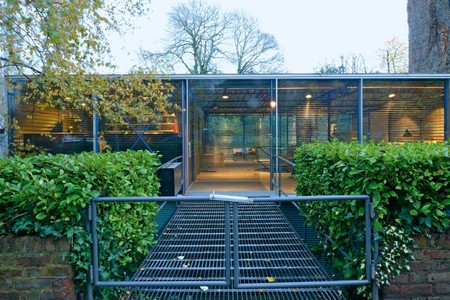 Branch Hill was the pinnacle of council housing and was considered by Architect’s Journal as ‘some of the highest quality council accommodation in the country’, despite the fact that Conservative councillors tried to stop the build due to costs. The site, which is situated in a leafy, middle-class area of north London, was a challenge for architects Gordon Benson and Alan Forsyth – but the imposed planning restrictions led to a cleverly constructed, low-rise development that was designed to step down the hillside, with each flat roof making up the terrace of the next one, all of which could be reached by external walkways. 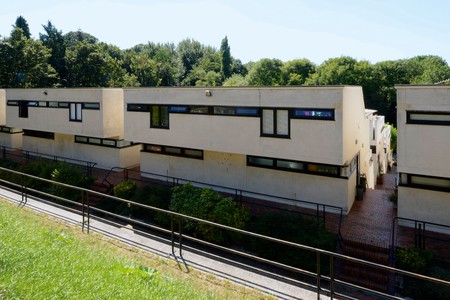 Redefining the look of the archetypal London terrace, pioneering architect Jeremy Dixon used a myriad of motifs to create a new and exciting vernacular for the traditional townhouse. This line of properties in North Kensington is actually made up of pairs of narrow-fronted homes that sit above a number of individual flats, adorned with arched windows, crow-stepped gables, pyramid-shaped gateposts and a Mondrian-inspired gridded entrance. 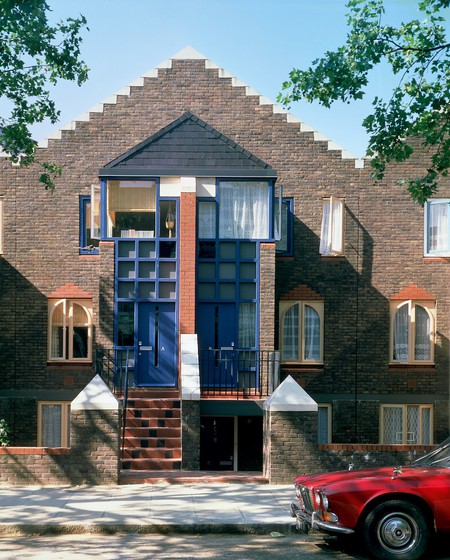 Modernist Swiss architect Walter Segal was a true visionary and the king of self-building – it was his concept of simple, affordable and eco-friendly timber-framed homes that revolutionised low-cost housing in the 1980s. This cul-de-sac in Lewisham was the first phase in a pioneering self-build project by Segal, who saw the potential in an awkward council-owned hillside site. Segal encouraged people to construct their own homes applying his ‘Segal self-build method’, which required very little skill or expertise to put the structural elements together, making it truly accessible for everyone. This cooperative effort gave homeowners on the site a sense of real community and achievement, having worked towards a common goal. Segal also worked on a second phase of the project, Walter’s Way, which was even more ambitious, but he died before it was completed. The street was named in his honour – he’s the only architect to have two streets named after him in London. 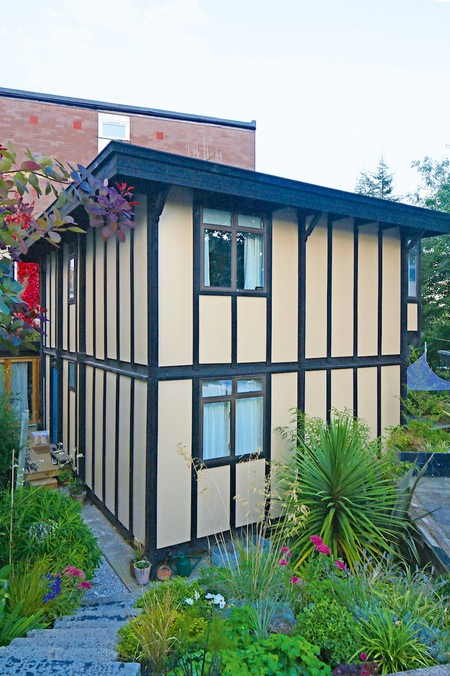 While Janet Street-Porter is mainly known for her TV appearances, prior to that she studied at the Architectural Association school at the same time as Piers Gough – the architect who designed this eccentric house in Clerkenwell for her. Architect’s Journal said of the project: ‘CZWG are keeping alive a noble tradition of English romantic eclecticism. Janet Street-Porter’s house turns out to be a box of delights. Behind that ostensibly orderly façade is a home whose planning, spatial and tectonic games would astonish even their illustrious forebears. From the moment Clerkenwell is left outside the heavy metal side-door, it is never certain whether one is in a town house, country house, castle or gigantic piece of live-in sculpture.’ Despite its rugged and spiky appearance, it’s almost like an intriguing museum of treasured objects and paraphernalia, with each room offering an exciting and unique decorative theme. 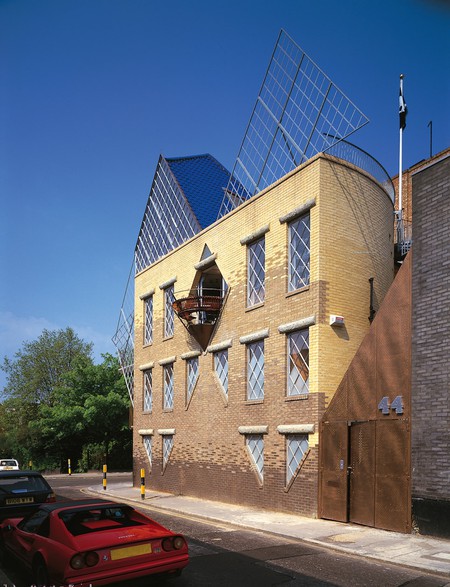 This is another house designed for with a celebrity in mind – this time, famous fashion photographer Nick Knight – and was later redeveloped by ‘starchitect’ Sir David Chipperfield. This project marks Chipperfield’s ascendancy and is an important turning point for British architecture, with the industry beginning to favour bold, minimalist abstraction once more. Chipperfield completely stripped back the original Festival of Britain-era house to produce a pristine white-rendered box of perfectly framed views and spacious layout. The translucent link was added later in 1998 to accommodate Knight’s growing family. 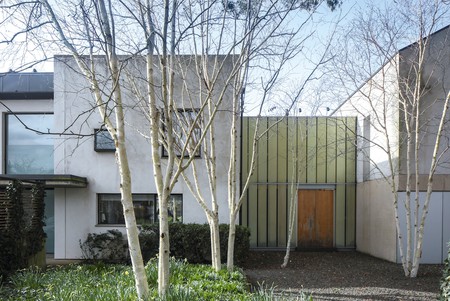 While Dalston is now known to be a trendy part of London, it was also a pretty radical place full of creatives back in the 1990s too, and goes hand-in-hand with inventive one-off houses that pushed the boundaries of design. One such property is the Cullinan-Harbour House, which was built on a car lot and is actually home to two sets of couples: the architects and the clients. They built for themselves a single, semi-attached house with an interlocking double helix staircase, which rises through the heart of the three-storey building. They also physically constructed most of the property too, with the help of friends and family. It is now locally listed.