10 Books to Read Before Visiting London 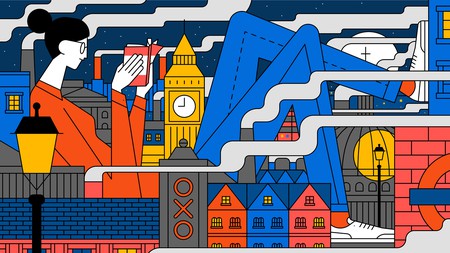 Sprawling, smoky and surreal, London has forever seized the imagination of its authors. Replete with elegant upmarket townhouses, concrete suburban estates and lush, expansive parks, London’s diverse landscape has generated equally diverse literature. These 10 stories – spanning a range of centuries, genres and boroughs – provide a panoramic picture of how life is truly lived in England’s capital.

London is fertile land for storytelling. Its unique blend of bucolic luxury and urban roughness has inspired writers for centuries, from household names such as Virginia Woolf, Charles Dickens and Henry James to modern greats such as Muriel Spark, Martin Amis and Zadie Smith. It’s a cultural melting pot, and London’s diverse communities are reflected in its range of literary formats, subjects and voices. It is these stories, that are rooted in the city’s particular subcultures but communicate universal human truths, that form the basis of London’s most enduring literature.

Virginia Woolf’s Mrs Dalloway broke with traditional modes of storytelling at the time of its publication in 1925. As we follow a day in the life of Clarissa Dalloway, a busy member of London’s high society, Woolf’s prose is primarily concerned with the subjectivity of existence, evoked through her character’s fragmented inner monologues and reflections. Set in Westminster’s upmarket streets, Mrs Dalloway is one of London’s most important Modernist texts. 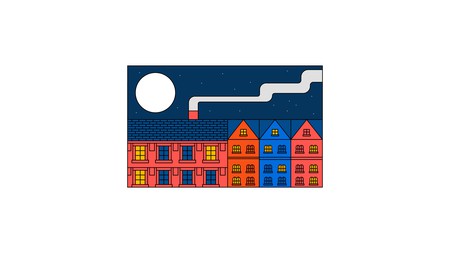 ‘The Ballad of Peckham Rye’ by Muriel Spark

‘The Lonely Londoners’ by Sam Selvon

One of the defining texts of the Windrush generation, Sam Selvon’s The Lonely Londoners examines the plight of London’s Caribbean community living in west London in the 1950s. Selvon, who left Trinidad for Britain in 1950, rewrites London from a black perspective, bringing the streets of Notting Hill and Westbourne Park to life with his evocative prose. While racism and prejudice underpin the experience of Selvon’s characters, the book is ultimately a story of common humanity.

‘The Buddha of Suburbia’ by Hanif Kureishi

Though published in 1990, Hanif Kureishi’s prize-winning novel The Buddha of Suburbia remains eerily relevant today. Growing up in South London’s cosmopolitan communities, the book’s protagonist Karim describes himself as “Englishman born and bred, almost”, capturing the sense of displacement he feels due to his foreign ancestry. Candid, surprising and darkly funny, The Buddha of Suburbia is a riveting journey into the complexities of British identity. 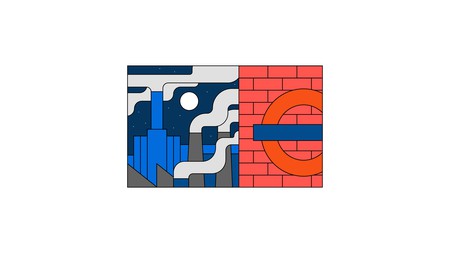 Taking place in the gin palaces and pubs of Bermondsey, Blackheath and Dartford, Graham Swift’s 1996 Booker Prize-winning novel Last Orders is a quintessentially London story. Told predominantly in colloquial slang, the novel follows a group of war veterans who journey to Margate to scatter the ashes of their friend Jack Dodds. Heavily influenced by William Faulkner’s As I Lay Dying, Swift infuses this prosaic story with charming particularity.

Adjacent housing estates in Northwest London provide the suburban setting for Zadie Smith’s fifth novel, Swing Time. It’s a story of two young friends – the narrator, intelligent and lacking in self-esteem, and Tracey, confident and charismatic – who both have ambitions of making it. As their two lives diverge – the plot jumping from the West End to Gambia, by way of Hampstead Heath – Smith makes a deeper comment on the fluid concept of home.

‘The Line of Beauty’ by Alan Hollinghurst

Venture back to London in the 1980s in Alan Hollinghurst’s Booker Prize-winning novel The Line of Beauty. Spanning the circles of Thatcherite politics and London’s gay culture, the novel follows Nick Guest, a naive 20-year-old caught in two worlds. Told in Hollinghurst’s characteristically precise prose, The Line of Beauty has rightly been described as an era-defining novel. 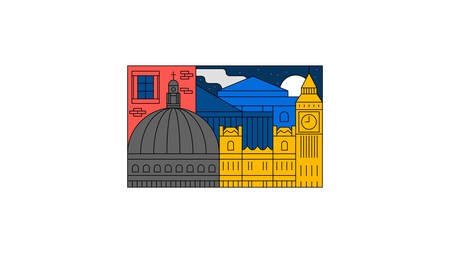 The story of Oliver Twist now enjoys near-legendary status. Though Dickens set many of his novels in London – including A Christmas Carol, David Copperfield and Bleak House – none depicted London’s unromantic 18th-century reality so viscerally. Peopled by the unforgettable characters of Twist, the Artful Dodger, Fagin, Nancy and Bill Sykes, Oliver Twist is a mesmerising journey into Victorian London’s crime-ridden underworld, from the perspective of an orphan.

Set in 1999, Martin Amis’s London Fields was a futuristic novel when it was published in 1989. While the plot ostensibly takes the form of a murder mystery, Amis infuses his work with a dystopian darkness, depicting London on the brink of social and environmental collapse. Taking place in the dingy haunts of the bohemian Portobello Road, London Fields depicts a surreal, sometimes horrifying but fascinating London.

Monica Ali’s Brick Lane is both a domestic and a political novel. Having been plucked from her home in Bangladesh and married off to the unpleasant Chanu, Nazneen finds herself unhappy and unfulfilled in London’s East End. She soon becomes involved in a love affair with the politically engaged Karim, transforming Ali’s novel into a complex exploration of morality and of Brick Lane itself, reaching beyond its world-famous curry houses.