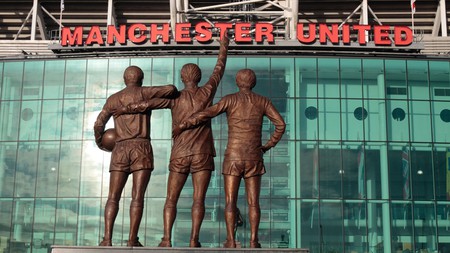 Manchester is full of things to see and do, but it’s also the birthplace of some world-changing technological advances and the home of many historic firsts. Here’s a whistle-stop tour of the city that demonstrates why Manchester is one of the most impressive – and important – cities in the world.

The very thing you’re reading this article on? Its origins lead straight back to Manchester. In 1948, developers Fred Williams, Tom Kilburn and Geoff Tootill created Baby, a machine made from surplus war parts that ran the world’s first stored programme. The file was created by Kilburn (the only one he ever wrote) and ran for the first time on 21 June 1948. While today’s computers are sleek, light and stylish, Williams and Kilburn’s creation weighed over a tonne and had less computing power than a calculator, with tasks taking around 52 minutes to complete. 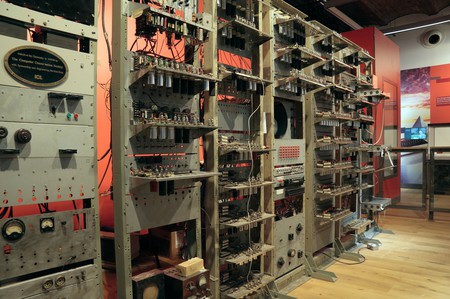 For the past 60 years, northern life has been depicted on the small screen in Coronation Street, the longest-running soap opera in the world. Filmed in Manchester at Granada Studios, the show follows the ups and downs of daily life on the cobbles in Weatherfield, a fictional town based on inner-city Salford. A daily fixture in the TV schedules of millions across the UK, Corrie – as it’s colloquially known to fans – made it into the Guinness Book of World Records in 2010 due to its longevity on the ITV channel. Known for its gritty and realistic depiction of northern working-class folk through six decades and more than 10,000 episodes, the series shows no signs of slowing.

It is the birthplace of the Industrial Revolution

The late 18th century was a time of mammoth expansion for the then-unknown city of Manchester. Between 1760 and 1840, the area was home to a creative boom that manifested itself in new manufacturing processes and cultural developments. Ultimately becoming the first industrialised city in the world, Manchester was responsible for the first ever inner-city railway, the country’s first working canal, the world’s first steam-driven mill and became the largest primary producer of cotton. Today, you’ll see this incredible work ethic echoed in the city’s symbol: the yellow and black worker bee, which is frequently depicted across the city. 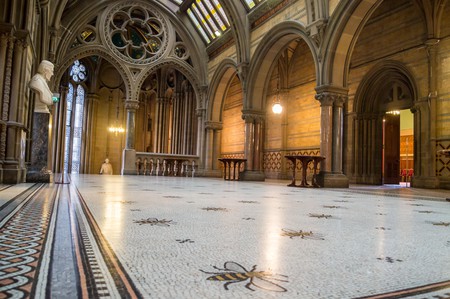 Rolls-Royce made its partnership official here

Many famous musical partnerships have been forged in Manchester but the city’s melting pot of creativity isn’t limited to bands. It was at the Midland Hotel near Oxford Road where, in 1904, wealthy local playboy Charles Stewart Rolls first met local engineer Frederick Henry Royce. After striking up a fast friendship, the pair went on to form a business partnership that would give rise to the Rolls-Royce automobile company. The duo created the high-end marque in the nearby suburb of Hulme that would become a byword for quality and luxury car manufacturing.

The city has spawned a staggering 25 Nobel Prize winners

A winding canal, Castlefield Locks, and flower-garnished bars provide Manchester with a heady dose of beauty – but this is also a city with brains. Did you know the University of Manchester is home to no fewer than 25 Nobel Prize laureates? This incredible feat sets the city apart when it comes to world-leading innovation and excellence in research. Of the those 25, 11 were for breakthroughs in physics and nine in chemistry; the most recent award, presented in 2010 to Andre Geim and Konstantin Novoselov was for their advancements in the study of nanomaterial graphene and its exceptional properties.

Sat on a bench in Sackville Gardens is where you’ll find a statue of celebrated codebreaker Alan Turing. This mathematician and Manchester native etched his name into history when he helped crack Nazi codes during World War II – a task believed to have shortened the war by two years and save up to 14m lives. Unable to openly express his gay lifestyle due to the restrictive nature of 1950s Britain, Turing is widely regarded as an important figure in Manchester’s LGBTQ+ community, with his memorial sitting in close proximity to the city’s beloved Gay Village. 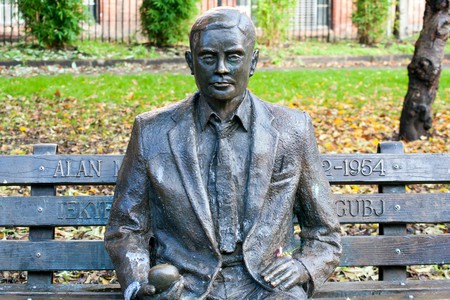 You can enjoy a drink in an authentic Victorian loo

Most cities have their fair share of dive bars – but Manchester is one of the only cities were you can get trolleyed in a toilet. Temple Bar, on Great Bridgewater Street, in the centre of town, is one of the city’s most infamous drinking holes. In a former life it was a subterranean Victorian lavatory, leading folk down below street level into a space that’s just a few feet across and covered in green and black tiles. Today, it’s one of Manchester’s most beloved – and cosy – bars, known for its intimate layout, vast array of foreign beers and eclectic jukebox. Of course, it still has a toilet; however, these days it’s covered in graffiti and street art, making it a nice place to browse doodles while you do your business.

You can’t talk about Manchester and not mention football. The world’s most popular sport is deeply ingrained in the city. All you need to do is look back at Manchester’s relationship with the beautiful game to see why it’s held in such high regard. It was here where the world’s first professional football league was officially formed and named during a meeting at the (now closed) Royal Hotel in April 1888. Cut to today, and the city is home to two of the biggest professional football teams in the world: Manchester United and their rivals, Manchester City.

Known worldwide for its annual Pride celebrations each August bank holiday weekend, Manchester has a long-standing reputation as a proud proponent of LGBTQ+ communities. The city is even home to one of the UK’s oldest gay and lesbian bars, the New Union on Canal Street. The starting point for the city’s LGBTQ+ Heritage Trail, the venue dates back to 1865, and in the 1950s its owner actually went to prison for operating a bar “of ill repute”. Today, you’ll often find a range of customers in this popular pub, either grabbing a drink at the bar, enjoying one of its many drag acts or dancing on the packed dancefloor. 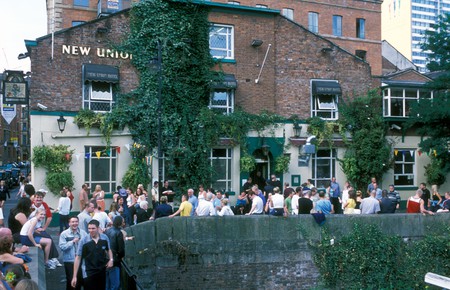 The atom was split for the first time at Manchester University

As if having more than two dozen Nobel prizes under its belt wasn’t enough, the University of Manchester can also lay claim to being the place where the atom was split for the first time. This history-altering event took place back in 1917 when New Zealand-born British physicist Ernest Rutherford was working at his laboratory just off Oxford Road. It was a groundbreaking discovery that would lead to developments in both nuclear power and the world of health, creating the radiotherapy techniques used to treat cancer patients.

Manchester has birthed countless bands and musicians known the world over

Joy Division, the Smiths, Oasis, the Happy Mondays – Manchester has long been a city that has helped define and shape British music. With its industrial past and working-class woes influencing 1980s durges, and the shaggy haired, beer-swigging Brit-pop scene of the early 90s, “Madchester” is responsible for a number of musical genres and phases that have gone on to be recognised worldwide. Famous Manc musicians include Noel and Liam Gallagher, Johnny Marr, Ian Brown and Heather Small, who all call Manchester home. And with new bands emerging daily, odds are you’re likely to find the next big thing in one of its many pubs or music halls.