What It’s Like to Travel Internationally from England During Coronavirus 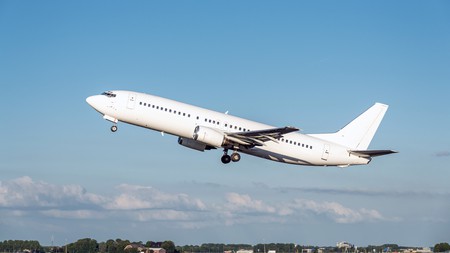 There are commercial flights from the UK, but social distancing is not straightforward when you're in the cabin | © George Pachantouris / Getty Images

Following the easing of travel restrictions to and from England, Culture Trip’s Josephine Platt took the first opportunity to travel internationally, while adhering to government guidance. This is her experience, with all-important travel questions answered.

In January Culture Trip published its travel forecast for 2020: city-hopping around a country was anticipated to be this year’s primary trend. But Covid-19 shook plans up, halting global travel and rendering the majority of us housebound.

At the peak of the pandemic in England, we wondered what future travel might look like, as we plotted where we might travel first. Lesser-known destinations such as Tirana, in Albania, and Tbilisi, in Georgia, topped our list, along with underrated landscapes in the USA, such as the Blue Ridge Mountains and the Florida Keys.

However, the first reality of travel for Brits was dictated by the Foreign & Commonwealth Office. At the beginning of July it announced 50 countries and territories with dwindling cases that were exempt from the “essential travel only” advice. This meant the need to self-isolate on return from these destinations was scrapped. On that list was France, and I was made up. 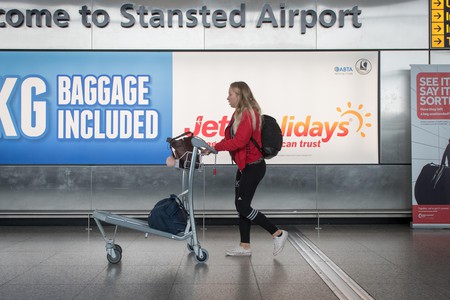 First came a wave of excitement for a change of scenery, then a pang of anxiety around travel insurance, the logistics of social distancing on a plane, the prospect of wearing a mask for hours on end and what additional forms needed filling in. There was also the fear that self-quarantine measures in England might change in the time I was away, as we’ve seen happen recently in Spain.

I started by covering my back. Trailfinders, which has an extensive Covid-19 cover package of up to £10m in medical expenses, put my mind at ease on the insurance front.

My flight to Bergerac, in southwest France, was departing from London Stansted, and as I headed there by train on the Stansted Express, the reality and logistics of mask-wearing for the bulk of the day dawned on me. Would we have to take them off at passport control? Surely yes, but that’s counterintuitive. Could we take them off to eat a snack at the airport? Wait, is there somewhere to have a snack at the airport? What about on the plane? 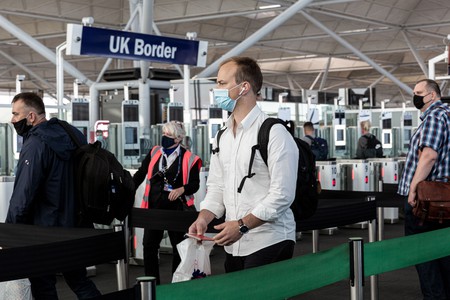 The answer was yes and no at passport control. Officers on departures were happy just making eye contact, but Stansted’s ePassport Gates at arrivals, which struggle to recognise your face at the best of times, needed the whole picture. It actually took me undoing my hair and trying a good five times to get anywhere, but that’s another story.

As for munching away at the airport and on the plane, it depends on what’s open and what the airline’s policy is. Though it felt dystopian, with very few shops operating, Stansted itself did have a couple of café chains open for business – and there wasn’t anyone policing mask-wearing. There were no regulations about bringing food on board the Ryanair flight, and aside from hot drinks, the trolleys were pushed up and down the aisles as normal, with passengers happy to punch in their Pins. 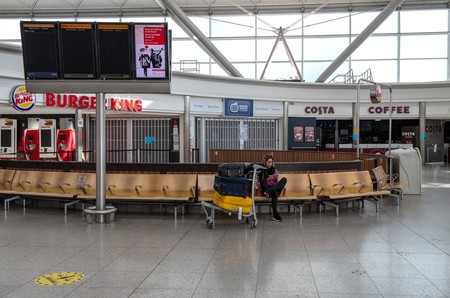 A general lack of hand sanitiser did make me a little uneasy – I expected compulsory sanitising getting on and off the plane, but the standard “Hi” and “Goodbye” at the door was all we got. On the way out, when the plane was quite empty, a cabin steward encouraged me to sit on a vacant row. But it seemed like social distancing had gone out the window on the way home, with passengers clambering over one another to get to their seats – albeit allocated ones – on an almost-full plane.

The experience was nowhere near as militant as I’d expected, or hoped, especially having seen pictures of temperature checkers at other airports. Really, apart from the mask-wearing and the need to fill out my journey and contact details when returning to the UK, it was much like any normal flight. I’m not convinced that’s a good thing – but I’m not going to dispute it. After all, it allowed me to spend two weeks in Bergerac, drinking local wine and enjoying the French countryside after months being cooped up indoors. 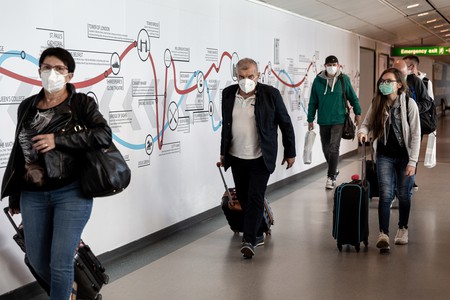