Uncovering the Truth Behind the Legends Of Blackbeard 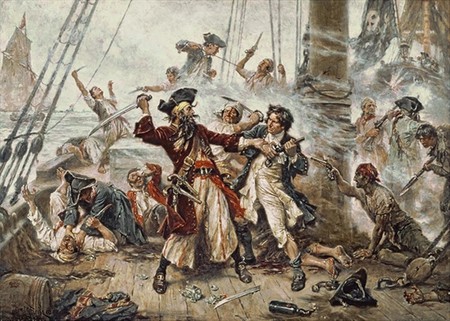 One of the most terrifying and notorious pirates that ever lived was Blackbeard—formerly known as Edward Teach, he was born in Bristol and sailed the seas around the West Indies and Britain’s American colonies in the 18th century. Literature and popular culture have painted a fearsome image of this formidable man, but what is the true story behind this infamous sailor’s reign of the seas? Here are 10 Blackbeard myths debunked.

Despite common legend, pirates rarely buried their treasure and it is most likely that Blackbeard himself did not. This myth originated from the 1882 Robert Louis Stevenson novel Treasure Island, which mentions Blackbeard and features the character Israel Hands—Blackbeard’s real life second-in-command. Furthermore, even if Blackbeard had buried his treasure, his loot would have been worthless today as it consisted mainly of cocoa and sugar. There is only one confirmed case of a pirate who buried his treasure, and this was William Kidd in 1699, whose riches were soon dug up and used against him in trial.

Legend has it that Blackbeard’s treasure chest lies on the ocean floor off the coast of Maryland, protected by a curse that prevents anyone from bringing it to the surface. Literature suggests that it was lost in the Bermuda Triangle, yet, according to the legend, all those who have tried to find it have never returned. Some say that Blackbeard won’t rest until his treasure is found, yet others believe his ghost guards the booty, ensuring it will remain forever hidden. 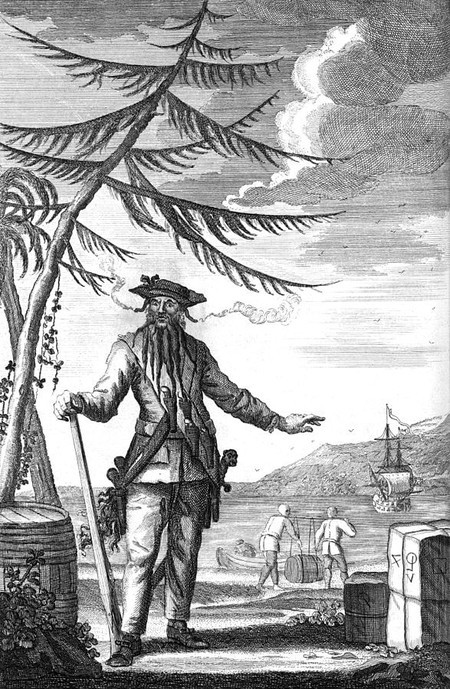 Blackbeard would set fire to his beard before battle

Famously, Blackbeard’s name originates from his thick, long, black beard and hair. Legend has it he would weave hemp into his beard and set it alight before battle, intimidating his enemies. The reality is, however, that the bloodcurdling pirate would put small candles or pieces of a fuse into his hair and light those. They would give off smoke, rather than burn as a fire, which consequently gave him his demonic appearance.

Blackbeard had his own flag

Supposedly, Blackbeard had his own flag portraying a white-horned skeleton making a toast to the devil and spearing a red heart. The skeleton symbolised the death of enemy crews who decided to fight Blackbeard, and the speared heart meant that no mercy would be asked for or given. This imagery, however, has no contemporary links to any historical accounts of Blackbeard. The first appearance of this flag design was in a Mariner’s Mirror article published in 1912 and was only associated to Blackbeard much later. The imagery also has no link to conventional depictions of the 18th-century devil. 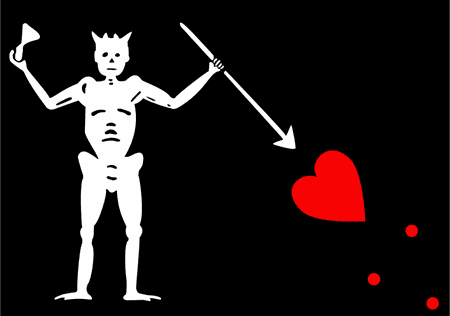 Blackbeard may have captured many ships, and his presence greatly affected transatlantic commerce at the time. However, by 1725, the ‘Golden Age of Piracy’ was coming to an end and merchants and sailors could easily recover from Blackbeard’s economic impact. When the long-lost Queen Anne’s Revenge was rediscovered in 1996 in Beaufort Inlet, North Carolina, the only treasures found included a medical syringe, a scrap of paper from a 1712 adventure book, and a few grams of gold dust—arguably suggesting that Blackbeard was not as rich and powerful as legend has it.

Blackbeard was a ruthless murderer

Blackbeard’s reputation was cruel and heartless—he was easily the most feared pirate of his day. Although his intimidating sailors and men were deadly fighters when they needed to be, Blackbeard preferred to avoid fighting and use his wits instead. He was very intelligent, having come from a wealthy family, and was given a better education than the average pirate. Rumour has it that Blackbeard in fact killed no men throughout his piracy until his final battle, and there is indeed no record of Blackbeard’s murders. 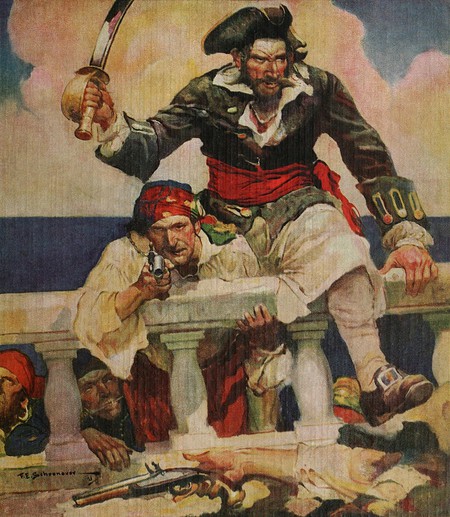 Blackbeard retired from piracy and lived as a civilian

In mid-1718, Blackbeard destroyed the Queen Anne’s Revenge, running it into a sandbar in an act that may have been a genuine accident or an attempt to swindle his crew out of their share of the loot. After this event, he accepted a pardon from the Governor of North Carolina, Charles Eden, and was granted use of his remaining vessel, The Adventure, to become an officially licensed privateer. However, before long, Blackbeard went rogue and took up piracy once again, marking the end of his short retirement from crime.

Blackbeard left behind a journal of his crimes

According to Captain Charles Johnson in his 1724 book, A General History of the Robberies and Murders of the Most Notorious Pirates, Blackbeard kept a journal of his criminal activities. Despite this, however, other than Johnson’s account, there is no evidence that any journal existed and Blackbeard’s murderers, Lieutenant Maynard and his men, did not mention its existence. It is suggested that Johnson made up these journal entries to add literary flair and dramatic tone to his writing. 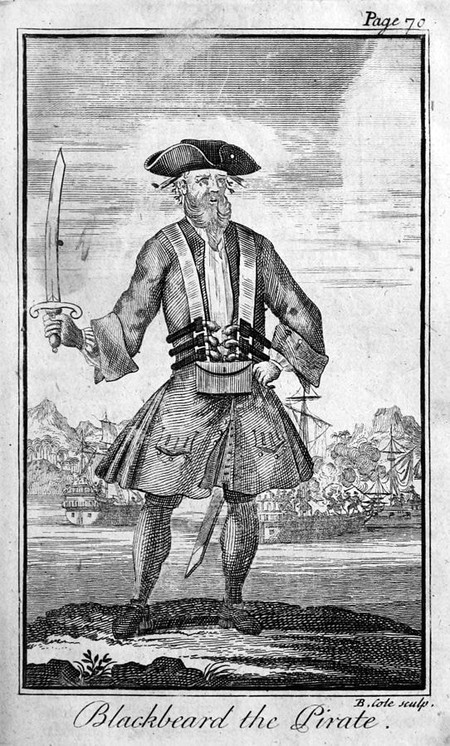 Blackbeard was the most successful pirate ever

Blackbeard is infamous throughout history as the most successful pirate to have lived. Although he was feared by many and achieved great success from 1717-1718, the most successful pirate of the so-called ‘Golden Age of Piracy’ was in fact Bartholomew ‘Black Bart’ Roberts (1682-1722). Black Bart captured and looted far more ships than Blackbeard and other notable pirates such as Edward Low and Jack Rackham, capturing an estimated 400 ships in his three-year career.

The ghost of Blackbeard

On Ocracoke Island lies a small channel of water known at ‘Teach’s Hole’, the location where Blackbeard was beheaded during his final battle against Lieutenant Maynard and his crew. Legend has it that the headless corpse was thrown into the water, where it swam around the ship three times before eventually sinking. Although this can neither be confirmed nor denied, many fishermen have reported sightings of a strange light moving beneath the water, thought to be the terrifying pirate’s spirit searching for his head. Others claim that on stormy nights you can hear Blackbeard’s voice calling out in the wind.