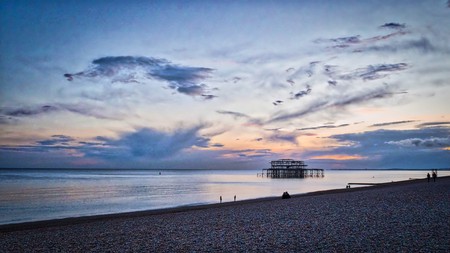 Brighton, England is a joyful spot for a drink. Start with two universities, and you’ve got yourself a relatively youthful (and equally high-spirited) guestlist right away. Add a tangy splash of LGBTQ pride, a healthy gulp of laid-back seaside air and a drop of pseudo-hipster irony for a moreish cocktail that’ll have you dancing all night long. 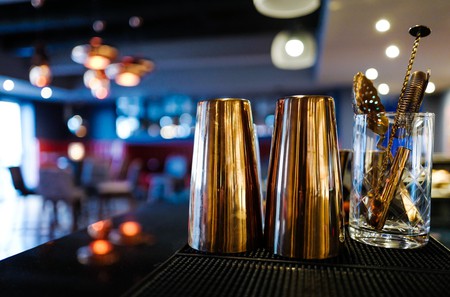 Whether your night out in Brighton includes dodging puddles of vomit on the twinkling seafront or sipping luxuriously from a glass that’s actually made of glass (fancy!), you may well come across the city’s spirit-spirit: Tuaca.

But what’s in it? Why the close ties with Brighton? And do the city’s residents really enjoy it any more than the rest of the country? Read our guide to the whats, wheres and whys of Brighton’s so-called favourite liqueur to find out.

Tuaca’s golden liquid is a blend of Italian brandy, flavoured with citrus and vanilla spice (which sounds like someone Victoria Beckham phased out of her friendship circle long before the 1996 Brit Awards, but could still be delicious). Also said to have notes of dried fig, cola and butterscotch, the flavourful spirit is a popular alternative in Brighton to the shudder-inducing Sambucca shot and can be stirred into some classy cocktails, too. 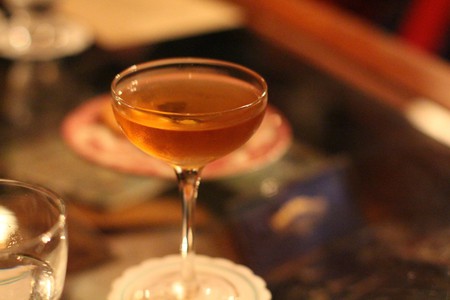 According to its producers, the liqueur was popular during Italy’s Renaissance period, and the recipe has barely changed since. The fact Da Vinci, Michelangelo, Donatello and Raphael may well have been sinking Tuaca as they created some of the finest art in Italian history brings a certain gravitas to the lads-on-tour necking shots on Brighton’s buzzing West Street, dressed as the Teenage Mutant Ninja Turtles. 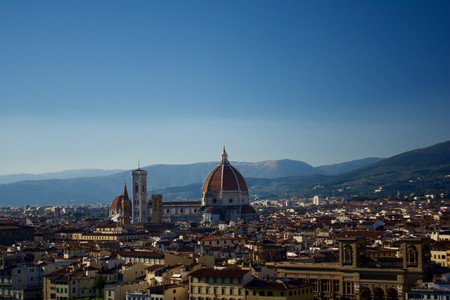 The story goes that Tuaca’s 500-year-old recipe was originally blended in honour of Lorenzo the Magnificent, who ruled Florence during the Renaissance and donated generously to the artists who gave the period its vibrancy. Made with a brandy sourced in Anagni, to the east of Rome, the honey-coloured spirit was revived in the 1930s by Gaetano Tuoni and Giorgio Canepa, who blended their surnames and came up with ‘Tuaca’.

After the Second World War, American soldiers who’d been stationed in Livorno were disappointed to find the drink they’d grown fond of in Italy seemed not to exist back home. It wasn’t until the late 1950s that an importer from San Francisco got Tuaca over to the USA. 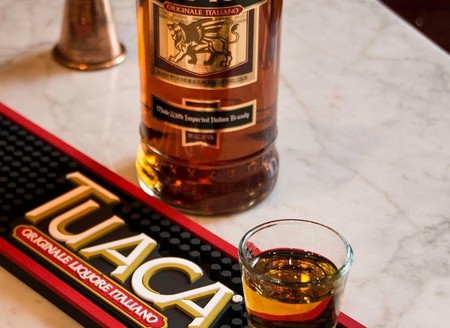 Fast-forward a few decades and leap back across the Atlantic to Brighton in the 1990s: Sammy Berry, just home from Colorado, is searching high and low for the drink that defined her time in the States along with best friend Cassandra. Sammy’s boyfriend makes a bet with Cassandra’s brother – whoever can import a case of the precious liquid to England first will win a pricey bottle of champagne.

It was Sammy’s Danish-born boyfriend Poul Jensen who won the bet. He tracked down the Tuscan distillery run by Enrico Tuoni, a descendant of Gaetano, encouraged his mum to put on her best Italian accent and purchased two cases for 466 pounds.

Sammy and Poul soon took over the Saint James Tavern at the edge of swinging Kemptown and could declare themselves the first bar in the city to serve Tuaca. A proud sign above the doorway still informs the drunk and merry that this was the spirit’s original Brighton home. The spirit quickly became a best-seller at the pub, and word spread that here was the place to sample the elusive nectar. 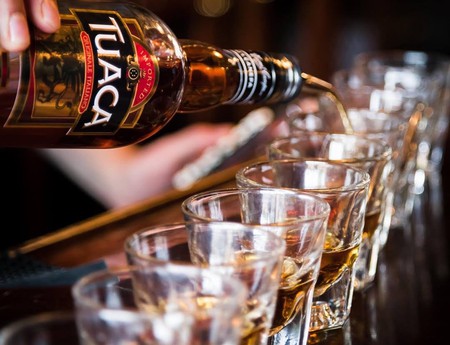 Within a year, Tuaca appeared on drinks menus across Brighton, and today you can spot it glowing on the back bar of 95 per cent of the city’s boozers. Though Newcastle and Bristol are learning to love it, the mystery remains why Tuaca’s popularity has yet to catch on in other UK cities quite like it has in Brighton.

Cynical locals may insist they’re indifferent to Tuaca’s spicy charm, suggesting it’s more of a last resort when their budget no longer accommodates tequila. Others claim it’s hangover-free and tastes like ice cream topping, so safe to say even Brightonions can’t agree on its merits. Celebrity fans include Zoe Ball and Jamiroquai, with Brighton’s own DJ Fat Boy Slim allegedly once messaging Sammy and Poul to thank them for getting him ‘twackered’. 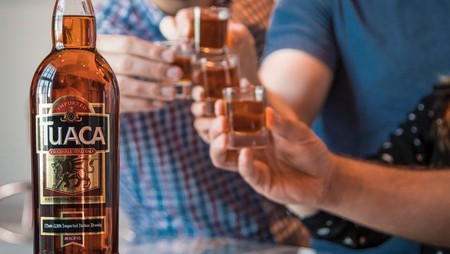 Try it laced with Tabasco at the Hope and Ruin on Queen’s Road, or get your pulse racing with a coffee-infused Tuacaccino. Combined with Triple Sec, sugar, sweet-and-sour mix and a lemon wedge, Tuaca makes a summery citrus-sharp Lemon Drop. For fireside treats, you can mix it with warm apple cider and a sprinkle of cinnamon.

If you’re heading to Brighton, get a round in and see for yourself. Tuaca’s one-time slogan makes an excellent mantra for your night on the tiles: ‘Starts chilled, ends warm, mysterious in the middle.’