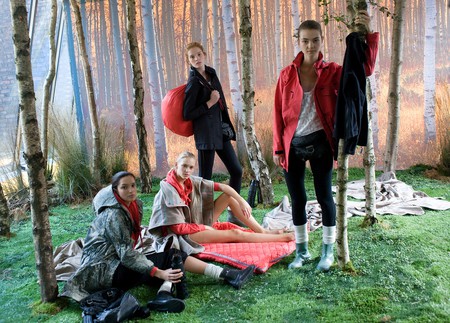 A few years ago, this group was generating a series buzz as emerging new London talent. Fast forward to 2016 and they have changed the game, putting the city back on the map with their innovative designs. The Culture Trip explores the generation of fashion game-changers.

Craig Green exploded onto the scene in 2013 with a fearless collection, presented as part of Topman and Fashion East’s MAN initiative at London Collections. This collection even made headlines outside of the fashion world due to an unusual styling choice – models wore black wooden headpieces that obscured their faces. In Craig Green’s own words, his work became “the fodder of trashy newspapers,” who completely overlooked the fact that, odd headgear aside, the entire collection was covetable, as well as wearable. His 2014 Autumn/Winter collection had a thoroughly different impact however: the show ended with a standing ovation and most of the audience left in tears. In the words of Dazed editor Isabella Burley, “you have moments in fashion where you think, this is what it’s about, this is why you do what you do. Everyone was taken out of their reality and pulled into his world.”

Susanne Ostwald and Ingvar Helgason are from Germany and Iceland respectively, but settled in London in 2008 to establish their label Ostwald Helgason. Standout pieces included luxe printed trousers and pleated maxi skirts, resort favorites which are too good to be confined to the holidays. Their most recent collection was a complete departure from their usual work, as it took inspiration from the fall of the Berlin Wall. The duo’s easy transition from ultra-luxe to sombre themes shows that their brand has the potential for longevity and intelligent expression, which leaves less sophisticated labels by the wayside.

Central Saint Martins graduate Paula Gerbase has expressed that she originally intended to study architecture and this attention to structure visual impact is evident throughout her work. After spending five years as head designer of Savile Row tailor Kilgour, she started her label 1205. This training heavily informed her work, which is designed to be unisex and focuses on well-made, classic pieces which will last a lifetime. Gerbase describes her label as “restrained modern tailoring” and her utilitarian collections rarely deviate from a simple, subdued color palette, which makes her work seem like a uniform for modern life.

The only Central Saint Martins graduate not on this list, Claire Barrow has carved a reputation for her label through her rebellious designs and unabashed individuality. This brand ethos has attracted the likes of fellow fashion rebel Rihanna, who sported her hand-painted vintage leather jackets whilst on tour. Her catwalk shows are every bit as theatrical as her clothes and she isn’t afraid to take audiences on fantastic journeys. The concept of her SS15 show was a dystopian future, where female medics must save the world from a lethal virus. She likes a joke – models went down the catwalk of her Autumn/Winter 2013 show carrying model fish. Barrow’s adaptability, accompanied by her lack of desire to be pinned down to any particular theme, has defined her as one of the industry’s most loveable provocateurs.

Go to Clairebarrow.com to buy new season which is my last 'season' sooo….. 👅

Christopher Shannon has become one of London Collections: Men most sought after shows, with crowds clambering to get a front row seat for each new season. It’s Shannon’s imaginative eye that has created collections spaning from sports inspired handbags to 70’s Liverpool suburbia. In spite of the mesh of influences, Shannon’s brand maintains a personal touch: in one show he paid tribute to Louise Wilson, his CSM tutor, and he casts and styles all of his shows himself.

Jackie JS Lee was born in South Korea and moved to the UK in 2009 to study womenswear at Central Saint Martins. Her back-to-basics tailoring recalls the sport-inspired simplicity of recent collections by Phoebe Philo and Alexander Wang, an aesthetic that has quickly made her one of the hot tickets at London Fashion Week. This apparent simplicity however, belies the incredible skill and attention to detail present at the heart of every J. JS Lee collection. The clean lines are the result of years of practice; before she even began her fashion MA, she worked for five years as a pattern cutter in Seoul, before taking up the position of master pattern cutter at KISA London.

Marta Marques and Paulo Almeida, the duo behind Marques’Almeida, both studied at CITEX Fashion School in Portugal before moving to London and enrolling at Central St Martins. The denim-obsessed designers have ridden the wave of 1990s nostalgia – PJ Harvey is a show soundtrack favorite – by bringing a rugged, street-wear inspired aesthetic back onto the catwalk. Their trademark denim pops up in unexpected places, in slouchy sweaters and laid-back dresses that perfectly encapsulate the brand’s relaxed vibe. This laid-back attitude has made them a favorite of Topshop, who recently collaborated with the brand on a collection of 1990s staples: think grown-up interpretations of neon spaghetti straps and boxy denim jackets. Having been awarded the coveted LVMH prize in 2014, the Portuguese duo have accumulated a cult following, and everyone wants to be in their gang.

Shooting AW16 today with the amazing Isobel, one of our #newMAgirls 🙂 soon online at marquesalmeida.com! #marquesalmeida #AW16 #onlineshop #isobel

Simone Rocha has nimbly dealt with Famous Parent Syndrome by focusing on quality and detail in order to build a sustainable brand. Rocha studied for a BA in fashion from The National College of Art & Design in Dublin, completing a masters at Central Saint Martins in 2010. Rather than taking advantage of her fashion legacy to run before she can walk, Rocha carefully reinterprets classic elements in an innovative way and her hard work has truly paid off. She has been sponsored by British Fashion Council and Topshop initiative Newgen and in 2013, she was awarded the title of Womenswear Designer of the Year at the British Fashion Awards. Having established a signature romantic aesthetic, this Rocha has carved her own narrative with ephemeral, feminine designs.

Thomas Tait is originally from Canada, but has established his eponymous label in London after completing his MA at Central St Martins. While Tait designs womenswear, there is a definitive menswear influence throughout his work. His collections heavily emphasize straight edges and utilitarian designs, and skirts are always a very considered inclusion. His use of color is bold, unapologetic and at times brash, and the powers at be have clearly taken notice. This year, Tait was awarded the LVMH Young Designer Award: a prestigious prize which is judged by the likes of Karl Lagerfeld and Marc Jacobs. This prize signifies a crucial turning point in Tait’s career and it will be exciting to see how he capitalizes on this recent success.

If there’s one label you’re sure to see a lot more of in the next 12 months, it’s Meadham Kirchhoff. The pair has already won the Emerging Talent Ready-To-Wear Award at the British Fashion Awards in 2010, and in 2012 they were shortlisted for the BFC/Vogue Designer Fashion award. English-born Edward Meadham and French-born Benjamin Kirchhoff have won over the fashion crowd by marrying contemporary wearability with sentimental tributes to teenage girl’s bedrooms and Courtney Love. Both studied at Central St Martins (Meadham studied womenswear, Kirchhoff studied menswear) before launching a menswear label after graduation and finally creating the now iconic Meadham Kirchhoff in 2009. While their kooky runway make-up and outlandish styling first made them the favorite of pastel-haired twenty-somethings, their ingenuity and adaptability has meant that everyone knows who they are, and for all the right reasons.