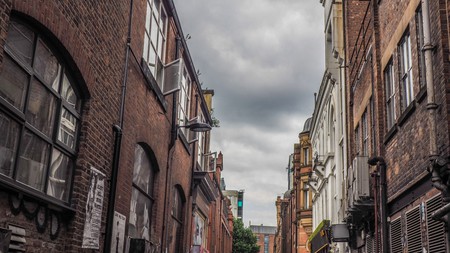 You may think that you’re most likely to see Manchester on screen in an indie film or a soap opera, but you’d be wrong. Over the past few years, the Northern Quarter has served as a movie lookalike for historic New York, not only because of its unusually similar architecture and fewer crowds, but because the UK government has made filming across the pond financially enticing to studios overseas.

Urbanized due to the burgeoning textile industry and the construction of cotton mills, the Northern Quarter dates back to the 18th century. For nearly 150 years, it was Manchester’s main shopping and working district where the unusual pairing of pet shops, fish markets and factories meant thousands of people visited the area every day.

The factories and shop fronts in the Northern Quarter may have changed hands or become derelict in recent years, but they have remained largely untouched since the Second World War. The quirky zigzag fire escapes still stand in back alleys, and the entire area is almost exclusively composed of Victorian-era buildings. This makes it an ideal filming location for movies set in early 20th century NYC—unlike the real, modernized Big Apple. 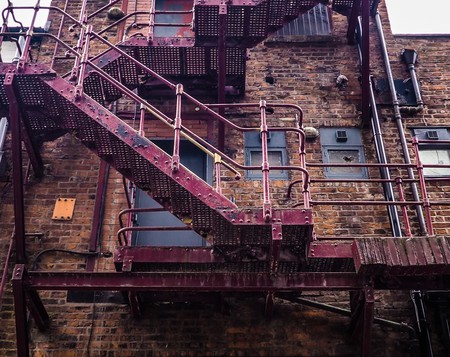 The most famous film to make use of the period environment is Captain America: The First Avenger (2011). In the film, Chris Evans’ Steve Rogers (AKA Captain America) undergoes a ‘super-soldier’ experiment which is interrupted by an assassination. This forces the characters outside onto the street where a shootout takes place. This action sequence is set in New York City but was filmed on Manchester’s Dale Street. The street may have been dressed in period-appropriate shop fronts, but the wide road, discernible basement windows and heavy brownstone façades with minor embellishments are entirely authentic to the location. 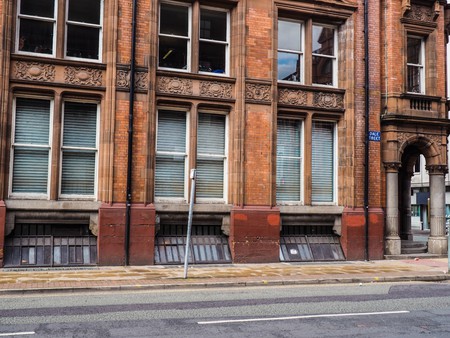 Captain America was set in the 1940s, but even present-day set films have noticed Manchester’s potential to look like the Big Apple. In 2004, the Jude Law remake of Alfie blended real New York City locations with ones in Manchester’s Northern Quarter. A non-descript car park in the Northern Quarter is embellished with street signs, trash cans, ventilation steam, a mass of extras and even a specially constructed cafe exterior to create a bustling NYC scene that’s almost indistinguishable from the real thing. 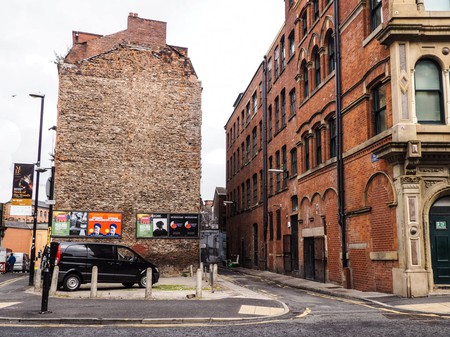 This small car park may not look like much, but it was once transformed into a corner of New York | © Rebecca Sharp

It isn’t just the similar architecture and quieter locations which bring US film crews to Manchester and the UK in general. The British Film Commission (BFC) offer all co-productions a cash rebate of up to 25% of UK qualifying expenditure. There is no cap on the amount that can be claimed, and to qualify as a co-production the US film company must only partner with a UK film company and spend a minimum of 10% of costs on UK production expenditure. This leads many of the film productions using British crews, studios (often Pinewood Studios) and locations. Notable US films that have recently been filmed in the UK include Prometheus (2012), Star Wars: The Force Awakens (2015) and the upcoming Jurassic World: Fallen Kingdom (2018).

The Northern Quarter continues to thrive as a period film location for homegrown, 1920s BBC drama Peaky Blinders. Cillian Murphy, who stars as Birmingham gangster Tommy Shelby, was recently spotted up a fire escape while filming for the latest series. As long as Manchester’s Northern Quarter remains authentic to a bygone area, the once industrial area could conceivably play host to many more glitzy Hollywood productions in the years to come.