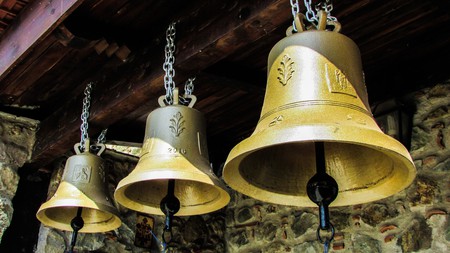 When people think of bell-ringing, it’s likely that the first (and only) thing that comes to mind is the Hunchback of Notre Dame, with the misfit Quasimodo gloomily chiming the bells in Late-Middle Age France. Although the tradition does stretch as far as that era, the rich tradition of bell-ringing is one of skill, fun and celebration and is something that many still practise today, including the student society Southampton University Guild of Change Ringers.

Much like the tradition of bell-ringing itself, the SUGCR has a rich history stretching back over 60 years at the University. They are welcome contributors to five different Churches in the Southampton area as well as having their own practise space. With organisations such as SUGCR springing up in universities throughout the UK, it seems that student bell ringing is on the rise. But how are students keeping this historical tradition alive?

SUGCR believes that one element that makes their society successful is the fact that, as a community of younger bell ringers, they are able to teach students new skills and form a community. ‘I think that the way in which we can teach people how to ring quickly from knowing nothing is useful, as it means we can welcome anyone and teach them a new skill. There are also a number of people that have done ringing before [university], in some sleepy village, who find that they can ring with people their age and who they can socialise with more. The combination of challenging ringing and a friendly atmosphere help a lot, I think’. 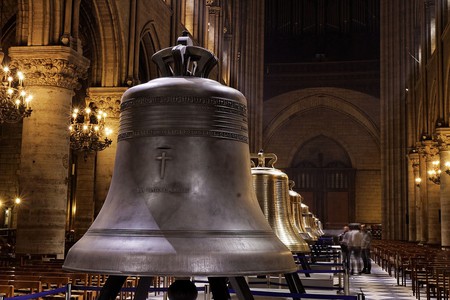 The new bells due to be installed in Notre-Dame de Paris, on display to the public in 2013 | © Thesupermat/WikiCommons

Traditionally, bell-ringers contribute to church services alongside more special occasions, such as weddings and funerals. The most famous bells are undoubtedly in Notre-Dame de Paris, but how are these sounds produced?

In a church tower, you find a range of six bells varying from very large (the tenor), to the very small (the treble). You ring from a scale starting from the treble and ending at the tenor in a process that is called a ‘round’ – a scale that underlies all bell-ringing patterns.

However, it is not as simple as ringing a few bells in a sequence. The bells themselves can weigh 100-3600 pounds, and the ringer has to not only pull them at a 360-degree angle around a wheel but also master and control what can sometimes be a four tonne bell. Just learning the basics can take up to two months to master. As a committee member of the society notes: ‘It is not like the Mars Bars Advert!’

SUGCR say that their commitment to bringing bell-ringing to a new generation comes from ‘the desire to keep the tradition going and to make connections with people that want to try a new challenge’.

With the evident skills and resilience needed for bell-ringing, the practise, especially to the society, goes beyond a religious custom. ‘It’s not necessarily related to religion; some members are religious and others aren’t’. They encourage all students to get involved. ‘There are loads of people that might think that sports or music are way out of their comfort zone, and it’s too late to learn something new, but we show that we can teach you something new, and you will be alongside other learners too’.

Many see it as an intricate and stimulating way to exercise their technical skills since you can subvert the ‘round’ into your own order and challenge yourself to not only produce a sound but construct it from all these parts and place them back together in an original way. 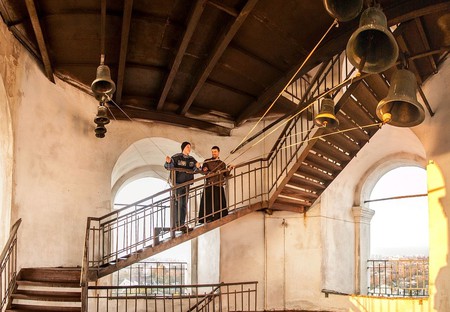 Taking this technical challenge further, the SUGCR competes in an annual bell-ringing competition, where they face off against other university societies in various rounds including eight-bell and six-bell competitions. They also expand their bell-ringing horizons through travel away from their university city. ‘We go away on several tours each year around the UK to go ringing. We get out of Southampton and go and visit somewhere a bit different, visit lots of nice old churches and try out ringing the bells there’.

At the heart of this group, however, is their close-knit friendship. Just like with any sport, practise is usually followed by a trip down the pub. ‘Emphasising the challenge of ringing and the social aspects of it has always been important’, the committee said.