These Songs Will Take You Back to Your Embarrassing Emo Phase 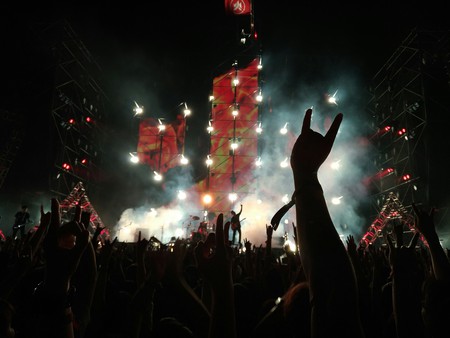 Were you really a true teenager in high school if you didn’t have an embarrassing emo phase? You know, when you dyed your sweepy fringe with Manic Panic hair dye and your earphones becomes a permanent feature on your face. But of course, everyone knows, the best part about being a ‘scene/emo kid’ was the music.

The ‘emo phase’ usually happened to 13–16 year-olds, and according to the author of Nothing Feels Good: Punk Rock, Teenager and Emo, Andy Greenwald: ‘Emo is an essential element of being a teenager, it is the sound of self-making.’ Sound familiar? Everyone can agree we were desperately trying to mould ourselves into an identity, all in the name of self-discovery.

Music was the heart and soul of what it meant to be emo – it was the pinnacle of the culture. Emo bands resonated with your dark soul because they too were as misunderstood as you. What better way to revisit that stage of your life than listening to the angst-filled genre with these throwbacks.

Do you remember seeing the music video to this song for the first time and being shocked that the lead singer was actually male?! It was the perfect juxtaposition of feminine energy and throat-tearing screamo. If you were emo and heartbroken, this was the soundtrack to your life. It’s basically the emo theme-song to Romeo and Juliet.

Flyleaf – ‘All Around Me’

A mellow, heartwrenching, soulful song by Flyleaf that makes you want to hug your dog after listening to it. When this song came on and you were on the bus, you’d look out of the window and pretend you were in a movie and hate on the world surrounding you.

You can’t deny that this is poetically beautiful and great-sounding to the ears. What’s interesting is the song’s devotion to God and religion.

All Time Low – ‘Dear Maria, Count Me In’

Most likely, All Time Low were the band that eased you into emo music because although they had a pop vibe, they were also soft-core punk rock. Super upbeat, easy to dance to and they definitely aced that emo pop band look. During that chapter of your life, All Time Low were the One Direction of the emo world.

If you want to bring back the high memories of your long forgotten emo era, just listen to this masterpiece from Paramore and soak in that nostalgia. Don’t be surprised if you still know all the words, this band had a way with their catchy baselines and relatable lyrics.

Bring Me The Horizon – ‘Pray for Plagues’

Because you felt like no one understood you, you had to listen to music you didn’t understand either – roll in the screamo music. Back then, ‘Pray for Plagues’ was the sort of song you’d listen to and your enjoyment would confirm that you were a genuine emo. Remember those days when you’d attempt a screamo voice and your Mum would then frantically ask if you were slaughtering a pig in your room?

Ever wondered what hell sounded like? Listen to this and you’ll get a good idea.

This is the song you put on when you find out your Bebo crush has a new ‘other half’ and it isn’t you. The infamous, tragic love song from Blink 182 – the sort of song you’ll find on the karaoke song list and at the time, on most 15-year-olds’ MSN chat room status, including yours.

‘I Miss You’ tells a story of heartbreak and death in a slightly gothic way, making it a classic song to listen to as a sad, anti-happiness teenager.

Bring back that angsty 13-year-old feeling. You Me At Six was a soft-core band that had a pop undertone but was still considered ‘screamo-emo’ music to your non-emo friends.

You Me At Six attracted many fangirls to the emo scene due to their perfect boy band look. You either had one of their songs as your ringtone on your Motorola Razr flip phone – or playing in the background of your Bebo profile page.

The key lyrics to this iconic song, ‘You know how to keep your hopes high and your head down low’, became the motto of your life. You walked around with your head down low in the cold breeze of life, the gusts of wind occasionally unveiling that eye that’s usually covered by a side sweep fringe chemically bleached one too many times.

The star-studded music video (filled with other infamous emo bands) is only one of the few reasons why this is one of the ultimate throwback songs for your emo years.

An honourable mention for the neo-shock, rap-metal band which is Slipknot. The anger, hopelessness and darkness in their song ‘Psychosocial’ echoed what your 15-year-old self felt during your ‘misfit’ phase.

Until today, post-emo adults are still unsure of what they’re saying but we all know to shout ‘psychosocial’ as loud as possible when it comes on, just so people think we are die-hard emo enthusiasts.

When Slipknot threw human urine into the crowd at one of their concerts, that’s when I knew it was time to revert back to a generic 15-year-old who smiled, listened to Maroon 5 and wore a Nike ‘Just Do It’ bag.

My Chemical Romance – ‘Welcome to the Black Parade’

Ending on a high note – here’s the grand ballad every guitar-playing-emo knew how to play from My Chemical Romance.

Let’s face it, you didn’t have to be emo or gothic to appreciate this song. It is undoubtedly a classic. Everyone sings their heart out to this song, especially the ‘We’ll carry on!’ part, whether you were into alternative-punk rock or not.

‘Welcome to the Black Parade’ is a song anyone can enjoy, but even more so for those which it brings back nostalgia for the days being emo was a solution to all adolescent problems.