The Women's Tour Leads the Way With Equal Pay 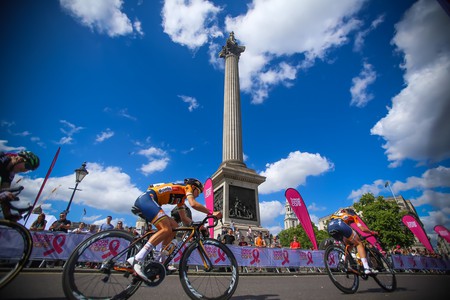 Racing through London on the Women's Tour | © The Tour / Flickr

This year the UK’s most high-profile stage races for women and men will pay out equal prize money for the first time.

The OVO Energy Women’s Tour and the OVO Energy Tour of Britain attract the biggest names in cycling, including World and Olympic champions. This year marks the former’s fifth anniversary but, more significantly, it is the first time the winner will receive the same prize money as her male equivalent. It is a great leap forward for the event. The €90,000 total pot is more than double that of last year’s Women’s Tour and will mirror the Tour of Britain fund for every stage, every jersey and every place on the podium. This focus on equality places cycling, in the UK at least, ahead of many other sports. Lizzie Deignan, who won the Women’s Tour in 2016, welcomes the move towards equal pay, but points out this is just one part of the issue. 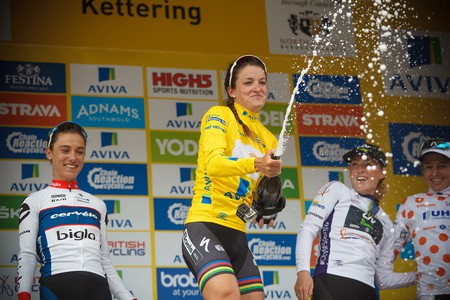 “Equal prize money can sometimes be a bit of a token gesture. What’s more important to athletes and the long-term future of the sport is equal race days and logistical organisation,” says Deignan. “I feel lucky that I ride in an era when equality is such a pressing matter, not just in terms of sport, but in wider society. There is social pressure on race organisations, not just from riders, but from the public.”

Parity with the men’s event was always part of the plan explains Women’s Tour spokesperson Nick Bull. “We wanted to build it up,” says Bull. “We went public with our plans in 2013 and we wanted to make this the best women’s race in the world and we’re confident in our progress. In an ideal world we would have done it by day one, but that simply wasn’t realistic. We didn’t run before we could walk.”

But while the equal pay is to be applauded, it’s too simplistic to simply count the pennies. Will the women riders be provided with the same amount of support, logistical backup and media coverage as the men for example? How does a race attract sponsors if no one is able to watch the event in the first place? Bull says: “We were very conscious of keeping the look and feel of both tours the same. We’re very proactive in contacting local media and national outlets, and the highlights will be on prime-time television. There is no logical reason that someone who rides their bike should be entitled to less simply because they are a woman.” 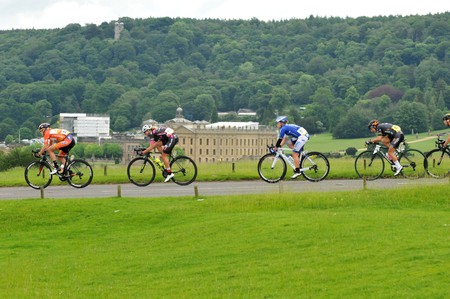 Sport has a problem with gender parity in terms of pay. An annual salary survey conducted by Sporting Intelligence in November 2017 found that gender inequality is more entrenched in sport than in politics, business and medicine. Forbes‘ list of the world’s highest-paid athletes over the last year didn’t include a single woman. Tennis player Serena Williams was the only female to make the previous year’s list, but has dropped out as a result of taking time off the tour to have a baby.

UK cycling leads the way. In addition to the Women’s Tour, the Tour de Yorkshire and RideLondon also pay equally. Australia’s Tour Down Under is the only other race on the calendar to do so. Cycling’s grandest spectacles need to set an example, but we are some way off from that scenario.

In 2017 the Giro d’Italia paid out €115,668 to its general classification (GC) winner Tom Dumoulin. That same year the Giro Rosa (then called the Giro d’Italia Femminile) paid its winner, Anna van der Breggen, €1,130 – less than 1% that of Dumoulin’s purse. But at least Italy’s Grand Tour exists. Cycling’s biggest showpiece, the Tour de France, awarded €2,280,950 in total prize money in 2017, with winner Chris Froome taking home €500,000. Its female counterpart, the Route de France Féminine, didn’t even happen. In 2017 it was cancelled for the second year running through a combination of internal squabbling over proposed dates, hosting companies withdrawing and the decision of the sport’s governing body, the UCI, to not award the race World Tour status.

The current compromise is La Course by Le Tour de France: a two-stage women’s race thrown on the end of the Tour de France – an afterthought and cycling’s equivalent to a gentlemen’s club allowing women in for one night only and expecting to be thanked for the good that they do. For Deignan, the older races will take a long time to catch up, but “for new races there’s no excuse not to start at the same level”.

For the older races it’s a case of cycling waiting for one of the big boys to throw their weight around. “You would certainly like them to leverage their power because they have huge global identities,” says Bull. “They’re the ones that can properly push the narrative and you want everybody to do their bit. There’s no reason not to. Not just in women’s cycling, but in women’s sport.” 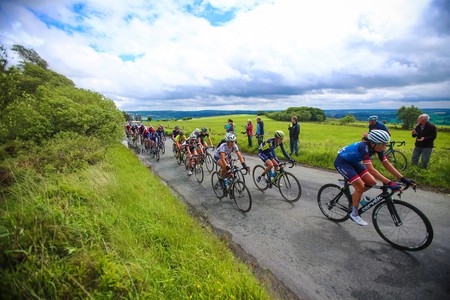 Perhaps key to the success of the Women’s Tour is the scheduling. Rather than at the end of the Tour of Britain (September), it is its own stand-alone event, raced in the middle of June. For Bull it’s “a no-brainer” and “an important part of what we do”, while Deignan’s take is a little more nuanced. She explains: “It’s a tough one because a women’s race alongside a men’s race does expose existing fans to women’s side of the sport. If you already have a stream of fans on the side waiting for a men’s race watching you beforehand, then that also brings benefits. But it’s also good to see us with great TV coverage, racing on the weekend, getting the same exposure – there are positives and negatives.”

How much impact do those positives in a race like the Women’s Tour actually have? Deignan says: “It will be huge. The biggest thing will be in the countryside, cycling past past schools, with young girls seeing elite women’s sport in front of them. You can’t be what you can’t see.”

Lizzie Deignan is an ambassador for Cycleplan cycling insurance.