The True Story Behind Southampton's Coat of Arms 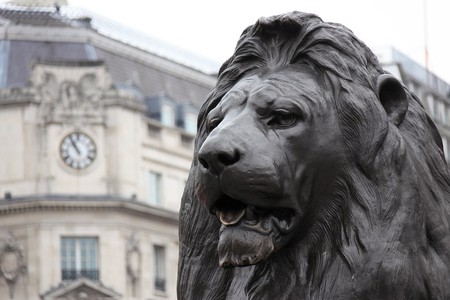 A Coat of Arms is a heraldic design symbol or shield which specifically represents a family or a country. The coat of arms awarded to different cities or towns represents their history. Understanding a coat of arms gives a deep insight into the history of the place; here we look at the historic symbolism behind Southampton’s crest.

The origin of Southampton’s crest is as old as the thirteenth century but the coat of arms officially came into existence since 4th August, 1575.

Southampton’s crest depicts its ancient history and signifies its strong connections with its community. The Southampton coat of arms is a beautifully heraldic designed shield which is equally divided into two parts. The upper half is white and has two red roses on it, whereas the lower half is red and has one white rose at the centre. The red and the white roses on the coat of arms are an important symbol in English heraldry, representing the royal houses of Lancaster and York which were previously caught in bitter civil wars, known as the War of the Roses. 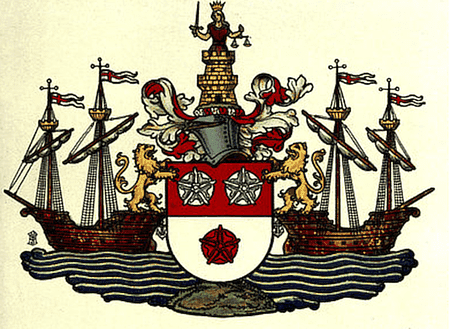 The crest has a silver helmet on top of it, on which is placed a castle. We see the figure of a woman rising above the castle, holding the sword of Justice on her right hand and balance of equity on her left hand. This is believed to be an image of Lady Justice. Based on the personification of Justice in Ancient Roman art, known as Iustitia, she is often seen portrayed as a statue outside courthouses and symbolises fairness and equality for all. 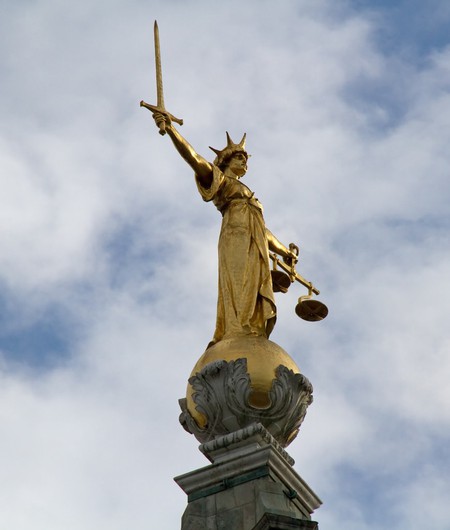 A statue of Lady Justice on the Old Bailey, London | Tony Hisgett/Flickr

Also featured on the coat of arms are the two ships floating on the ocean. Two lions are depicted on each fore of the ships, representing the English Lion. The lion has long been a symbol of English royalty, with the use dating back to the Norman times. One of the oldest depictions of the English lion can be seen on the Great Seal of King Richard I, who reigned from 1189-1199, and was commonly known as Richard Lionheart due to his nobility and bravery in battle. On this crest, the lions are depicted on a warship to demonstrate the importance of Southampton’s harbour. 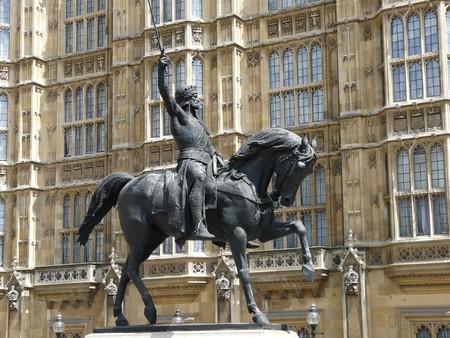 Statue of Richard the Lionheart outside Parliament | Loz Pycock/Flickr

The coat of arms has been used in various places, and the designs have varied from one century to another. The influence of the crest can also be seen in other institutes of the city. The University of Southampton also uses similar colours of red and white in their official coat of arms. The local football club Southampton F.C. shared the city coat of arms until the 1970s, when fans were asked to help design a new crest which still shares imagery such as the red and white colour scheme and the white rose.