The Top Things To Do And See In Everton, Liverpool

Liverpool from Everton Park | © Derek Harper/WikiCommons
Located just north of Liverpool’s city center, the district of Everton is one of the city’s truly undiscovered gems. Originally the home of Beatles member Paul McCartney, and a hotspot for urban legends, this district’s colorful past can still be felt by those who venture into its streets today. Here’s a list of the top things to do and see in Everton, Liverpool.
Liverpool from Everton Park © Derek Harper/WikiCommons

Park
Created in the early 1980s on Everton Hill, Everton Park is large green space in the heart of the neighborhood that is the ideal place to spend a warm afternoon. Visits to the Nature Garden are available on Thursday and Friday mornings, but there are plenty of other activities to keep even the most energetic kids entertained. Check out the multiple playgrounds, the heritage walking trail, fitness equipment and Action Sports Hub for skateboards and scooters. Finish the day by watching the spectacular sunset over the city below.
More Info
Open In Google Maps
Heyworth Street, Liverpool, England, L5 3PU, United Kingdom
+441512333001
Visit website

Located on Margaret Street in the heart of Everton, the Everton Water Tower was first opened in 1864. While mainly surrounded by modern housing, the water tower stands out as a stunning example of Victorian brick masonry work, designed by Liverpool’s first water engineer, Thomas Duncan. The water tower can be seen from most of Liverpool, as it stands high on Everton brow but an up-close visit is what truly reveals the splendor of this essential district landmark. 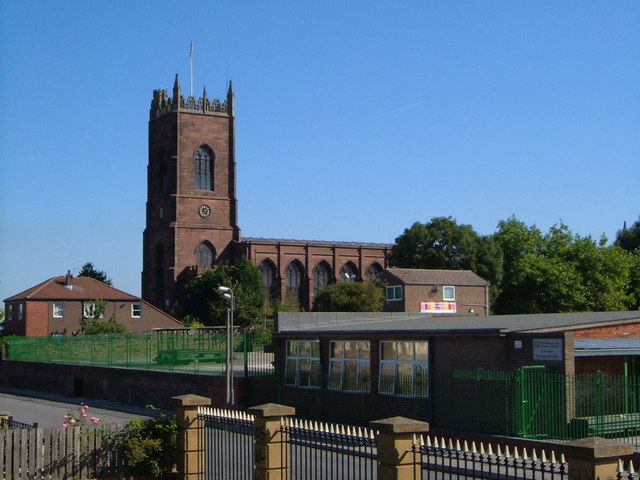 Consecrated in 1814, St. George’s Church is the oldest of three churches in Liverpool constructed by ironmaster John Cragg. Designated as a Grade I listed building on the National Heritage List for England, the church’s original charm is largely still intact. Besides the inherent uniqueness of the cast-iron and brick structure, there is a stained glass window by A. Gibbs from 1863 that was the only one to survive WWII. Keep in mind that the church still performs weekly masses, but a visit to take in the early 19th century architecture is definitely worth it.

Since the 1960s, the city of Liverpool has been synonymous with The Beatles – all four of the band members were born and raised here. Groups of up to five people can visit various sites around the city that were fundamental in shaping the future of the band with Fab 4 Taxi Tours. The £45 Epstein Tour lasts around two hours, and is personalized to include the stops the participants really want to see. Points of interest include St. Peter’s Church, Penny Lane, Strawberry Fields, and the childhood homes of all four members, including Paul McCartney’s in Everton!

Stadium
Located on the border of Everton, Anfield Stadium, which was built by 1884, has been home to the Liverpool Football Club since 1892. With a capacity of over 45,000 people, it’s one of the largest stadiums in England. Since 2014, construction on the Main Stand will increase the capacity to 54,000. Tickets for home matches are available on the stadium’s website, and attending a game is the perfect way to experience the energy of Everton at its most intense.
More Info
Open In Google Maps
Anfield Road, Anfield Liverpool, England, L4 0TH, United Kingdom
+441512606677
Visit website