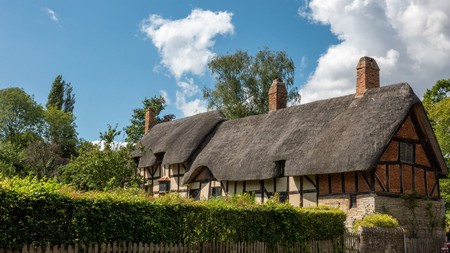 The town of Stratford-upon-Avon, England is known as the birthplace of William Shakespeare. It’s also the site of excellent restaurants serving contemporary British cuisine. Here are the top 10 restaurants for a pre-theatre meal. 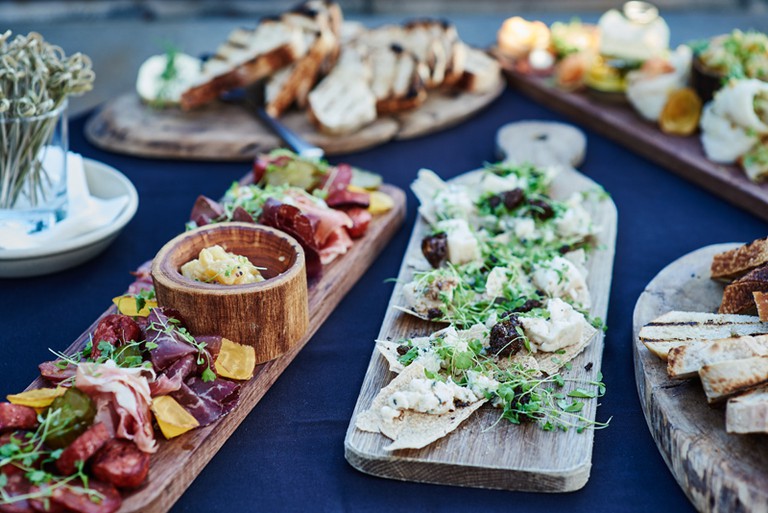 Food at The Standard | © Rebecca Mansell
You’ll find quite a few great restaurants on Church Street just a couple of minutes’ walk from Old Town and Holy Trinity Church where Shakespeare is buried. However, No. 9 Church Street is a firm favourite. Opened in 2010, this place’s restaurant serves excellent seasonal British cuisine. Chef Wayne Thompson has previously worked in the kitchens of The Savoy and Claridge’s in London, and under great figures such as Alain Ducasse and Bruno Loubet. On the dinner menu you can find dishes like loin of lamb with purple potatoes, asparagus and wild garlic pesto. There’s also a mixed grill of Cornish fish caught that day served with Jersey potatoes.

33 The Scullery sits on Greenhill Street in the centre of Stratford and has many loyal fans. Chef Andrew Edwards and business partner Carl Pritchard opened up the place in 2014. They promote a food philosophy based on local Warwickshire produce. Many diners claim this is the best place in town to eat at the moment. On the menu at 33 The Scullery are starters of monkfish wrapped in local bacon, pan-seared chicken livers flamed in brandy, and Evesham tomato salad made with Berkswell cheese. Then you can move onto Gloucester Old Spot pork with leeks and cider sauce, or pan-fried Guinea fowl. 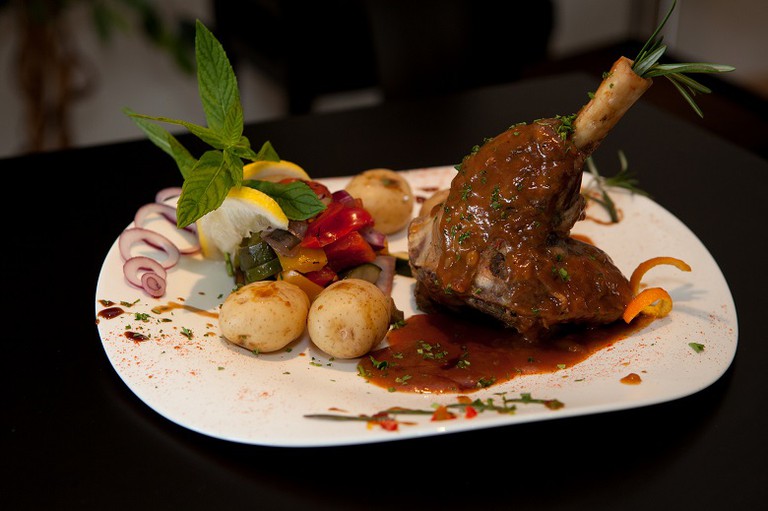 Loxleys Restaurant & Wine Bar, Stratford-upon-Avon | Courtesy of El Greco
Loxley’s Restaurant and Wine Bar can boast a Diners Choice Award for 2015 based on quality feedback. It’s on the historic Sheep Street that leads down to the river where you’ll find the theatres – so it’s perfect for a pre-theatre meal. Based in what used to be a clothes shop, Loxley’s has an al fresco courtyard for summer dining or a welcoming log fire for the winter. As well as good food you can sample some fine champagne including Dom Perignon and Laurent Perrier. The food menu is full of seasonal produce with dishes such as rack of lamb served with truffle dauphinoise and a rosemary and redcurrant jus. There are also 14oz Chateaubriand steaks for two to share. 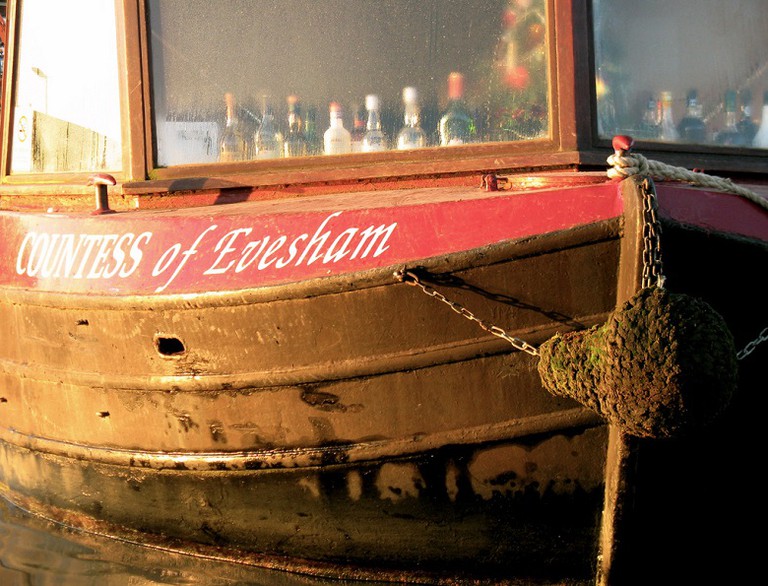 countess of evesham via khrawlings
It’s not all contemporary British cuisine in Stratford. El Greco serves up Greek cuisine with a few Italian and Spanish influences thrown in. The restaurant takes its name from the great Mannerist painter El Greco who travelled through Spain and Italy. It is spread over two floors of a historic building in the middle of Stratford. The dinner menu features a full 22-course mezze option. This is ideal if you’ve got a large group together and will be heading to the theatre after you’ve grabbed something to eat. The courses include kalamari, houmous, tzatziki, moussaka, dolmades, stifado and ends with a classic baklava. Or you can choose standalone dishes like chicken or pork souvlaki and salmon with lemon and dill. 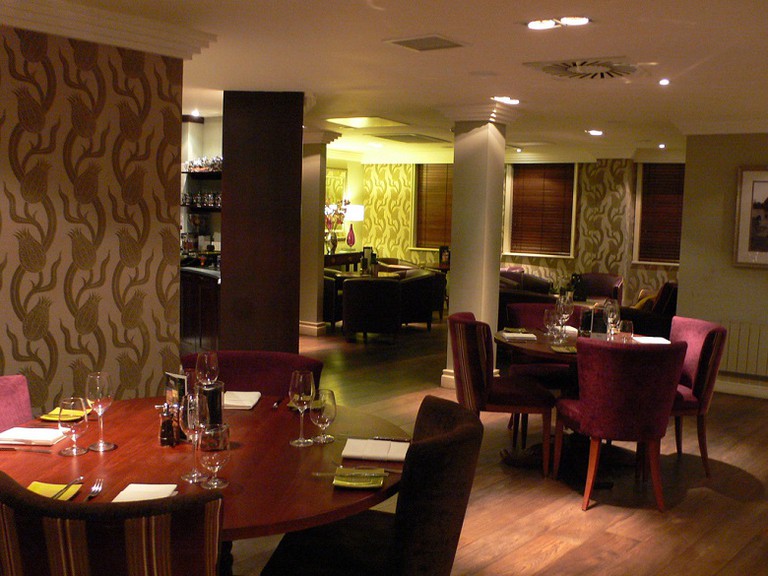 Dining Room at Waterside Brasserie | (c) Heather Cowper/Flickr
For something completely different, try the Countess of Evesham. It’s your chance to dine aboard a 70-foot long river cruiser while you head along the Avon through Stratford, past the Royal Shakespeare Company Theatre and onto the village of Luddington. Boarding begins around 7pm and the cruise takes several hours if you’re booked in for a dinner sitting. You’ll find the Countess moored at Bancroft Gardens in the middle of town. It’s more than simply a novelty too – the food is excellent. There’s an evening menu of pan-fried chicken breast with oyster mushrooms and white wine sauce, or baked trout with spinach and lemon cream.

In one of the oldest buildings in the town is Lambs of Sheep Street. Timber-framed and believed to have been built during the reign of Henry VIII, it’s now been given a smart refurbishment inside to create an elegant, refined feel. Lambs has good write-ups in the Michelin and Harden Guides, and excellent customer feedback. There are à la carte, fish, and set menus to peruse. On the à la carte menu you can choose from dishes like rack of Cotswold lamb with dauphinoise, 8oz ribeye steaks, or pork fillets wrapped in pancetta with pig’s cheeks and black pudding. 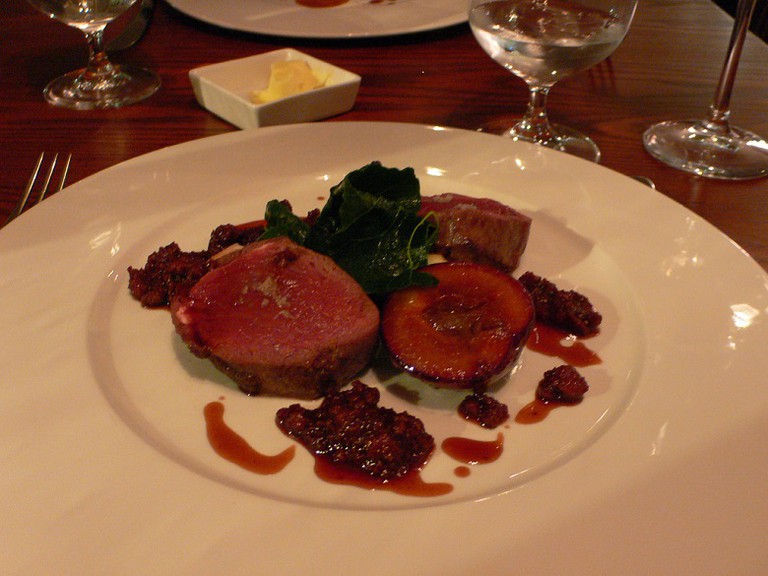 Dinner at the Waterside Brasserie | (c) Heather Cowper/Flickr
The Opposition Bistro is a favourite among theatre-goers. It’s a great spot for food that you’ll find on Sheep Street in central Stratford. They’ve got 20 years of experience serving up quality food here, and are the number three rated restaurant in the town. They’ve had a good write-up in the prestigious Harden’s Guide. It’s a fine historic Stratford building with a smart modern interior. Among the main courses to be sampled on the menu are salmon fishcakes on a bed of spinach with sorrel sauce or pork fillet with pork belly served with creamed potato and savoy cabbage. Another good option is the Cajun chicken with salsa and chips. 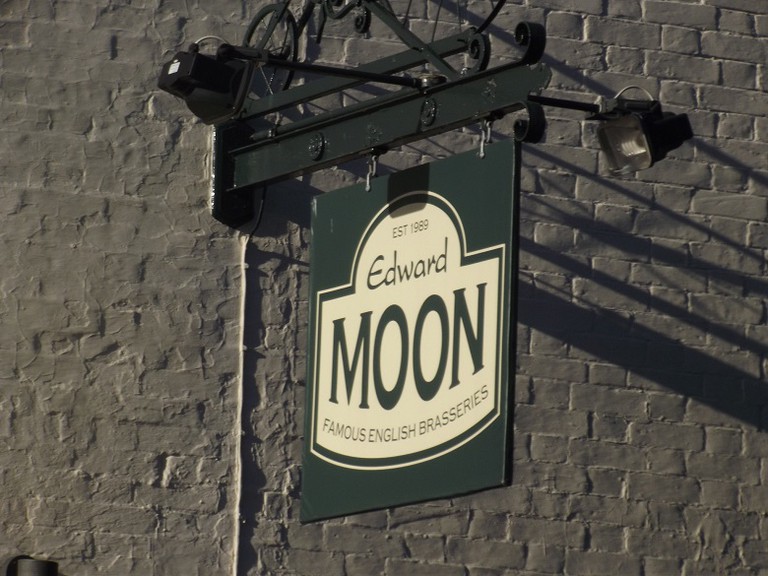 Edward Moon via Elliot Brown/Flickr
Straight across from the building that used to house the grammar school attended by Shakespeare is the Church Street Town House. This is a hotel and restaurant with a long history. Part of the building is more than 400 years old. Meanwhile, the Gothic facade with its ogee arch windows and battlements makes it instantly recognisable. The restaurant inside is recommended by Michelin and offers lunch, dinner and prix fixe menus. On the dinner menu you’ll find small plates of Cornish mackerel with horseradish and beets, and baked Devon crab with local Berkswell cheese. Then there are mains of 100-day aged ribeye steaks, and calves liver with creamed mash and bacon. 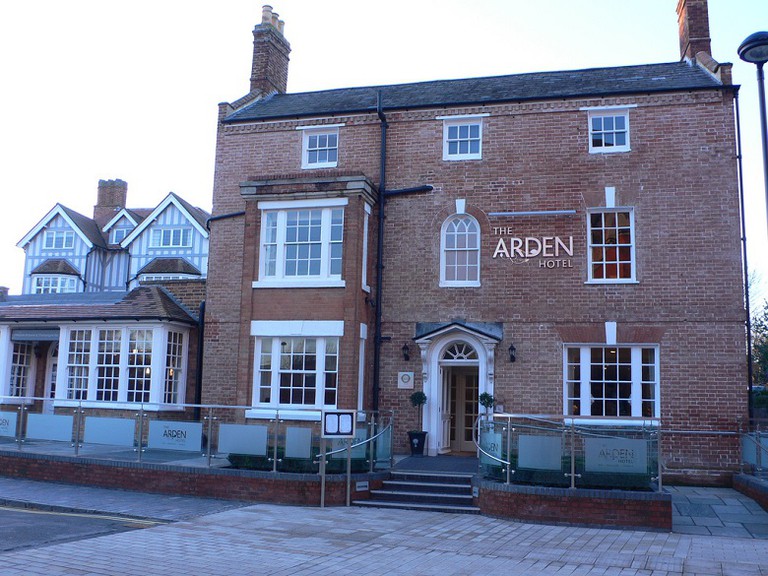 Edward Moon, Stratford-upon-Avon | Waterside Brasserie via Heather Cowper/Flickr
Established on Chapel Street in 1989 and a Stratford institution ever since, Edward Moon takes its name from a British chef of the early 20th century. This chef travelled the globe working for diplomats and ambassadors in the British Colonial Service. His book The Travelling Cook’s Companion inspired the early days of the restaurant, which has won excellent reviews in the national press for its food. All of the meat on the menu comes from across the street at Barry the Butcher’s shop. This place, in turn, sources it from farms in the Cotswolds. On the a la carte menu you’ll find signature dishes like steak and ale pie, roasted lamb shanks, and ribeye steaks.

Michelin recommends trying out the British classics on the menu at the Waterside Brasserie. It’s part of the exclusive Arden Hotel right opposite the Royal Shakespeare Company Theatre. So, you couldn’t be better placed for pre-theatre food. The restaurant also holds two AA rosettes. The culinary philosophy is founded on using great quality local produce sourced from artisan suppliers, and the menu is seasonal. You can eat in the lounge, on the terrace or book a table for the main restaurant. On the dinner menu in the restaurant are dishes like sea bream with baby new potato and spinach. There are also dishes like pork duo with red cabbage and red wine jus, and wild mushroom ravioli.
Give us feedback