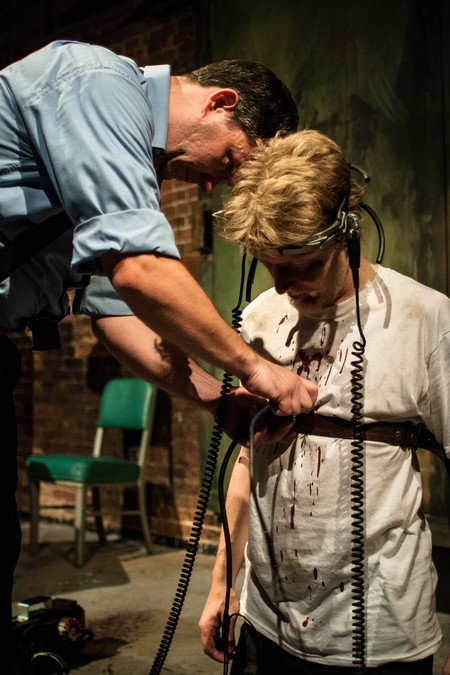 If you’re a fan of black comedy, The Pillowman at ACT Aberdeen is just right for you. It’s a stomach churning and wildly comic, intense thriller about a writer in a totalitarian state who is interrogated about the gruesome content of his short stories and their similarities to a number of child-murders that are happening in his town. There is no conclusion, but a lot of questions. Get ready to be kept at the edge of your seat until the very last line of this breathtaking storytelling. The Pillowman is probably Martin McDonagh’s most disturbing play, and is Winner of the 2004 Olivier Award for Best Play, the 2005 New York Drama Critics’ Circle Award for Best New Foreign Play and two Tony Awards. Directed by Derek Anderson and featuring a professional cast, you don’t want to miss your chance and get your hands on some tickets for a comedy that couldn’t come any blacker.

<< Back To This Month In The UK