The Styling Of David Hockney

In the documentary Hockney (2013), the master artist himself said it best when he declared that ‘changing style or subject matter is not a rejection of what came before; it is simply the act of looking round a different corner.‘ 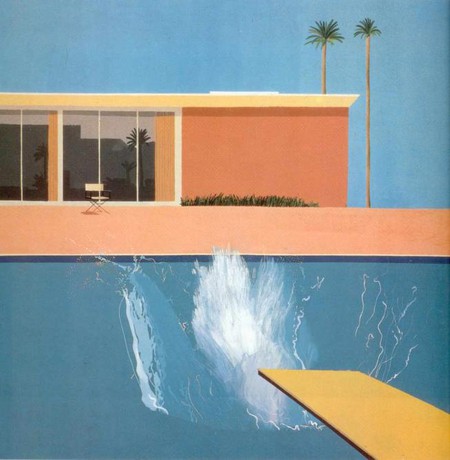 Yorkshire born and bred, David Hockney spent time in America for many years before commencing his studies at The Royal College of Art in 1959. The artist reached high acclaim during the Pop Art movement when his bleached blond hair, thick rimmed glasses and eccentric manner of dressing flattered its way into the nation’s hearts.

As we track the evolution of Hockney’s energetic career from the raging 1960s to the present, we see an artist who doesn’t stand still yet continuously revitalises his work through progressive mediums. Throughout all, he has remained consistent in delivering bodies of work that consider the world around him. It’s not for us to force your hand at regarding Hockney as the greatest British living artist, yet we certainly believe he is in the running to champion predecessors and successors alike. His everlasting candour and wit see him unable to slow down at the ripe age of seventy-eight, and we hope his desire to produce art continues.

Hockney was drawn to the relaxed and appealing lifestyle of Southern California when he began painting – what could arguably be one of his most stylish paintings – A Bigger Splash in 1967. ‘The climate is sunny, the people are less tense than New York…When I arrived I had no idea if there was any kind of artistic life there and that was the least of my worries.’ Hockney became fascinated by the norm of swimming pools in California after discovering a book image on the subject of building swimming pools, which his work would later become synonymous with. A Bigger Splash is the largest and most striking of three ‘Splash’ paintings; the other two works are held in private collections and were completed in 1966. In each ‘Splash’ painting, Hockney attempted a different result to the constantly changing surface of water, and the absence of humans throughout the series is a prominent intent used by Hockney. The painting advocates an American freedom for gay subculture which Hockney’s Californian bohemian acknowledged in a time where homosexuality was taboo.

Hockney focused his portrait series on real figures — his friends — and portrayed them in their natural environment, evoking a realistic style. Mr and Mrs Clark and Percy has been described by Hockney as one of two works that have come close to naturalism. The painting of the couple is based on the idea of a cyclical movement of looking — mastered by one character looking at the other, who in turn, looks out of the painting to the viewer. With this, Hockney’s aim is noted, ‘achieve…the presence of two people in a room. All the technical problems were caused because my main aim was to paint the relationship of these two people.’ 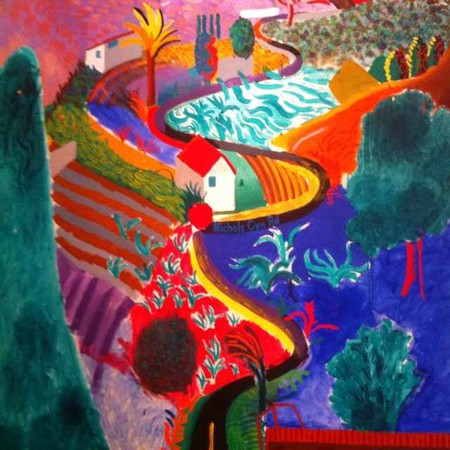 Nichols Canyon (1980) at The Royal Academy of Arts

After photographing the Grand Canyon in 1982 and harbouring a long desire to work with the subject, Hockney set out on a road trip from LA to Sante Fe to contemplate the vast landscapes of the West, thus, resulting in the creation of A Bigger Grand Canyon. Despite its notably difficult scale, Hockney applied his exceptional artistic skills to the painting. Having struggled with the composition of a single view when using photography — ‘such a tunnel to me’ — Hockney’s research methods led him to form collages of the Grand Canyon based on the cubist idea he derived from George Braque and Pablo Picasso. ‘Then you realise time and space are the same thing.’

Over fifty years after graduating from the Royal College of Arts, Hockney returned to his artistic home with the solo exhibition A Bigger Picture. Hockney took a chance on ‘could I produce something good?’ when approached by the Royal Academy as most of the featured works didn’t yet exist. The upbeat mood of the show delivered one single genre of landscape from his native Yorkshire, containing over 150 works including bright oil paintings, multi-canvas vistas, watercolours, charcoal sketches, more than fifty powerful drawings — created using the iPad and printed on to paper — and nine to eighteen screen video works captured using high-definition cameras. The model used by Hockney took a fresh approach to displaying his landscape works, and he found the Royal Academy the prime gallery for such a grand project.‘What could be better than a large gallery, smack in the middle of London.’ 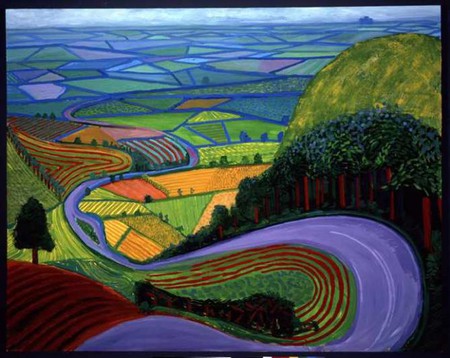 David Hockney: A Bigger Exhibition, at San Francisco’s de Young Museum, took on his embrace of advancing technology. The subject came to him fourteen years ago after his book, Secret Knowledge: Rediscovering the Lost Techniques of the Old Masters, revealed that artists had used optical devices in their working processes centuries before he previously thought. Upon this revelation, Hockney charted the evolution of Western art and exploded into a period of work formed with experimentation on the iPhone, iPad drawings and digital movies. The mirage of flat screens throughout A Bigger Exhibition showing Hockney’s brush strokes proved his ever-changing tools of creation have sharply moved with the times.

Danielle is the Art Editor for the London Hub of The Culture Trip. She has a fascination with living a life full of creativity: Theatrical soul. Cinematic admirer. Champion frolicker. Avid foodie. Sunset enthusiast.