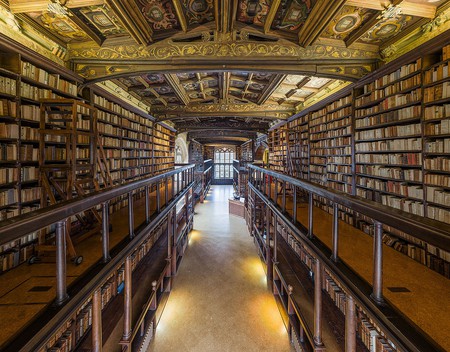 Hidden away in Oxford’s Bodleian Library is a historic reading room, with more than a hint of magic. Here’s everything you need to know about Duke Humfrey’s Library.

Duke Humfrey’s Library is the oldest reading room in the Bodleian Library, at the University of Oxford. With parts of the room dating back to 1487, this stunning medieval library has seen many famous scholars study within its walls and it is still in use by students today. With rows of old oak shelves stacked with ancient books and manuscripts, a beautiful painted ceiling and imposing high walls, Duke Humfrey’s Library is full of history, an atmospheric retreat where you feel as though you’ve stepped back in time. 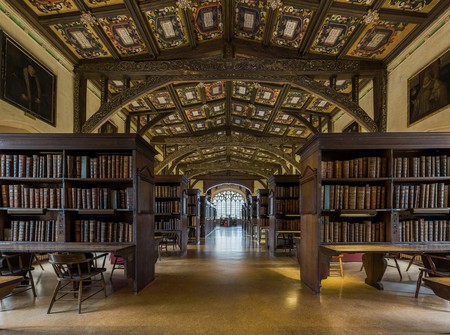 The library is named after Humfrey of Lancaster, the first Duke of Gloucester and the youngest son of King Henry IV. With three older brothers, Humfrey was not expected to fight in the wars along the Welsh and Scottish borders, so instead dedicated his life to learning. The Duke had a great passion for literature and commissioned translations of many classical Greek works into Latin. When he died in 1447, he donated his sizeable collection to the University of Oxford who built Duke Humfrey’s Library in honour of their supporter and to house all of these invaluable books. During the Reformation in 1550, the Monarchy removed all of the books from Duke Humfrey’s Library, along with many other libraries across the country to destroy any mention of Roman Catholicism. We’ll never know exactly what happened to these books, but the tragic likelihood is that they were all burned. Despite this, three of Duke Humfrey’s original books did survive and can still be found in the library, along with other priceless pieces including a 3rd century manuscript of the Gospels of the Bible and a collection of ancient maps.

Duke Humfrey’s Library has had its own moment in the spotlight when it doubled as Hogwarts library in the Harry Potter films. Daily guided tours around the library are available, so you can see it for yourself. 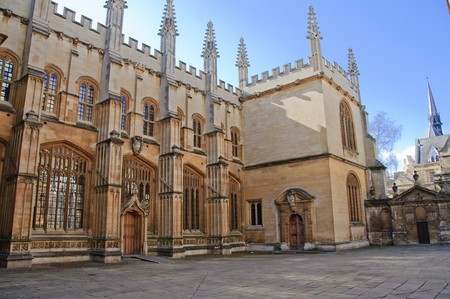