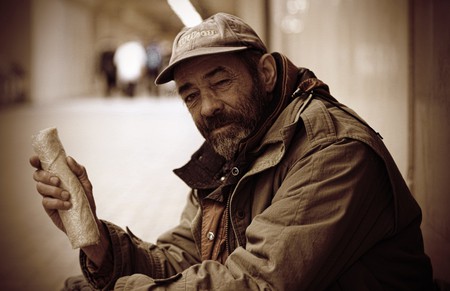 In May the world will watch, transfixed, as Prince Harry is joined in holy matrimony to American actor Meghan Markle. The setting for this momentous celebration will be St George’s Chapel, in the elegant town of Windsor in Berkshire. While hours (and thousands) will doubtless be spent on an era-defining gown, a sumptuous wedding feast and the most rugged security staff in the land – and the internet goes wild over guest lists and controversial accessories – not everyone has been enchanted by the sense of joy and unity a royal wedding can inspire.

The spotlight thrown onto Windsor by these much-discussed nuptials has unfortunately highlighted a sadder issue; an attitude of disdain towards the town’s homeless community.

Simon Dudley, Conservative leader of Windsor and Maidenhead’s council, tweeted last month: ‘Sadly there is an epidemic of rough sleeping and vagrancy in #Windsor.’ Mr Dudley added he would be writing to various bodies encouraging a focus on ‘dealing with’ the issue before the Royal Wedding. The tweet has been problematic for many, who consider the rise in homelessness to be an ongoing social problem, rather than an ‘epidemic’ which can be somehow tidied up to make room for fancier people (like actors and princes?)

Prime Minister Theresa May (MP for Windsor and Maidenhead) voiced her disagreement with Mr Dudley’s statement, saying accommodation should be provided for those sleeping rough in the area. She added that aggressive begging on the streets should be dealt with.

While of course homelessness and poverty can – and often do – lead to anti-social behaviours such as drug use and begging, Mr Dudley’s words suggest he seeks a quick solution to this deeply complex issue and places the royal wedding, its guests (and tourists’ wallets) as a priority.

One voice in defence of Windsor’s homeless was Murphy James who runs the Windsor Homeless Project. ‘If somebody is sleeping out on the street they are not there by choice; they are there because something has gone wrong,’ he said, in an interview with the BBC. Mr James described the desire to solve the issue based on the upcoming royal wedding as ‘sickening’. 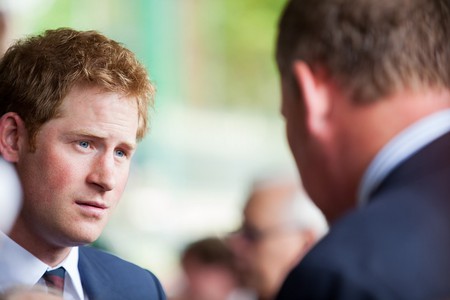 Prince Harry, known to have followed in his mother’s charitable footsteps, would surely also hate to hear homelessness referred to in this way. Likewise Meghan Markle, whose work has included promoting access to sanitary products for all women and supporting refugees. In 2011, Prince William and Kate Middleton raised more than one million pounds for various charities through their Royal Wedding Fund, and it’s more than likely Harry and Meghan will do the same. Here’s hoping some of that cash will go towards providing refuge, recovery from addiction and personal support to Windsor’s homeless.