The Most Beautiful Towns in Cornwall 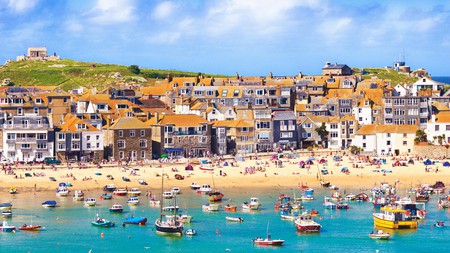 Cornwall has an abundance of beautiful towns and resorts, from pretty fishing villages to vibrant, thriving market towns. The county also has a long history dating back thousands of years to the Stone Age, evidence of which sits alongside modern life today. With so many amazing places on offer, it can be difficult to decide what to see and where to stay. Here’s our guide to some of Cornwall’s most memorable.

Known for its incredible light, St Ives has attracted artists over the years and is home to the Tate Gallery St Ives and the Barbara Hepworth Museum and Sculpture Garden. The town is charming and scenic; a picturesque mix of fishermen’s cottages and narrow winding streets with arty, crafty shops, cafes and boutiques. Make sure you have a drink at the Sloop Inn, a characterful watering hole that was built in 1312 and is one of Cornwall’s oldest pubs. 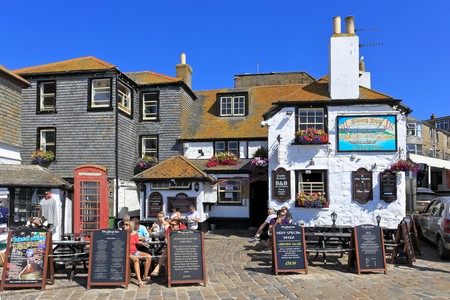 Have a pint at the Sloop Inn, one of the oldest pubs in Cornwall | © steven gillis hd9 imaging / Alamy

Undoubtedly one of Cornwall’s prettiest places, Polperro sits in a ravine and gets super-busy in the high season. However, this town is so charming it is worth a visit any time of year. Everything is clustered around the harbour and there are steep climbs up and down narrow streets, so you will see some amazing views and work up an appetite before going to one of the many cafes and restaurants. The great scenery means it’s a favourite artist hangout and lots of galleries show local work. 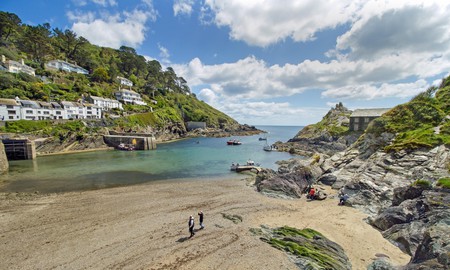 On the beach at Polperro | © Roy Perring / Alamy

Sitting in an Area of Outstanding Natural Beauty, Fowey is a small port town dating back to 1300 with a fascinating maritime history and gorgeous medieval and Georgian buildings. The main Fore Street is a vibrant hub of independent shops selling arty knick-knacks and great places to eat – if you’re a seafood fan, try Fowey mussels. 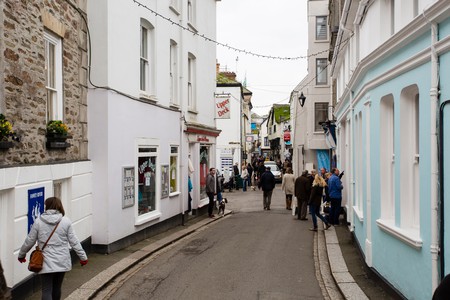 There’s a sense of romance everywhere you turn in Boscastle, with its stunning coastline location, beautiful natural harbour and jumble of thatched and whitewashed cottages. There’s lots to discover about its medieval history, as well as potteries, art galleries and the Museum of Witchcraft and Magic to while away some time. 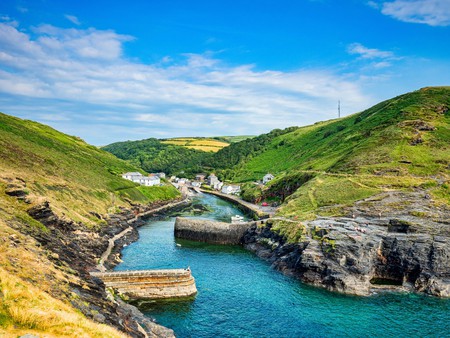 With four world-class beaches nearby, there’s much to see and do in and around Falmouth. It’s a buzzy arty centre with numerous events and festivals happening all year round and there’s lots of fun water sports and boat trips at the quay and pier. Visit Pendennis Castle, Trebah Garden and the award-winning National Maritime Museum. The town has everything you might want to see and enjoy on a visit, all in a very atmospheric setting. 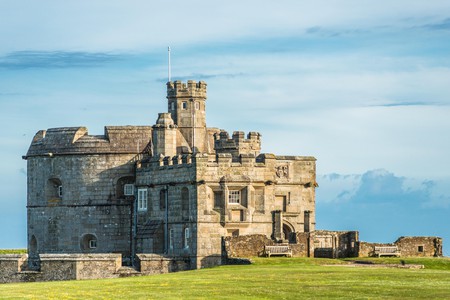 Pendennis Castle, in Falmouth, is well worth a visit | © Andrew Michael / Alamy

Marazion is most famous for the castle at St Michael’s Mount, it’s not the only attraction in town. Said to be the oldest town in Britain, Marazion has a fascinating history, with striking views towards the Lizard Peninsula and Land’s End. There’s also a lovely beach and great opportunities for bird spotting and dolphin watching. 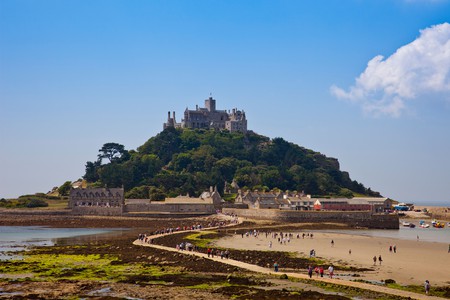 Nicknamed Padstein after chef Rick Stein, who helped put Padstow on the culinary map, Padstow is an affluent hub buzzing with amazing places to eat. It’s a working fishing port and classically Cornish in its appearance, with beautiful surrounding places to see, including seven golden sandy beaches less than five minutes away. 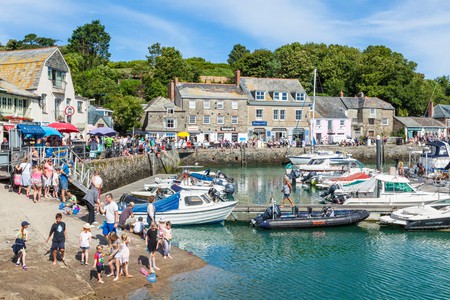 Boats moored in the harbour at Padstow | © eye35 / Alamy

Still a working harbour, Mevagissey is a bustling fishing town and a warren of steep, narrow streets. It has its own museum, a lovely little aquarium, great restaurants and opportunities to get your own catch of the day out on a fishing boat. It’s a good base for the nearby Lost Gardens of Heligan and is half an hour’s drive from the Eden Project. 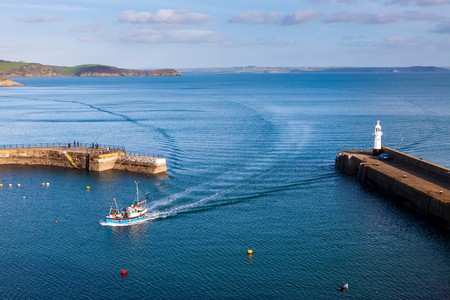 A picturesque fishing village, Looe is divided into east and west on either side of the River Looe. In medieval times, it was two separate towns, but they are now joined together by a seven-arched bridge built in 1853. The harbour and main shopping centre can be found in the east, while the west side is somewhat quieter, with its own share of cafes, restaurants and hotels. Looe is blessed with a beach and has lots of attractive buildings, including the Old Guildhall in East Looe, built in 1500. 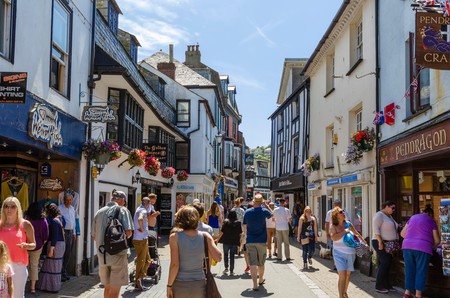 There’s a lot about Penzance that is unusual and memorable. The name comes from Pen Sans, which means holy headland, and it’s the most westerly major town in Cornwall and a thriving commercial hub for the Land’s End peninsula. It faces the English Channel and has one of the mildest climates in the UK, with palm trees and sub-tropical gardens. It has a fascinating history, evident in its striking and grand architecture, as well as the many ancient sites in the surrounding areas. 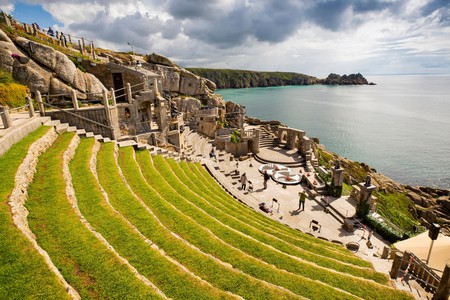 Minack Theatre in Porthcurno, near Penzance | © travelib culture / Alamy
Give us feedback