The Most Beautiful Parks in Brighton, UK 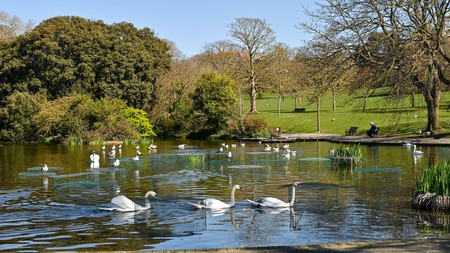 There’s more to Brighton than its beach and brightly coloured sticks of rock. Britain’s hippest seaside resort also has an attractive array of green spaces lounging alongside its slew of vintage stores, galleries and vegan cafés. To help you stray off the beaten pier and into somewhere leafier, we’ve asked our local insiders to recommend some of Brighton’s best parks. 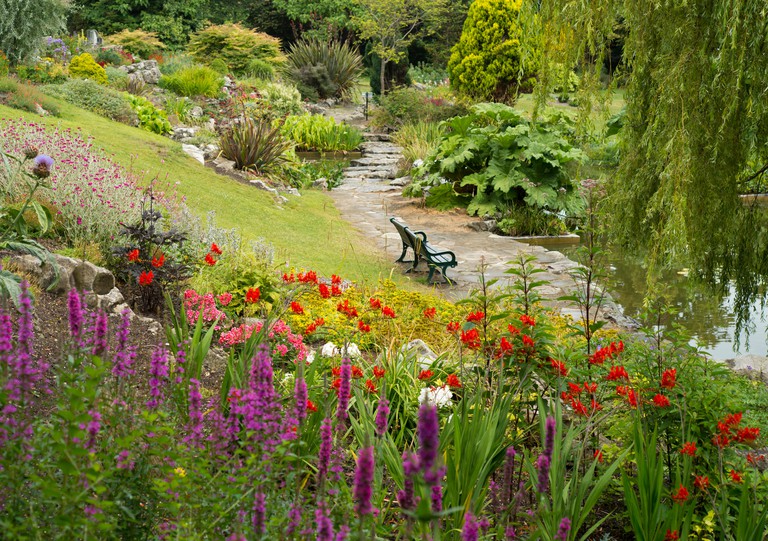 © Hugh Threlfall / Alamy Stock Photo
Day-trippers head for the expanses of Preston Park; those in the know cross the road and throw down their picnic blankets in The Rockery. The tiny garden is straight out of a fairytale: elegant bridges curl over a lilypad-filled lake (also crossable via stepping stone), perfectly chiselled rocks tumble down smooth green slopes into jewel-toned trees, and there’s even a tiny waterfall trickling away in a corner. Don’t worry if you forget your picnic; the Chalet Café is less than a minute’s walk away for takeaway sandwiches and pastries galore. Recommended by local insider Clare Scott

One of Preston Park’s well-looked-after offshoots, this fragrant garden is at its best in the morning, when you’ll only be joined by the occasional jogger and the faint humming of bees. If you’re one such early bird, grab your caffeine fix from adjoining 1920s-style café, The Rotunda, before waltzing between the bushes. A balmy evening, however, calls for coffee to be swapped for cider as you savour a heavenly sunset among the roses. Recommended by local insider Clare Scott 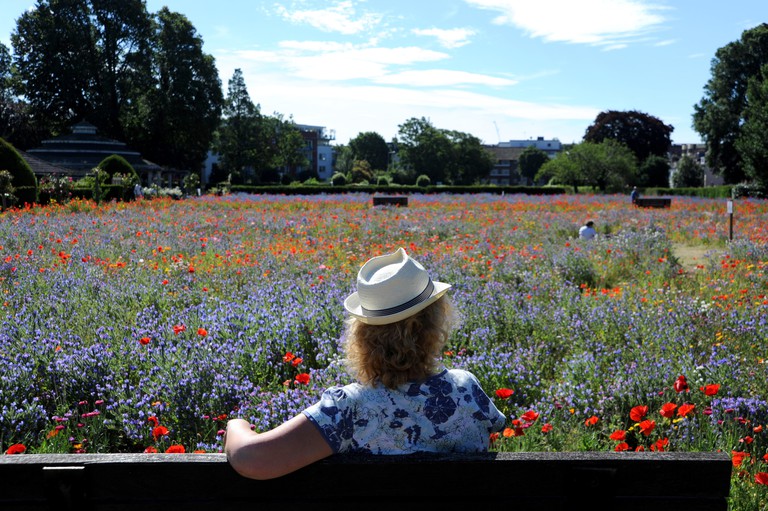 © Simon Dack News / Alamy Stock Photo
What started as a preened-to-perfection bowling green has now gloriously morphed into an overgrown wildflower meadow. It’s best visited in the spring, when the rows of tall grasses are embellished by a tapestry of flowers as bright as the beachside bathing boxes – and in just as many colours, too. What’s more, it’s usually only frequented by the odd dog walker, leaving you to snap your Instagram photos in peace. Recommended by local insider Ellie Ricketts 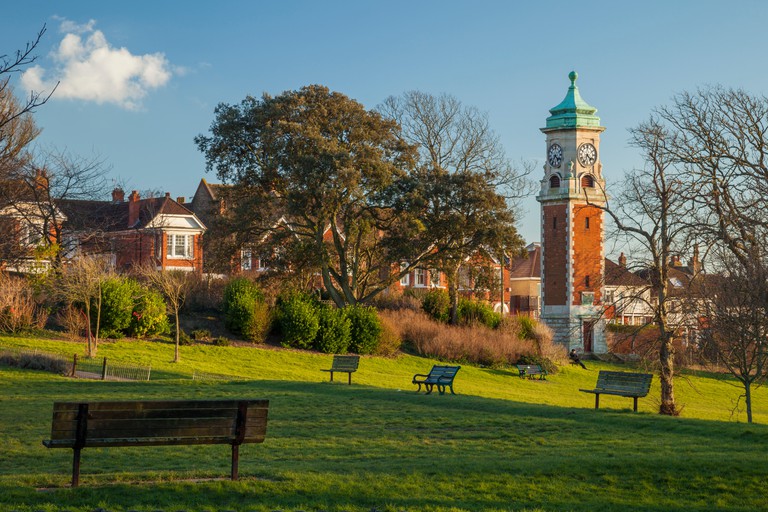 © Slawek Staszczuk / Alamy Stock Photo
After spending a morning rummaging for bargains in Kemptown’s overflowing vintage shops, Queen’s Park is a welcome reprieve. First things first: lunch. Follow your nose to industrial-chic Lady Marmalade café, and grab a flat white and one of the sultana scones to go. Next, munch on the hoof as you embark on a peaceful rotation of the park’s lake; you’ll only be disturbed by the overzealous duck population. Recommended by local insider Clare Scott

Where in Brighton can you enjoy an undisturbed view of the beach while tucking into al fresco eggs on toast? Answer: Dyke Road Park. Poised up in Prestonville – Brighton’s highest point – and home to a reasonably priced café, the park is ideal for squinting at the glittering sea over brunch. Fancy some entertainment closer to hand? There’s also an open-air theatre company that puts on enthusiastic performances from Shakespeare to ABBA Mania all throughout the summer. Recommended by local insider Ellie Ricketts