The History Of The Iconic Stonehenge

Produced by a culture that left no written records behind, Stonehenge is one of the most important prehistoric landmarks on the British Isles, located in Wiltshire, England. What we see today is the final remains that were completed about 3500 years ago. The site and its surroundings have been marked on the UNESCO’s list of World Heritages Sites since 1986. Much about Stonehenge remains unknown and a number of myths still surround the stones. We take a look back at the history of the impressive historic monument.

From the earliest period of its existence, Stonehenge seems to have been associated with a burial site. The original saw a large earthwork built around 3100 BC, comprising of a circular ditch and bank, alongside the Aubrey holes — these are the round pits in the chalk, about a metre wide and deep, named after their discoverer John Aubrey. This stood in open grassland on a slightly sloped area, covering a diameter of 110 metres.

During excavations conducted by William Hawley in 1920 the remains were exhumed and considered unimportant, but were reunited into one hole in 1935. Further, during more recent excavations in 2013, they found more than 50,000 cremated human bones in some of the chalk filling, which were originally buried individually in the Aubrey holes. Despite the discovery of human remains, it is assumed that the holes themselves weren’t built as a grave but as a part of a religious ceremony, as the remains are hundreds of years younger than the monument itself. Not to mention that they also identified the bones of deer and oxen as well as some worked flint tools in the bottom of the ditch. 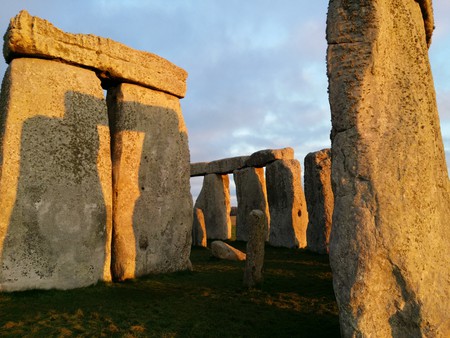 Evidence of the second phase that occurred around 3000 BC is no longer visible, however the number of postholes suggests that some form of timber structure was built within the enclosure, as those holes seem much smaller than the Aubrey holes. It seems that during that time, whatever the initial function of the Aubrey holes were, it one day became a crematory —as at least 25 of the holes contained cremation burials. This makes Stonehenge the earliest known cremation cemetery on the British Isles. 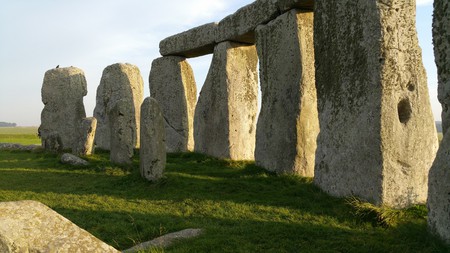 From Timber To Stone

Further excavations have indicated that in favour of stone the builders abandoned timber around 2600 BC, and two concentric arrays of holes were dug in the centre of the site. The stone sockets are only partly known, as there again is little evidence for this phase. However, it is believed that there could be remains of a double ring. The holes once held up to 80 standing stones of which only 43 can be traced today. It is generally thought that those bluestones were transported by the builders from the Preseli Hills, 150 miles away in modern-day Pembrokshire in Wales. Other stones may have been small sandstones. By lifting and carrying them on rows of poles and rectangular frameworks, the stones, which weighed about two tonnes, could have been moved. What today is known as the Altar stone is almost certainly derived from the Senni Beds in Wales.

During the same time the north-eastern entrance was widened as well, precisely matching the direction of the midsummer sunrise and the midwinter sunset of that period. The small standing stones were supposedly removed and the holes were purposely filled. The Heelstone, a Tertiary sandstone, is assumed to have been erected during this time, however it cannot be accurately dated. At first it was accompanied by a second stone, which is no longer visible. Inside the north-eastern entrance, two or possibly three large portal stones were set up, of which only one remains today, called the fallen Slaughter Stone. Furthermore, a parallel pair of ditches and banks leading two miles to the River Avon was added to the monument. 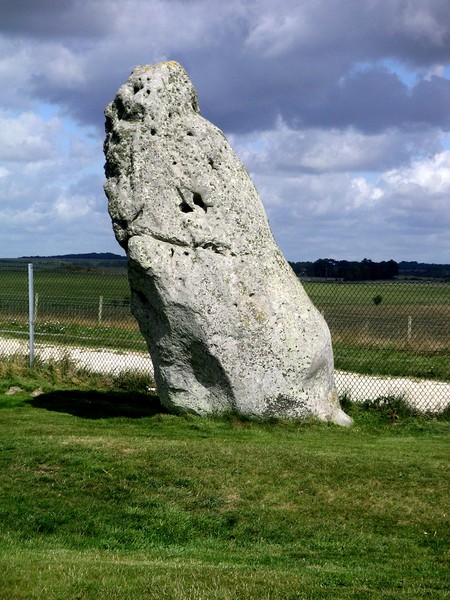 Enormous sarsen stones were brought to the site during the next major phase of activity, which is believed to have come from a quarry about 25 miles north of Stonehenge or from a ‘litter’ of chalk downs closer to hand. Thirty of them were erected as a circle of standing stones with a ring of 30 lintel stones resting on top. However, a total of 75 stones would have been required to complete the circle. At first it was thought that the ring had been left incomplete on purpose, but during an exceptionally dry summer in 2013 patches of parched grass were revealed, which may correspond to the location of the removed sarsens.

Within this circle stood five trilithons of sarsen stone symmetrically arranged in the shape of a horseshoe with its open end facing north east. All the stones were dressed and fashioned with mortise and tenon joints, and the lintels were fitted to one another using a woodworking method called the tongue and groove joint. With the final visual design in mind, each stone had been finalised: the upright set of stones were widened slightly towards their tops to keep their shape consistent when viewed from the ground, and the lintel stones were curved slightly to maintain the circular appearance of the earlier Stonehenge. The inward facing surfaces of the stones are also much smoother and more finely worked than the outer surfaces. 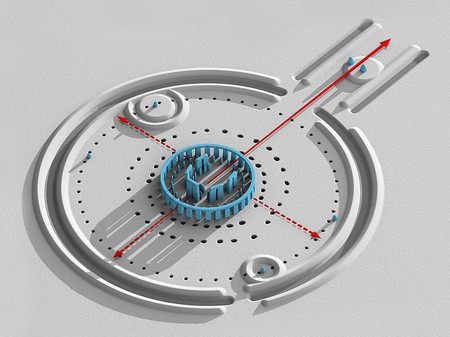 During And After The Bronze Age

Later in the Bronze Age, between 2400 and 2280 BC, the bluestones were re-erected and placed within the outer sarsen circle, eventually being trimmed in some way. The phase saw further rearrangements of the bluestones as they were arranged in a circle between two rings of sandstones and again in an oval at the centre of the inner ring between 2280 and 1930 BC. It is assumed that the Altar stone had been moved within the oval at this time and re-erected vertically. Despite seeming to be the most impressive phase of work, Stonehenge was rather shabbily built during that age and began to fall over.

Soon afterwards they removed the north eastern section of the bluestone circle, creating a horseshoe-shaped setting. The last known constructions at the monument were holes built around 1600 BC. Stonehenge’s last usage was possibly during the Iron Age, as it is unknown if it was in continuous use throughout the British prehistory and beyond, and further how exactly it had been used. 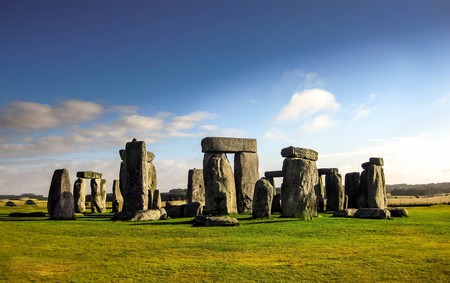 Today, Stonehenge consists of a number of structural elements, mostly circular in plan. There is a circular ditch, with a bank immediately within it, all interrupted by an entrance gap on the northeast. At the centre of the circle you will see a layout that creates a horseshoe effect, consisting of tall uprights of sarsen sandstone that is further encircled by a ring of tall sandstones uprights. Additional stones include the Altar Stone, the Slaughter Stone, two Station stones, and the last standing stone outside the entrance, the Heel Stone. On the inner edge of the bank there are still empty stone holes.

As you can determine from its history, the Stonehenge we see today represents Stonehenge in ruin. The original stones had been removed by previous generations or have fallen. Over the years it has undergone several restorations and some of its boulders have been reset to prevent them from collapsing. Still, Stonehenge has become one of the most famous and recognisable sites in the world and draws more than 800,000 tourists each year.