The Television is Outdated: True or False?

In a Netflix and Twitter world, is the television still relevant? We take a look at the position of television in a world caught up with streaming and immediate media gratification.

When a death occurs and it doesn’t remotely come across as a surprise, it’s a telling image: it’s indicative of something that has overstayed its welcome. Last year, when the BBC announced that its youthcentric channel, BBC3, would be going off air, it didn’t come as a surprise. The station’s flagship show, Jack Whitehall’s Bad Education, tended to air a week ahead of the TV schedule on iPlayer, encapsulating how out of sync the audience and the broadcasters were.

For a generation schooled in England during the 80s, the television was probably the young person’s favorite piece of technology. Not anymore – it seems to be something of an afterthought these days. The pleasure that used to be derived from a television can now be sought through the new favourite – the computer. Even if there is a desire to watch a particular programme live, there are many options available that may enable you to do so – via iplayer and 4OD in the UK. Movies and TV shows tend to hit the internet before they reach TV, albeit illegally in most cases. 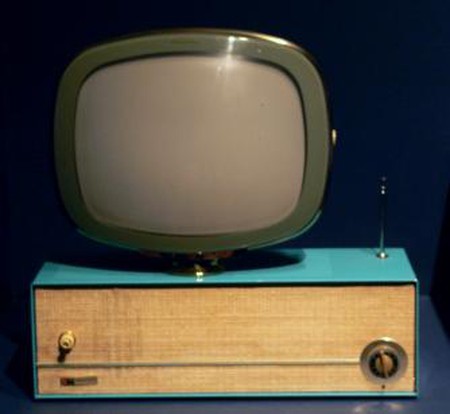 The television as a medium is thought to have been dying slowly for a while. The constant cancellation of TV shows by the big networks tells us that the producers have made mistakes. Key to the sustainment of the television was the ticking over of various news channels. With the internet, seminal channels such as CNN have seen their functionality decrease – what was the selling point (Bbeaking news) has now become available everywhere. Most people can now access emails and news on a device 20 times smaller than a TV – a smart mobile telephone – a device indeed, that can even accompany the consumer to the toilet.

The future appears to lie in streaming and more carefully tailored content. Netflix has certainly changed the game in recent times. On Valentine’s Day last year, the second season of Netflix’s House of Cards was released. All the episodes are released at the same time, meaning cliffhangers and suspense have been told where to go. Binge watching is now the new favourite indulgence. Netflix and other streaming services have a greater grasp of what the audience are looking for from television in the 21st century.

Central to the television’s predicted demise is the often dictatorial manner in which it operated. Television provides limited options. The schedule is what it is and whilst you can play around with it (thanks to the ‘Record’ and ‘Box Office’ mechanism), the options are what they are. Streaming portals like Netflix and Iroko TV (the African premier movie streaming service) provide a far wider range of options.

Indeed, Iroko TV is an ideal piece of evidence to highlight the shift away from the Television even in an under developed technological space. At present, Iroko has a library of more than 5,000 movies, sourcing these from the source itself – the film makers who sense an opportunity to leverage their work in an environment that has otherwise been infested by pirates. In essence, Iroko has given the film maker a larger audience to share his work and the opportunity to make more money than he otherwise would.