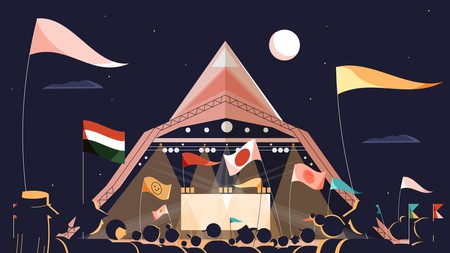 It may be the most magical place in the world, but Glastonbury Festival can be daunting for a first-timer. Have no fear: from how to get there and where to camp to locating the loo, Culture Trip has the ultimate Glastonbury guide to help you survive and enjoy the UK’s greatest festival.

Glastonbury Festival is located on the grounds of Worthy Farm in Pilton, Somerset. Those travelling by rail should get a train to Castle Cary and hop on one of the free shuttle buses that run between the station and the festival site. You can get a train from most major stations, with direct routes running from London Paddington and Bristol Temple Meads. There are also coaches that travel from 70 locations across the UK direct to the festival grounds and plenty of local buses you can catch from nearby towns, including Bath and Glastonbury Town. Those travelling by car will have to buy a parking pass in advance. There are multiple car parks to choose from, and they’re open from 9pm on the Tuesday before the festival.

The festival gates open at 8am on Wednesday morning, and while the live music doesn’t kick off until Friday, there’s plenty to do and see in the run-up to the main event. If you arrive early, use this time to nab a great camping spot and explore the grounds. There’s plenty of food, drink and entertainment available during those first few days, as well as late-night party spots such as Shangri-La and Block9. 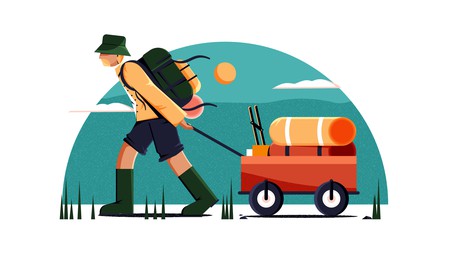 There are several designated areas for camping across the festival grounds, with each offering its own vibe. A lot of festival regulars flock to Row Mead, a hilltop site with a view of the Pyramid Stage. There’s also Pennard Hill, which is a favourite with partygoers due to its proximity to Glastonbury’s infamous ‘naughty corner’ – a cluster of the festival’s best late-night spots. Also popular is Oxlyers, known for its centrality, though this low-lying campsite is among the most likely to end up swamped if the weather turns bad.

The southwestern campsites of Baileys, Paines Ground and South Park 1 and 2 are well located, but quiet enough to get a decent night’s sleep. If you’re attending Glastonbury with kids, there are also a couple of family camping grounds: Cockmill Meadow and another located towards the northern end of the site, near the bus and coach station.

In general, the higher up you set up camp, the less likely it is that your tent will end up being flooded. There are stewards in every campsite to help with issues and emergencies, and it’s a good idea to pitch your tent near a recognisable landmark or to mark it out clearly with a flag; a lot of campsites fill up very quickly on the day the festival gates open, and it can be impossible to find yours in a sea of similar-looking tents.

As you might be walking for miles to find a camping spot, you should try to pack light. Other than your tent and your ticket, all you really need are wellies, plenty of spare socks and lots of baby wipes – everything else is a luxury. There are even places to buy a blow-up airbed and quilt on-site, if you don’t fancy carrying a sleeping bag. Check out Culture Trip’s full list of things to pack for Glastonbury.

The Glastonbury Festival stages and areas

As one of the world’s biggest music and arts festivals, there are countless stages, venues and areas, offering everything from live music and comedy to poetry and arts and crafts. Each area feels like a mini-festival in itself, and the best way to experience Glastonbury is to try out as many as possible. It’s unlikely you’ll get to see every act on your list, so try not to over-plan. Even so, there are some must-visits; check them out below, but keep in mind that this is by no means a comprehensive list.

The Pyramid Stage is where you’ll find the high-profile acts; this iconic stage has been headlined by the likes of The Rolling Stones, Beyoncé and David Bowie.

The Acoustic Stage does what it says on the tin: head here for blues, folk and rock’n’roll.

West Holts is the go-to spot for hip-hop, soul, electronica and R&B.

Shangri-La, one of Glastonbury’s most well-known late-night spots, is a weird and wonderful festival within a festival. Get here early (before the headline acts finish their sets) to avoid queuing.

The Healing Field is where you can have a massage, join a cult, do some arts and crafts or simply chill out listening to an aged hippie teaching you how to ‘be the sunshine’. Many a lovely afternoon can be spent here.

The Stone Circle has become a household name for a reason; make sure to experience it at sunrise.

The Park, comprising bars, food stalls, stages and a tall ribbon tower, is a much-loved area of the festival. Keep an eye on the ‘special guests’ slot on the Park Stage, which has in previous years seen Radiohead singer Thom Yorke and Biffy Clyro perform secret gigs. It’s also here that you’ll find The Rabbit Hole, located in a rather unassuming-looking bar, perhaps identified by a large clock or white rabbit. If you can solve the riddle, the doorkeeper will let you in.

Arcadia and Block9 are for dance-music lovers.

Kidzfield may be the festival’s family hub, but it’s just as much fun for parents as for kids – expect magicians, circus performances and more. 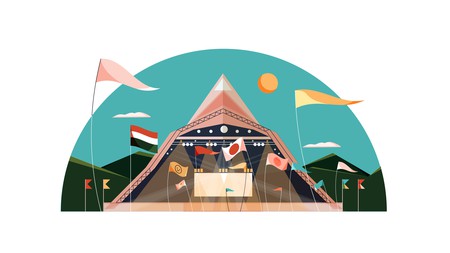 Eating, drinking, washing and using the loo at Glastonbury Festival

Don’t bother stuffing your bag with cereal bars; you’ll need proper fuel to make your way around the place, and the quality and range of the food on offer at Glastonbury is unparalleled. There are over 250 food stalls to choose from; whether you’re after some homely tea and toast or stodgy mac and cheese, Glastonbury has a spot for you. There are plenty of places to grab a pint, too, from the famous Cider Bus to the Avalon Inn. If you’re on a budget, you can always bring your own spirits into the festival, as long as they’re decanted into a plastic bottle.

There are various toilets across the festival grounds, from compost loos to the dreaded long drops. Urinals and ‘she-pees’ (female urinals) can also be found throughout the site, and there’s a rumour that the Big Ground campsite has loos you can flush. Bring your own toilet roll, as well as wet wipes, a washcloth and soap – there are only a small number of showers available, in the Kidzfield and Greenpeace Field.

Traffic will be chock-a-block on Monday, which can be a nightmare if you aren’t feeling your best after five days of partying. Glastonbury officials advise that you leave between 1am and 7am on Monday to avoid the worst of the queues. 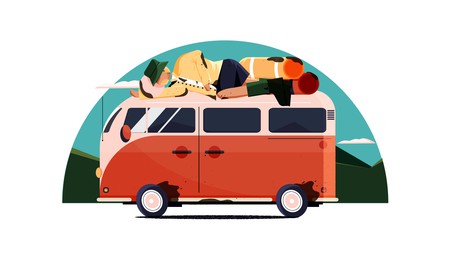 This article is an updated version of a story created by Sophie Foot.