The Coolest Places to Live in Oxford 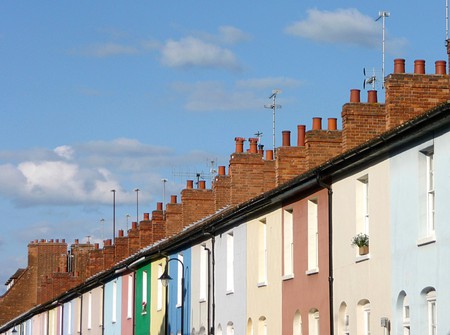 Step away from the historical centre of Oxford and you’ll be amazed at the different neighbourhoods and communities that make up the city. Here, we round up some of the hippest and more unusual places to live in Oxford.

Just about a 10-minute walk from the city centre, Jericho is one of Oxford’s hippest neighbourhoods. Attracting a cool, bohemian crowd, Jericho is packed with independent shops and eclectic cafés that contribute to the vibrant atmosphere. Home to some fantastic Georgian and Victorian architecture, Jericho is a conservation area, which helps ensure the historical buildings maintain their character, including the pretty rows of coloured houses favoured by Instagrammers. Gently buzzing through the day, it’s at night when Jericho really comes to life as the pubs, bars and live music venues fill up with students and locals.

The Oxford suburbs might not spring to mind when you think of the coolest places to live, but 2 New High Street, Headington, is no ordinary address. In the early hours of 9th August 1986, a 25-ft fibreglass shark appeared in the roof of the terraced house, and it’s been causing a stir ever since. The headless sculpture was commissioned by the house owner at the time, Bill Heine, and after years of legal battles with the city council over its right to be there, the Headington Shark is now a beloved part of the Oxford skyline. Bill’s son, Magnus, currently owns the house, which is arguably among the most coveted—and quirkiest—addresses in the city.

With a mix of residents, including students, Cowley Road is a cosmopolitan, ethnically diverse neighbourhood that is seriously on the up. Quirky vintage shops and cafés sit alongside colourful street art and possibly the coolest cinema in the city, an architectural beauty of a place called The Ultimate Picture Palace. Each year the community comes together for the Cowley Road Carnival, Oxford’s biggest street party that includes a day of parades, music, dancing and food that celebrates the diversity and creativity of the people who live here.

On the River Thames

There’s something very romantic about the idea of living on the water that runs through this historic city. Houseboats moored along the Oxford stretch of the River Thames are in easy walking distance to the city centre, but living here will feel worlds away from city life, and you’ll be surrounded by nature and some of the prettiest sights rural Oxford has to offer. Living on a houseboat is all about embracing a more laid back, traditional way of life, so why not dip your toe in and rent first before taking the plunge?